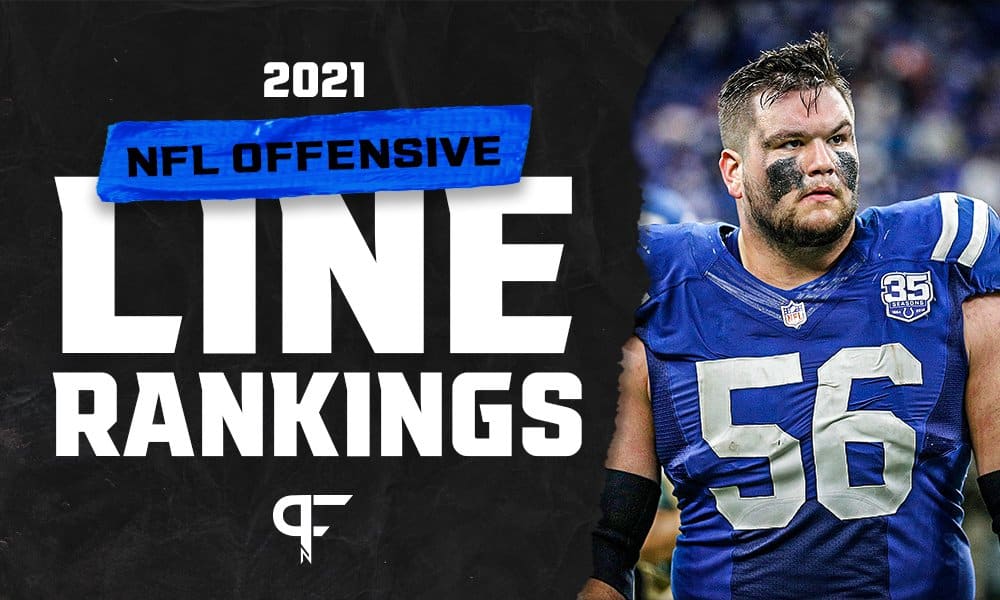 Which teams sit in the middle tier for the best offensive line groups in the NFL in 2021?

Seattle’s offensive line has been in sharp focus throughout this offseason. Largely viewed as the reason for Russell Wilson’s desire to be traded, the group is not as bad as many have made it out to be. Duane Brown is in the region of the top 10 OTs in the league, and Brandon Shell is a more than competent piece opposite him. They combined for just 24 blown blocks on over 1,600 snaps last season.

In terms of the interior group, Damien Lewis struggled with 30 blown blocks, 9 penalties against him, and 5 run stuffs credited to him. Ethan Pocic and Gabe Jackson performed better than Lewis in 2020, and the group is by no means as poor as stipulated during recent months.

The Eagles offensive line is a conundrum as to how it will perform in 2021. The combination of Jason Kelce, Brandon Brooks, and Lane Johnson is a talented trio on the right side. Kelce and Johnson both had strong showings in 2020, but Johnson could only manage seven games and 385 snaps. Brooks missed the entire 2020 campaign, and now over 30, there will be concerns about how he bounces back. The health of Johnson and Brooks is a primary concern for this trio.

The left side of the line is a  relatively unknown quantity. Isaac Seumalo enjoyed a strong outing, ending the season as the starting left guard, which is a role he should reprise in 2021. His partner will be Andre Dillard, who was a first-round pick in 2019. Dillard did not play in 2020 after starting four games in 2019. His performance could make or break this line in terms of their ranking in 2021.

Tennessee will return a core inside group of Ben Jones, Rodger Saffold, and Nate Davis that produced solid results in 2020. Jones and Davis are largely league average; Saffold sits in the next tier. Jones and Davis combined for 27 blown blocks on run plays last season, which for an offense revolving around Derrick Henry is a clear area for improvement.

The real test for this Tennessee offensive line will come outside at tackle. Taylor Lewan has been a key player, but he is entering his age-30 season — and he missed 15 games in the last two seasons. If he struggles to remain on the field, this group could look vulnerable. His partner will likely be rookie OT Dillon Radunz. There will be a sharp learning curve for Radunz after being selected out of North Dakota State in the FCS.

The Detroit Lions offensive line has the potential to finish the 2021 season as one of the best in the NFL. Adding Penei Sewell to Taylor Decker at left tackle can be the best tackle combination in the league. Combine that with Frank Ragnow at center, and the framework is there for the Lions to be a formidable group up front. Ragnow and Decker combined for a total of 15 blown blocks over 1,800 snaps. Sewell’s transition to right tackle could see him struggle at times in 2021.

The guard position is where the question marks really come. Halapoulivaati Vaitai was credited with 8 sacks and a 3.9% blown block rate last season. However, he took snaps at both guard and tackle in 2020. With the ability to settle at guard and remain there, we could see Vaitai develop significantly in 2021. At left guard, Jonah Jackson produced a solid rookie season. If he can develop in 2021, this line could be near the top of the offensive line rankings after the 2021 season.

This Buffalo Bills offensive line is a bit of an enigma. On one hand, they are returning five linemen from last year, which is a huge plus. That consistency among a unit is huge. The downside is that outside of Mitch Morse and Daryl Williams, some of their numbers leave areas for improvement.

Dion Dawkins had more blown blocks (32) than Morse and Williams combined (30). At 6 sacks, he led the team with a sack percentage of 1%. The competition at guard will likely be between Jon Feliciano, Cody Ford, and Ike Boettger. Of those three, Feliciano was the best, with a blown block percentage of 3%. None of them are bad options, but all need to develop if this Bills offensive line is to be among the best in the NFL in 2021.

With two tackles that ranked inside Pro Football Network’s top 20 OTs, the 49ers have a fantastic base in Mike McGlinchey and Trent Williams. Williams was his usual solid self in 2020, but McGlinchey struggled. His 3.6% blown block rate was not exceptionally high, but he was credited with 5 holding penalties and a combined 12 sacks and run stuffs.

The interior of the line is largely average — they return Laken Tomlinson and Daniel Brunskill at guard. Both played over 1,000 snaps last season with a total of 57 combined blown blocks. Alex Mack at center will join them. Mack will be playing for his third different team, having spent seven years in Cleveland and five in Atlanta. Once considered the best center in the league, Mack is now around league-average at the position.

It is a shame that we will not see Ja’Wuan James suit up for the Denver Broncos in 2021. A combination of James and the impressive Garett Bolles at tackle could have been formidable. Bolles took a huge step in 2020, finishing the year with just 10 blown blocks, resulting in a combined 2 sacks and run stuffs. Instead, he will be partnered with Bobby Massie, who has room for improvement this year.

There is consistency on the interior with Graham Glasgow, Dalton Risner, and Lloyd Cushenberry. Risner was not credited with a single penalty in 2020, while Glasgow produced solid numbers across the board. Cushenberry appears to be the weakness, having posted 36 blown blocks and allowing 11 combined sacks and run stuffs. Look for Quinn Meinerz to push Cushenberry for that starting role in camp.

Arizona has put together a solid group across their offensive line. The addition of Rodney Hudson anchors a group that has a lot of talent surrounding him. Hudson was a top-10 option at the center position last season and has missed just one game in the last five years.

The group of D.J. Humphries, Justin Pugh, Justin Murray, and Kelvin Beachum is a good group that does not stand out for any significant reason, other than Humphries being one of the highest-paid tackles in the NFL. The group combined to allow 11 sacks and 9 run stuffs on over 3,500 total snaps.

Losing left tackle Anthony Castonzo is the only thing that stands between the Colts and a top-10 ranking among the best offensive lines heading into 2021. They signed Eric Fisher, who could be an adequate replacement, but he could start the year on the PUP list. That leaves Sam Tevi, Julién Davenport, or Jake Benzinger starting at left tackle to open the season.

The remaining four are a fantastic combination. Ryan Kelly ranks among the best centers in the game, while Quenton Nelson was named PFN’s top interior offensive lineman. They are complemented by Braden Smith and Mark Glowinski, who are both slightly above league-average at their position. Kelly, Nelson, and Smith had a combined 49 blown blocks on nearly 3,000 snaps. Glowinski played slightly worse with 26 blown blocks at a rate of 2.6%.

Individually, the Chargers arguably have the best offensive line collection in the NFL in 2021. The concern is the cohesion between the unit. Only Bryan Bulaga returns from 2020, and he managed just 421 snaps. The other four projected starters are all new additions who will need time to gel.

Still, all of them are very talented. Corey Linsley is one of, if not the best center in the league. Both Matt Feiler and Oday Aboushi returned good performances last season. Add in the first-round selection of Rashawn Slater, and there is a lot to be excited about. One slight concern is that Slater was viewed as a long-term guard candidate by PFN Chief Draft Analyst Tony Pauline. If he struggles at left tackle, this line could fail to meet its potential in 2021.