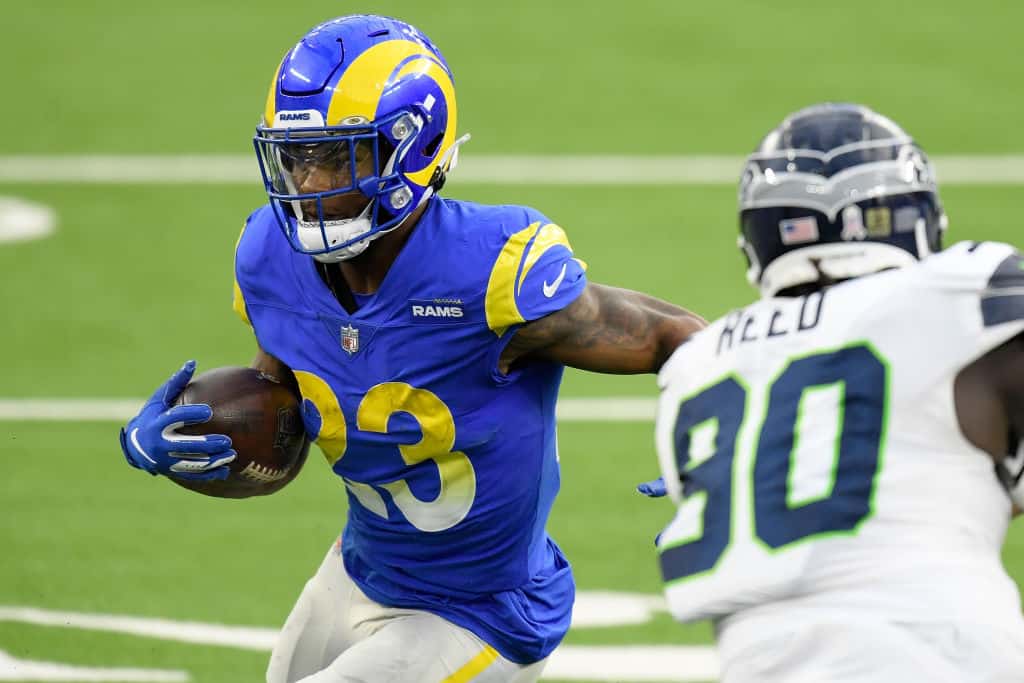 Week 13 of the fantasy football season is here, which means the playoffs are on the near horizon. With fantasy championships and pride on the line in Week 13, who are the prime waiver wire targets and potential pickups to get us over the hump and into the playoffs?

Let’s take a look at a few of the best quarterback options.

Rivers has had plenty of peaks and valleys this season. I want to believe this week will be a multi-touchdown performance against a 28th ranked Texans defense that gives up a plethora of fantasy points to opposing gunslingers, and Rivers has very favorable matchups lined up over the next few weeks. He has become one of the many QB streaming options at this point in his career, but in these final few weeks, he could be more valuable than a streaming option.

Newton has been the Jekyll and Hyde of fantasy leagues this season. This week, he can hopefully be more Hyde, with a favorable matchup against the Chargers, whose secondary will be missing Casey Hayward, which will help Newton’s passing stats. Newton also handles some of the carries in the red zone for the Patriots, which gives him a nice ceiling in any given week if he can find the end zone once or twice.

Other quarterbacks to consider adding in Week 13:

Let’s take a look at a few of the best running back options.

Akers had a tremendous second half this past week. He received nine of the 10 second-half carries and posted 83 yards and a score, along with being utilized in the passing game. Akers also muscled his way for two yards after contact per attempt, which was impressive. I’m hoping this is a sign of more to come.

Washington received more snaps than Matt Breida last week. Anticipating that Myles Gaskin is still a week or two away from returning, Washington could be a great week 13 pickup against a Bengals rush defense that is one of the worst in the league.

According to Adam Beasley of the Miami Herald, Washington was not present in the practice portion open to the media on Wednesday, which means you should look to exercise caution. However, if you are looking at some potential injury concerns at the RB position, then Washington could prove to be an excellent addition if he can get back on the practice field.

It has been a good two weeks for Latavius Murray. He has now out-touched Alvin Kamara in two straight weeks, putting up 173 rushing yards and two touchdowns in the process. Kamara has been limited in practice the last two weeks, and with Murray being successful, the Saints may decide to roll with Murray more down the stretch. Those potential opportunities make Murray a perfect player to target among your waiver wire pickups.

Other running backs to consider adding in Week 13:

Let’s take a look at a few of the best wide receiver options.

Mims’ target share is a hefty one, especially in the red zone, where he has seen the joint-third most on the team. That, combined with the fact the Jets are always playing from behind, makes Mims a solid flex play for the remainder of the season.

John Brown is on IR, which opens the door for Davis to have a much larger role in the Bills 11 personnel offense. Davis’ role is that of the big-play receiver, which he plays extremely well. The Cardinals defense presents a nice matchup for Davis in Week 13, as they allow the 11th most points to the WR position in PPR formats. Additionally, Davis will benefit from Stefon Diggs and Cole Beasley drawing the attention of the Cardinals’ top defenders.

Coming off the back of a monster game against the Detroit Lions in Week 12, Will Fuller has been suspended for the remainder of the season. Fuller’s absence has opened up opportunities among the Texans WR group, and with Randall Cobb on the IR, Keke Coutee could be the perfect player to take advantage.

Other wide receivers to consider adding in Week 13:

Burton is the best pass-catching tight end on the Colts roster. Burton scored last week as he posted 13.3 fantasy points in PPR scoring. He never sees a huge number of targets but averages one red-zone target per game and has caught six of those eight targets for three touchdowns. This week he has a juicy matchup against a Texans defense in a game that has the potential of becoming a barnburner.

Other tight ends to consider adding in Week 13: