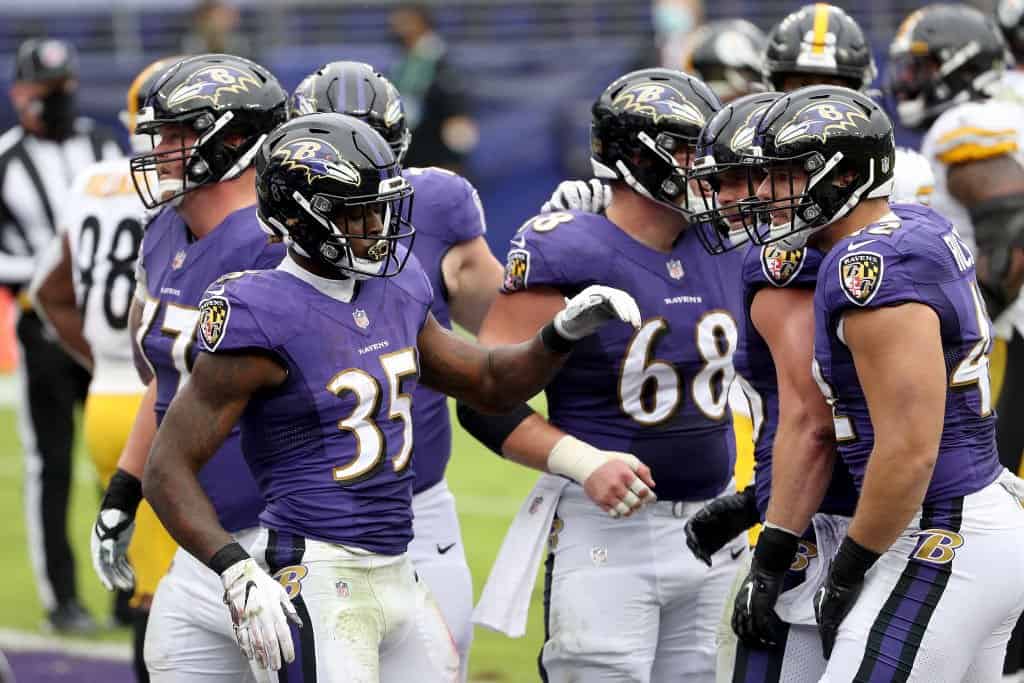 The fantasy football playoffs are just weeks away, and if you are on the fringe, it’s imperative that you get your Week 12 waiver wire targets and pickups right. If you’re already sitting comfortably in the playoffs and can coast Week 13, consider looking ahead to Weeks 14, 15, and 16 to find spot starters before your competition has the chance to do the same. There are intriguing players on the waiver wire this week for fantasy managers (Jakobi Meyers, Michael Pittman Jr.), and players with trepidatious injury designations who may play but be on a snap count, limiting their volume. With the prospects of making the playoffs and winning a championship on the line, let’s take a look at who the top potential waiver wire targets and pickups are in Week 12.

Let’s take a look at a few of the best quarterback options.

Hill did not disappoint starting in place of the injured Drew Brees. With big shoes to fill, Hill completed over 70% of his passes and ran for two scores. Sean Payton called only two designed runs, which was surprising. If by chance, Hill is still available on your waiver wire or thrown back in Wednesday morning because he loses TE eligibility on ESPN fantasy leagues, I would still grab him as a backup QB and stream him in favorable matchups.

Carr is having quite the fantasy season, and was impressive, tossing 3 TDs in his second matchup against Patrick Mahomes. The Raiders travel to Atlanta this week which will be a juicy matchup for Carr. With some of the most favorable pass defense opponents in the next few weeks, Carr could be that guy who helps you bring home a championship.

Other quarterbacks to consider adding in Week 12:

Let’s take a look at a few of the best running back options.

If the Ravens game gets played, Gus Edwards should be the featured back (aka bell-cow) for the Ravens against the Steelers. Bad weather is expected, so this should be a ground-and-pound type of game.

Related | Week 12 WR injury report, names to be mindful of this week

Pittsburgh is allowing over four yards per carry, and last time Edwards faced the Steelers he had 16 carries for 87 yards and a score. #GusTheBus!!! Justice Hill could be a decent flex play as well.

The Giants are coming off a bye week, therefore someone in your league may have tossed him back into the waiver wire pool. If so, grab him! Gallman is the featured back for the Giants and has a favorable matchup this week against a Bengals rush defense allowing ball carriers to run rampant.

If D’Andre Swift is inactive, Johnson could be a sneaky good play this week in fantasy. He out-snapped Adrian Peterson and was more utilized in the Lions passing game. Chances are they will be playing from behind again and will need him more so than AD.

Other running backs to consider adding in Week 12:

Let’s take a look at a few of the best wide receiver options.

I have been screaming for weeks now to grab Pittman Jr., and hopefully, you have. Utilized primarily in the first half last week vs. the Packers, he posted 66 yards and a score. The chemistry between him and Rivers is solid, and he has several favorable matchups down the stretch.

Sanders is the Saints’ deep threat option, and now that they have a QB in Taysom Hill, who has the arm strength to take shots downfield, Sanders is a wise addition to your squad this week.

Agholor is coming off a great game against KC last week (six receptions for 88 yards and a TD). He was targeted 9 times. If the volume holds steady, he has a fantastic matchup against the Falcons this week and the Jets in Week 13. Agholor could turn out to be that one magical waiver wire pickup that will get you into the dance.

Other wide receivers to consider adding in Week 12:

Tonyan has six touchdowns on the season. Aaron Rodgers isn’t working with much this season, and it is evident Tonyan is a great target for him in the red zone. One area of concern for the Bears defense is TEs over the middle — this could be a sneaky good matchup for Tonyan.

Other tight ends to consider adding in Week 12:

When do waivers clear in Week 12 — when can I add and drop?

Let’s quickly review when waiver wires clear and how the process works. You may put in claims on players that are currently free agents, but you will not officially add any players until the waiver process concludes in the early hours of Wednesday morning (in most leagues).

Related | Dynasty fantasy football managers: the season is never over, here are buy-low/sell-high targets this week

For most leagues, if multiple people put in a waiver claim for the same player, the fantasy manager with the worst record will be awarded the player. In some leagues, waivers are decided by free agency money allotted to each fantasy manager, and thus you must be careful how much and how early you are spending those dollars.

Any dropped player must be on waivers for 24 hours, and at that point, the waiver wire order will decide who is awarded the target, or if no one bid on the player, the player becomes an “undisputed” free agent.

Always check your league settings to understand all of your unique waiver wire details.