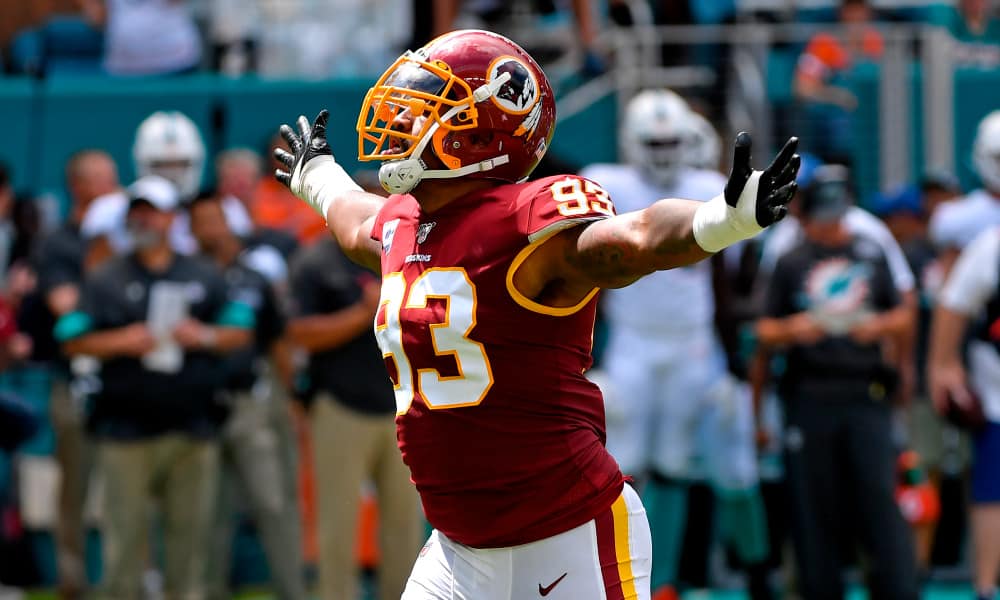 One of the team’s most talented and deepest units, the Washington Football Team’s defensive tackles are one of the top defensive interiors in the NFL. They generate pressure by pushing the pocket and are dominant run defenders. Washington has spent two first-round selections on the position in Jonathan Allen and Da’Ron Payne as well as having developed Matt Ioannidis from a fifth-round selection into one of the top interior pass rushers in the NFL. Who else is currently on the roster, and what can we expect from the players during training camp?

The likely captain of the defense and most well-rounded player on the defensive interior, Allen was widely considered the second-best defensive prospect behind Myles Garrett in 2017. However, arthritis concerns in his shoulders caused him to fall into Washington’s lap. Allen provides a competitive edge on and off the field.

He pushes everyone to be better. Allen is a very good athlete for the position, and he’s technically refined. Allen is a better pass rusher than Payne and a more effective run defender than Ioannidis. He possesses the highest ceiling for the group, and I believe he’ll one day be an All-Pro player in a Washington uniform.

Currently the best player on the defensive interior, Ioannidis has developed into one of the most efficient pass rushers in the NFL. He has been the most consistent pass rusher on the team, registering 20.5 sacks in his four-year career. He’s powerful and his motor runs hot. Ioannidis a quality run defender but the worst of the top three in that particular area.

Ioannidis’ contract is also arguably the most team-friendly of any interior defensive lineman in the entire NFL, making $7.25 million dollars a year. That ranks 57th amongst all defensive linemen in the NFL when an easy argument can be made that he’s among the top 20 in the NFL at the position.

Payne is the worst pass rusher of Washington’s elite trio, but he still has a 5-6 sack upside. Expect Payne to be on the field for every obvious run down, but to be used more rotationally as a pass rusher.

Tim Settle has unfortunately been buried in a great Washington defensive line. However, he’s a hidden gem on the team. I’m not sure there’s another team in the NFL with a fourth defensive tackle as good as Settle. He has elite play strength and pushes the pocket with regularity when he gets in the game. He started only one game last year but registered two sacks, two tackles for loss, and five quarterback hits. An elite depth piece, expect Settle to continue being an impact play-maker.