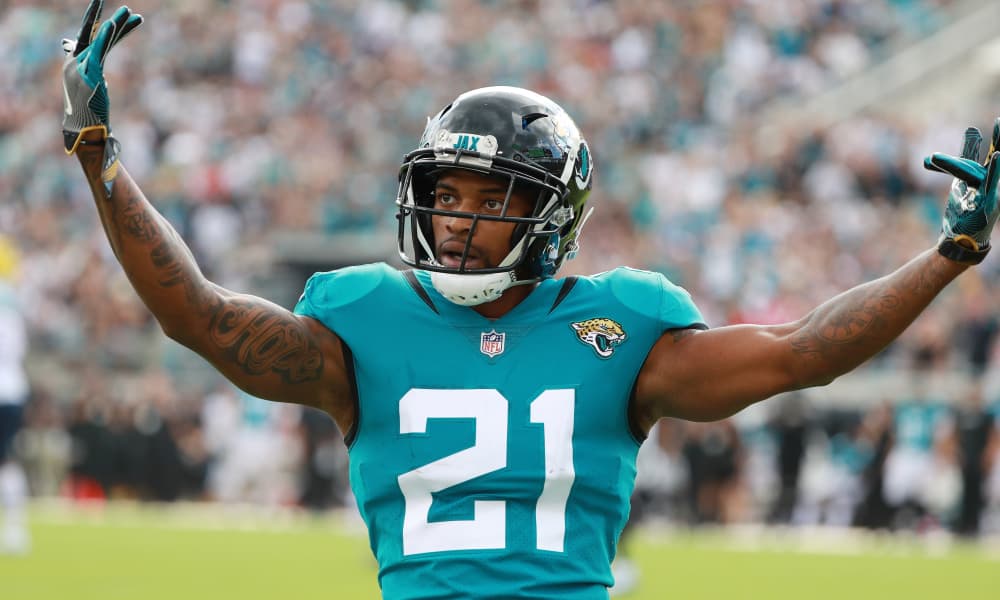 With training camp officially underway for the Denver Broncos, plenty of players will be fighting at their respective positions for a spot on the final roster. In this part of our ongoing series, we will be taking a look at the Broncos training camp cornerback competitions in 2020 and what we can expect from them this season. With a new-look unit after the departure of veteran Chris Harris, Jr., this cornerback group will look to find their leader and their identity during this training camp.

Who are the favored starters at cornerback for the Broncos?

Coming into the 2020 NFL season, the Broncos’ secondary is going to look a bit different than last year’s group. With Chris Harris, Jr. departing for San Diego and the team bringing in veteran cornerback A.J. Bouye via trade, the Broncos will depend on Bouye to take over the number one corner role for this group. However, the question of who will start opposite of Bouye has yet to be answered.

A.J. Bouye ready for a new start in Denver

After having a Pro Bowl worthy-season in 2017 with the Jacksonville Jaguars, Bouye seemed to have struggled in 2018 and 2019. In the last two seasons, Bouye was targeted 158 times and allowed 102 receptions, giving up 1,275 yards and 3 touchdowns and recording 2 interceptions. Bouye, however, will get the fresh start he needs in Denver with head coach Vic Fangio. Bouye fits well within the defensive scheme that the Broncos currently run.

Bouye’s physical style of play and experience working in zone schemes and man coverage make him the perfect number one cornerback for the Broncos. He has the length and ability to cover faster receivers downfield, but also comes down quickly on receivers and wraps them up to prevent extra yards after the catch. Bouye is ready to revive his career and bounce back with Fangio and defensive coordinator Ed Donatell in Denver.

One of Broncos general manager John Elway’s biggest free-agent signings in 2019 was Bryce Callahan. Unfortunately, Callahan has yet to play a snap in a Broncos uniform. A foot injury that had been bothering Callahan previously in Chicago was reaggravated in training camp last year, causing him to sit out the entire 2019 season. Now healthy, Callahan is ready to put 2019 behind him and get back to work in 2020 but will have some competition at CB in training camp.

A veteran in Fangio’s system, Callahan was widely considered as one of the league’s best slot defenders. In 2018 under Fangio, Callahan had 2 interceptions along with 6 pass breakups as a slot CB. Not only can Callahan cover from the slot, but Fangio utilized him on blitz stunts from the nickel position, sending him 18 times and registering 8 pressures, 3 hurries, 3 knockdowns, and 2 sacks in 2018.

As Callahan gets ready for the 2020 season, he is expected to be the starting slot defender for the Broncos, rather than playing on the outside. With his experience in Fangio’s system and hunger to get back on the field, Callahan should transition into this secondary very well. His experience in the scheme will also be crucial for the young cornerbacks to learn from and get better. If Callahan can remain healthy, the Broncos secondary should look much improved.

Could there be a potential battle for the second starting cornerback job?

In the 2020 NFL Draft, the Broncos put the AFC West on notice by selecting back-to-back wide receivers with Jerry Jeudy and K.J. Hamler, but many had thought that Denver would address the cornerback position early. The Broncos ended up selecting Iowa cornerback Michael Ojemudia in the third round, but it wasn’t clear if Ojemudia would be taking over the starting role opposite of Bouye.

Ojemudia is a strong fit for the Broncos defensive scheme and was considered as the fourth-most athletic cornerback in the 2020 draft class, according to his Relative Athletic Score (RAS). However, the rookie is not a sure lock for the starting job.

The Broncos found a gem in former Philadelphia Eagles and AAF CB De’Vante Bausby when they signed him during the 2019 season. Bausby only played in five games for the Broncos in 2019 before suffering a serious neck injury, which caused him to miss the remainder of the season.

In those five games, though, Bausby was one of the Broncos’ best defenders, allowing only eight completions on 15 targets and three pass breakups. Now that he is healthy, Bausby has a legitimate shot at becoming the starter opposite of Bouye in the Broncos ongoing training camp competition at CB in 2020.

The battle between Ojemudia and Bausby will be one to keep your eyes on. Both bring excellent skills to the table, and both have great size as outside cornerbacks. I do believe that Bausby will get the starting nod Week 1, but if Ojemudia progresses well in Fangio’s system, he could very well take over by the middle of the season. Ojemudia has great physicality, but his ability to play disciplined football and keep receivers in front of him will play to his advantage.

Who will be the rotational players for the Broncos at cornerback?

In 2019, the Broncos secondary faced adversity early on in the season when Callahan’s injury caused him to miss the season, and other injuries forced the Broncos to bring in relative unknowns at the position. In 2020, the Broncos’ CB room looks to be a bit clearer, but will still come down to some meaningful competitions.

Bouye and Callahan will more than likely secure starting roles, and either Ojemudia or Bausby will take over the starting role opposite of them. The biggest question that remains is whether or not the depth behind those players can be sustainable and what they can bring to the table for the Broncos.

Projecting the cornerback depth for the Broncos

In 2019, the Broncos kept five cornerbacks on the final roster. With expanded rosters being set in place for the 2020 NFL season and the Broncos’ noted struggles at CB last season, it wouldn’t be a surprise if they kept six players at the position.

Keeping six deep at CB means that there are essentially four players fighting for two spots in the position room. Former third-round selection Isaac Yiadom, Duke Dawson, Jr., Davontae Harris, and undrafted rookie Essang Bassey will be vying for the Broncos’ fifth and sixth spots on the depth chart.

Dawson was a pleasant surprise for the Broncos as a slot defender in 2019, and with Fangio looking to utilize more nickel and dime looks defensively, the need for quality slot defenders becomes more critical. It also helps bode well for Bassey, the undrafted rookie out of Wake Forest, who works very well in zone coverage schemes and is a strong tackler.

Both Yiadom and Harris each had their documented struggles in 2019, but both remain intriguing players for the Broncos. Harris allowed 3 touchdowns on 33 receptions in his first full NFL season, while Yiadom allowed 38 receptions on 54 targets and no touchdowns. Both have good size and could potentially become backups for the players on the outside.

If the Broncos decide to keep six CBs, the projected starters will be Bouye, Callahan, and Bausby for Week 1 against the Tennessee Titans. The backups will likely be Ojemudia, Dawson, Yiadom, and Harris. Bassey could wind up on the Broncos practice squad if Denver decides to keep both Yiadom or Harris.

Still, with the defense requiring more slot defenders, I see Bassey becoming the higher priority over the other outside CBs and could become the beneficiary for the Broncos heading into 2020.