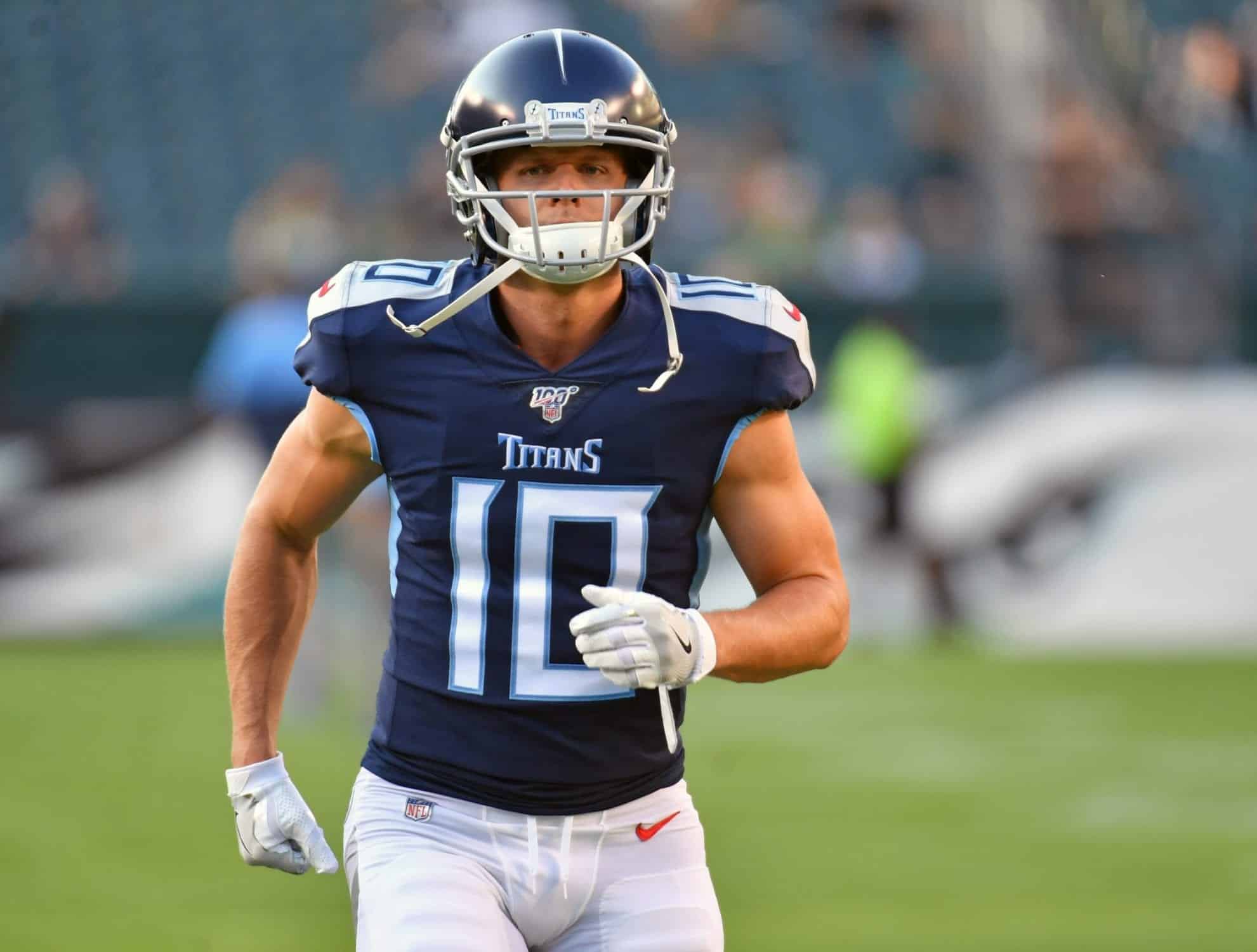 Photo Credit: Eric Hartline-USA TODAY Sports
What's in this article? Click to show
OSM shows why Adam Humphries deserves a bigger role in 2020
Humphries is one of the NFL’s most reliable pair of hands
Separating himself from the rest of the Titans wide receiver room
Lack of production due to lack of opportunity

Humphries was the big signing of the Titans 2019 free agency. After a career year with the Tampa Bay Buccaneers in 2018 with 816 yards and five touchdowns, he was highly sought after with the New England Patriots expected to land the slot specialist. However, the Titans beat out the Patriots, not for the first time in 2019 it would transpire, and landed Humphries on a four-year, $36 million dollar contract.

Related | OSM Back to the Future: Adam Humphries’ top-ranked performance from 2018

Humphries’ receiving statistics through 2019 didn’t marry up to the expectations of his big-money deal. With just 374 receiving yards and two touchdowns, he had statistically his worst year since his rookie season with the Buccaneers.

As 2019 progressed, he was overshadowed by former first-round pick Corey Davis, and the emergence of rookie A.J. Brown. Brown racked up 1051 receiving yards at a hefty 20.2 yards per reception, with Davis adding a further 601 yards. Humphries’ cause wasn’t helped by an ankle injury that saw him miss the final quarter of the season, only returning for the Titans AFC Championship loss to the Kansas City Chiefs.

OSM shows why Adam Humphries deserves a bigger role in 2020

Despite the vast disparity between Humphries production and that of Brown and Davis in 2019, a deeper analysis demonstrates why it would be beneficial for the Titans to utilize Humphries more in 2020.

It may be difficult to understand how a receiver that accounted for nearly 700 receiving yards less than his teammate earns a higher grade. OSM grades are determined using only the factors under an individual’s control and therefore give a true indication of how a player maximizes his opportunities.

For a wide receiver, these are things like catch completion percentage, separation, and yards after the catch versus expectation, as per NFL Next Gen Stats.

Since OSM’s introduction in 2016, Humphries has been a Top 10 wide receiver in the NFL.

How can Humphries grade so highly whilst struggling for production in 2019?

In 2019, Humphries had a career-high 78.7% catch completion percentage, hauling in 37 of 47 targets with only one drop. He was the second most reliable wide receiver, and fifth most reliable pass-catcher (wide receiver and tight end), in the NFL. In seven of his 12 games in 2019, he caught every pass thrown his way. In the Week 6 loss to Denver, Humphries had six targets for six receptions, leading the team with 47 receiving yards and earning an elite OSM grade of 44.37.

Brown (61.9%) and Davis (62.3%) were significantly behind Humphries’ catch completion percentage in 2019. Brown had a 2.4% dropped catch percentage and Davis dropped 5.8% of his catchable targets. This can be partly explained by Humphries playing predominantly as a slot receiver, but he still has to go out there and make tough catches in the middle of the field and he makes them routinely.

Separating himself from the rest of the Titans wide receiver room

Another reason for Humphries consistently high catch completion percentage is his ability to create separation in the middle of the field. Humphries ranked 58th out of 125 qualifying pass catchers in separation and had the best differential between cushion at the line of scrimmage and separation at the point of the catch of all Titans wide receivers in 2019.

Lack of production due to lack of opportunity

The main reason for Humphries’ lack of production in 2019 wasn’t due to how he played, it was down to how the Titans used him, and more specifically how often he was used.

Although injury played its part, Humphries only played 38% of the Titans offensive snaps in 2019.

In 12 games, he only made three starts.

Despite having the best catch completion percentage of all Titans wide receivers, Humphries only received 47 targets compared to 84 for Brown and 69 for Davis. Humphries only accounted for 8.93% of the team’s targeted air yards.

Only one other receiver in the whole of the NFL received less share of their teams’ targeted air yards in 2019, and that was Albert Wilson of the Miami Dolphins.

For the Titans to maximize the return on their investment in Humphries in 2020, they need to get him more involved in the offense. His performances with the opportunities he was given in 2019 more than prove that he deserves it. This was perhaps no better illustrated than in the Week 10 win over the Chiefs where Humphries turned his only reception of the game into a 23-yard, game-winning touchdown.

He uses his quickness to gain the outside leverage and stack on top of the corner. He then gives a nice head fake to the outside before breaking back in. pic.twitter.com/nZImXthIBY

If the Titans provide him with more targets, and he rediscovers his 2018 form in producing yards after the catch, there is no reason why Humphries can’t be to Ryan Tannehill in 2020 what Julian Edelman has been to Tom Brady for so many years in New England.