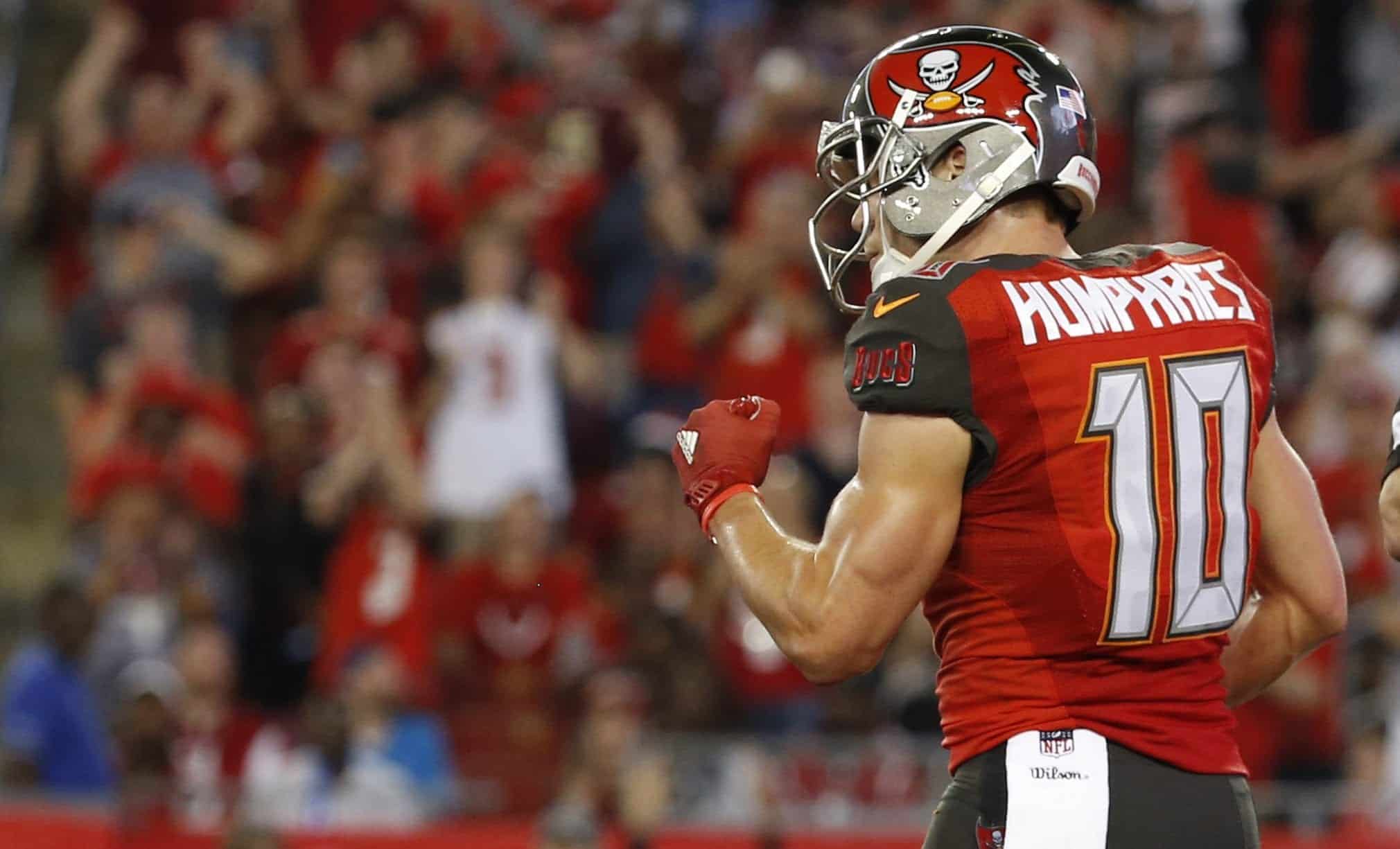 Many players will be switching teams in the coming weeks via the 2019 NFL free agency signing period. For different reasons, players will sign in specific markets and one aspect that cannot be underestimated is systems.

The 2019 NFL Free Agency signing period officially begins March 13. Leading up to the signing period, expect the list of players to continue to grow as teams cut ties with bad contracts.

Highlighted below are a few of this year’s top free agent targets, along with their strengths and system fits. By taking a look at the tape, we’ll examine what these players do well and narrow down potential landing spots. After visiting the defensive side of the ball last week, let’s consider three potential game changers on offense.

Wide receiver Adam Humphries went undrafted before signing with the Tampa Bay Buccaneers in 2015. Since then, however, he has caught 219 passes for 2,329 yards and nine touchdowns. A third of his production came in 2019 and mostly from the slot. According to Pro Football Focus, Humphries lined up in the slot 77% of the time this past season. With that said, the Buccaneers have three receivers under contract through 2019 which will make re-signing Humphries impractical.

Humphries can provide an offense with more than just a capable slot receiver. His ability to line up inside, outside and even in the backfield expands the potential suitors when bidding begins. From the slot, Humphries is a proven threat in the middle of the field. Take a look at this slant route and finish.

Breaking down the film on Humphries

In the clip below, the defender is in a sound position, initially, but cannot make a play on the pass. Humphries shields the ball with his body and secures the catch.

Trust between QB and WR
Below, look at the trust between a quarterback and his pass catcher!

Humphries can be any offense’s Swiss army knife. Watch how the receiver was used in the Buccaneers’ backfield. There’s an innate ability with the ball in his hands that was evidenced in this clip.

Baiting the Defenders
Humphries does a great job of baiting the defenders and helping his lead blockers gain leverage.

This transfers into the passing game as well. See how he makes the first guy miss in the open field.

Making defenders miss
When surrounded by multiple defenders, Humphries is not only competent in making guys miss but also makes plays picking up significant yards.

Humphries was the second highest rated receiver in Offensive Share Metric (OSM) in 2018. Any team looking to boost their passing performance will do just that by acquiring Humphries.

Quarterback Marcus Mariota developed some chemistry with Corey Davis this past season. Beyond Davis, Mariota could use some added toys. Look for head coach Mike Vrabel and the front office to upgrade the receiver room with as much talent as possible. A sure-handed safety net slot receiver is a great place to start.

Trent Brown is a massive individual. Standing at 6-foot 8 and 380 pounds, Brown can move like that of a smaller man. After a successful 2018 season, the newfound left tackle will be looking to cash in. As discussed in last week’s breakdown of teammate Trey Flowers, the New England Patriots are bargain shoppers. More than likely Brown will not be retained.

Breaking down the film on Brown

In the clip below, Brown will be matched up with one of the league’s premier defensive ends. Once he gets his hands on Minnesota Vikings’ Everson Griffin, Brown immediately wins and turns the three-time pro bowler.

The importance of a quality left tackle
Left tackles are a premier position in the NFL. Next to the signal caller, a dependable protector of the quarterback is paramount. In the next video, we see Brown against yet another premier pass rusher in Los Angeles Chargers’ Melvin Ingram. In a league where defenders are always disguising their intentions, you have to respect the ability to adjust mid-play.

The priority is the more significant threat in Ingram. That said, just because the defensive back outside of him is showing blitz, doesn’t mean he will. Brown engages Ingram, recognizes the defensive back and switches blocking assignments with the left guard mid-play. All of this occurs while continuing his footwork. His size and strength are on display as well.

The Texans were near the bottom of the league in just about every pass protecting statistic in 2018. Both the left and right tackle positions will need to be upgraded through free agency and the draft. With plenty of cash available, expect Houston to fill one of them with a splash signing. The addition of Brown will simultaneously shore up the left side and bolster the run game.

Following the 2015 season, Teddy Bridgewater was a budding star. The 32nd overall selection from 2014 started 28 games in his first two seasons. Before a gruesome knee injury suffered during camp in 2016, Bridgewater had led the Minnesota Vikings to the postseason. He set ten franchise records and broke two others for the league.

In 2018, Bridgewater would join the New York Jets on a one-year contract. He was impressive in limited snaps but was traded following the preseason. As a member of the New Orleans Saints, Bridgewater would not play any meaningful downs until Week 17.

Breaking down the film on Bridgewater

During that game, Bridgewater and the Saints offense found themselves in the red zone needing a score. In this clip, Bridgewater is looking to receiver Michael Thomas. Thomas is lined up to the right of your screen.

Bridgewater uses his eyes to move the safety away from Thomas’ route. When he returns to his presnap read, the safety was never fooled. With the rush closing in, Bridgewater spots a receiver breaking to the back of the endzone and throws high for him to make a play. Touchdown Saints.

Mobility after Bridgewater’s surgery
Coming out of college, Bridgewater was never a speedster. He was capable of avoiding sacks on occasion, but nothing more. In these next clips, we’ll dissect his mobility post knee surgery. During a designed play-action rollout, Bridgewater beats the defense with a great fake and acceleration on the rollout.

Once Bridgewater gains sufficient depth, he rotates his shoulders and throws downhill. By doing this, quarterbacks improve accuracy on passes to the opposite side of their strength.

Evading Pressure
With an injury as serious as his, interested teams would desire to see some evidence of full or near full recovery. It’s clear that Bridgewater can still plant and change direction with the best of them. Watch as he evades the pressure and makes something out of nothing.

It’s apparent that the former Pro Bowl quarterback was acquired for insurance purposes. Bridgewater did not arrive in New Orleans to start or compete. Now a free agent, Bridgewater will be looking for his shot at redemption. I doubt he aspires to watch from the sidelines for the first 16 weeks again.

With the injury to starter Alex Smith, the Redskins must start over at the quarterback spot. After losing out on Joe Flacco, it’s glaring that the Redskins are in win-now mode. By signing a game managing signal-caller like Bridgewater, they could still elect to draft a quarterback. Most of the upcoming class will need to acclimate to the NFL anyway.