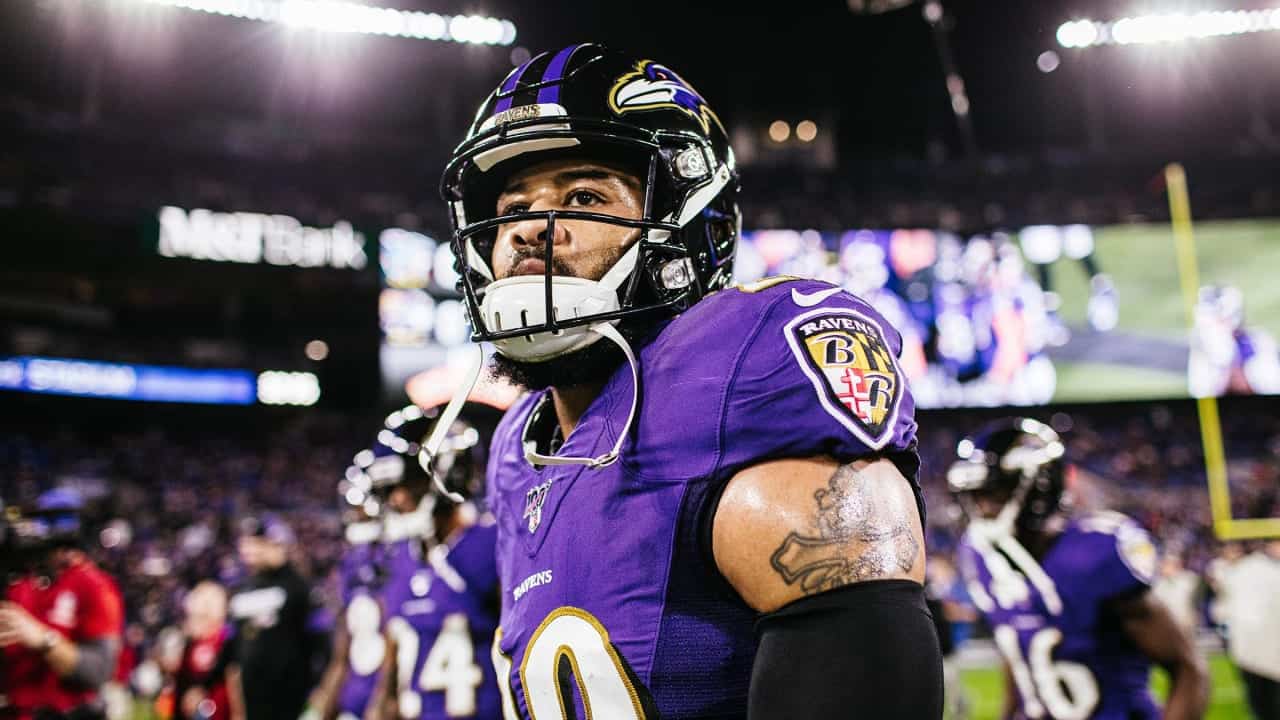 Since their inception, the Baltimore Ravens have been known for elite safety play. Whether it be Rod Woodson, Ed Reed, Eric Weddle, or Earl Thomas, Baltimore has a long, storied tradition of being well-equipped at the position — that is, until now. The Ravens released Thomas over the weekend due to conduct that was detrimental to the team. Now, Baltimore will have to wait until the 2021 NFL Draft to find a quality Thomas replacement.

Prior to the 2019 NFL season, the Baltimore Ravens made their biggest free-agent acquisition in team history when they inked Earl Thomas to a four-year, $55 million deal. He was signed to be an upgrade to a Ravens’ safety tandem that featured Weddle and Tony Jefferson. Prior to signing with Baltimore, Thomas had a Hall of Fame career with the Seattle Seahawks and was widely recognized as one of the league’s best safeties.

His departure comes as a surprise, as in his first season as a Raven, Thomas made the Pro Bowl and helped Baltimore finish the season with an impressive 14-2 record. While for many, the last thought of Thomas as a Raven will be Tennessee Titans’ running back Derrick Henry embarrassing him in the divisional round of the playoffs, the reality is that his departure leaves a huge hole in the Baltimore secondary.

The next man up for Baltimore is 2018 sixth-round pick DeShon Elliott, which means the Ravens will try to replace a Pro Bowl-caliber player with a player that has six career tackles. It’s not likely that Elliott will be a long-term replacement for Earl Thomas in Baltimore, so the Ravens will likely have to wait until the 2021 NFL Draft to upgrade the position.

Luckily for Baltimore, the 2021 safety class is spectacular and the Ravens will have every opportunity to find Earl Thomas’ long-term replacement.

While Ar’Darius Washington might be deemed as undersized by some, his play on the field is anything but undersized. Washington is a ball-hawking safety, possessing elite balls skills as his five interceptions in 2019 would indicate.

Pro Football Network’s Nick Farabaugh says there is a lot to like about Washington: “The hype with Washington all starts with his range on the back end of the defense. Get him in a deep half, single-high role, or anything that requires him to cover a substantial amount of ground, and he is up to the task. With fluid hips, great speed, and high football IQ, Washington can make the middle of the field closed even when it should not be.”

Washington would fit in quite well in Baltimore, as his high level of football intelligence is something the Ravens’ franchise has coveted for decades. Washington’s ability to read the quarterback’s eyes and make plays on the football is brilliant.

While his size could be a deterrent for some NFL teams, Baltimore values good football players and emphasizes finding players that fit the Ravens’ mold.

The Baltimore Ravens are no stranger to ball-hawking safety play, as Ed Reed might just be the best to ever do it. In a deep 2021 safety class, the best playmaker at the position is Syracuse’s Andre Cisco.

Cisco has great size, possesses elite range, and has game-changing ball skills. In his two seasons of collegiate football, Cisco has tallied a jaw-dropping 12 interceptions and 14 passes defended.

Also, Cisco plays with tremendous instincts and is a fluid mover. Consistency and tackling are things that Cisco will need to work on, but his knack to make big plays will have his draft stock on the rise.

Cisco would make a great deal of sense for Baltimore, as he would pair quite nicely with the team’s starting strong safety Chuck Clark. Cisco would bring big-play potential to an already strong Ravens secondary. Due to positional depth, Cisco could fall right into Baltimore’s lap at the end of the second round.

In Baltimore, there is a slogan to “play like a Raven”, and when you watch film on Georgia’s Richard LeCounte, he certainly does that in spades. LeCounte is the total package at the safety position, as he can cover, has exceptional ball skills, demonstrates high-level football intelligence, and is an enforcer against the run.

LeCounte has started 27 games over the last two seasons and the Ravens will value that experience. He is an excellent pre-snap communicator who plays the game in a fearless manner. In an article I wrote summarizing the top 2021 safety prospects, I offered high praise in regards to LeCounte’s game:

“LeCounte is a monster in run support, utilizing his functional athleticism to make plays on the football sideline-to-sideline. He can deliver a blow and is a sound fundamental tackler. He isn’t afraid to mix it up and cover, as his athleticism and movement skills allow him to mirror tight ends. When you watch film on the Georgia defense, #2 stands out, as he plays like his hair is on fire.”

LeCounte is not the most athletic safety in the 2021 Draft class and he probably won’t test off the charts at the NFL Scouting Combine either. With that said, there is so much strong tape on the battle-tested LeCounte, and he has the makeup of a Baltimore Raven.