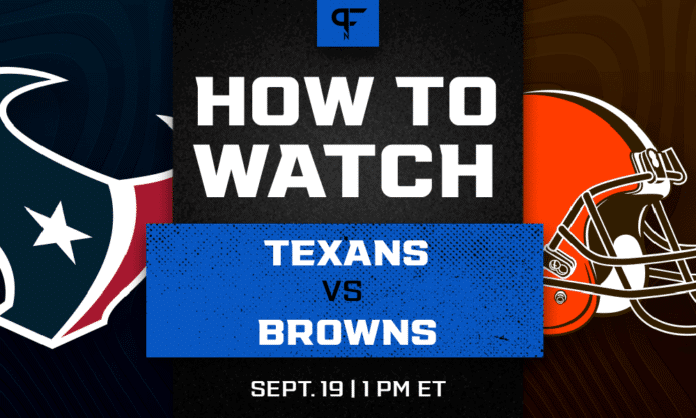 Texans vs. Browns odds, line, prediction, and how to watch the Week 2 game

What are the latest odds and predictions ahead of the Texans vs. Browns matchup, and what channel can you watch the game on?

The Houston Texans vs. Cleveland Browns is one of the more interesting matchups of the Week 2 slate. The odds say that the Browns should win this one easily, but after the Texans’ dominant performance against the Jaguars, can we be so sure? Let’s take a look at the current NFL odds, a prediction for the game, the TV channel, and how to live stream Texans vs. Browns in Week 2.

Houston Texans vs. Cleveland Browns odds and prediction for Week 2

In Week 1, the Browns were on their way to completing an improbable upset of the Kansas City Chiefs. One botched punt attempt later, and Patrick Mahomes walked away with the W. However, we did learn that Baker Mayfield and this Browns team are not to be looked past. With a solid one-two punch at running back, their offense is one of the most dynamic in the NFL, and their defense is one of the most imposing in the league.

What does this all mean against a Texans roster that actually looked somewhat capable in Week 1? Well, it means that Cleveland still deserves to be double-digit favorites. Yes, Houston looked solid against the Jaguars, with Tyrod Taylor throwing for almost 300 yards and 2 touchdowns. However, Jacksonville still has many holes on their roster and is currently in a complete rebuild.

This will be a different challenge for Houston. They aren’t going up against the same level of competition. Look for Nick Chubb and Kareem Hunt to have huge games in this one. Mark Ingram was able to rush for 85 yards and a TD.

When it comes to the total of 47.5, I lean to the over. Even without Odell Beckham Jr., this Cleveland passing attack is one of the best in the league. Their mix of a stout defense and strong offense is why PFN’s Dalton Miller has them ranked as the third-best team in the NFL in his Week 2 Power Rankings. Meanwhile, the Texans rank 29th. Expect Cleveland to put up points and blow Houston out of the water.

How to watch Texans vs. Browns this week