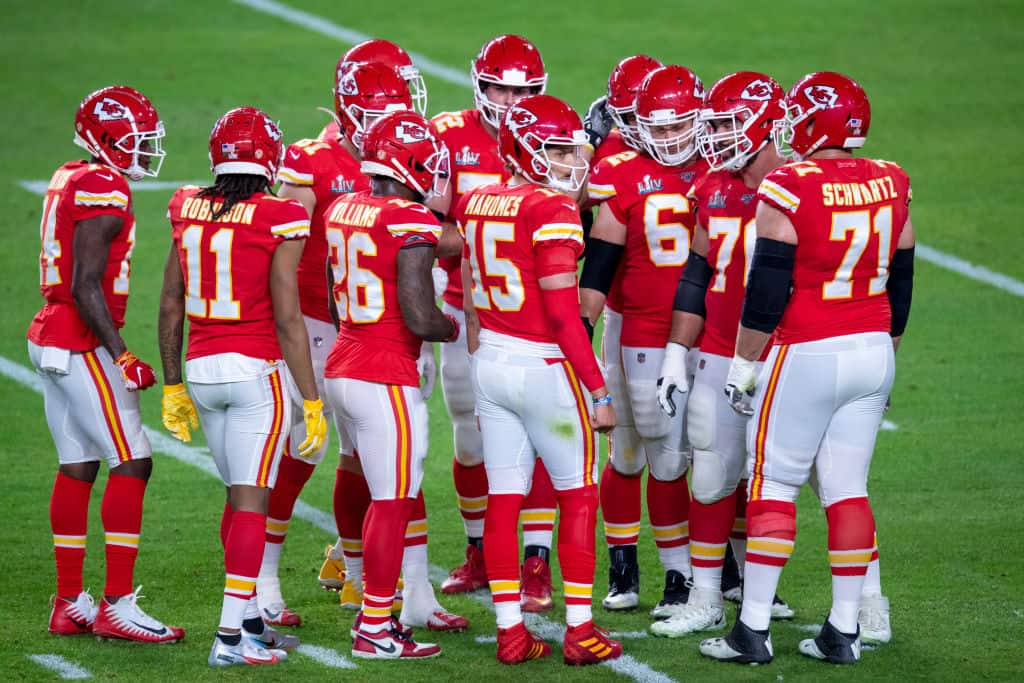 The Chiefs are the most apparent bet out of the bunch. This is because the defending Super Bowl champions have one of the best quarterbacks in the NFL. Also, they have the best odds to win the Super Bowl. They have an elite offense that can make plays even when things break down and an above-average defense that can make the necessary stops to allow the offense to break away.

No explanation about them is needed except that their chances of being in the AFC Championship Game are exceptionally high, which translates to a higher probability of making and winning Super Bowl 55.

The Packers are a similar evaluation as the Chiefs. Quarterback Aaron Rodgers is the leading candidate for the 2020 MVP Award. He has weapons in wide receiver Devante Adams and running back Aaron Jones that can score from any point on the field. Their defense has improved significantly over the past several weeks, which has taken away any concerns about making it deep into the playoffs.

The Saints have a smart and savvy veteran quarterback in Drew Brees who can rely on running back Alvin Kamara and hit open receivers with a high completion percentage to move the ball down the field. They also field one of the top five defenses in the NFL and can shut down their opponent’s running game and make them one dimensional. The lack of wide receiver Michael Thomas is a concern, but like the other two quarterbacks mentioned before, he has the skill set to do more with less. The Saints present the best value compared to the other two regarding the latest Super Bowl 55 odds.

Other Super Bowl 55 odds to consider

There is a saying in the NFL that two things travel well: a run game and a defense. These Ravens have two of the best in each category. They blitz heavily and can shut down an opponent’s run game. They have the best running attack in the NFL the past two seasons and can wear you down physically. Cold and dry weather games in Buffalo, Pittsburgh, or Kansas City will not affect them due to the harsh Baltimore climate that they love.

The only concern here is the elephant in the room: can Lamar Jackson perform under pressure in a big game, and can he lead a comeback victory for the Ravens if they end up down multiple scores in a game. They are a very underrated choice for this year’s champion and have some of the best Super Bowl 55 odds.

Everyone’s Cinderella story. Quarterback Josh Allen has shed his inaccurate adjective and leads the league in many statistical categories. Their offense is one of the most explosive in the NFL, with wide receiver Stefon Diggs leading the way. The main concern with this team comes down to their defense. They have one of the worst run defenses in the league and will need to shore up that aspect before facing a Ravens or Titans team that may drain the clock with ball control and five yards per carry.

During the first half of the season, the Seahawks looked unstoppable offensively. Their biggest concern was their porous defense and their inability to stop the pass. During the second half of the season, however, these tables have turned. Their defense is much improved, but their offense has hit some significant roadblocks, especially against stout defenses. The Seahawks are a “Dr. Jekyll and Mr. Hyde” type of team, making their odds to win the Super Bowl more of a crapshoot.

Has quarterback Ben Roethlisberger and the anemic Steelers offense figured it out yet? That is their only concern. They need to establish the run game and threaten opposing defenses deep. Their short and intermediate pass game can perform optimally without opponents playing press coverage and sitting on short routes if they can accomplish this. If they can figure this out, they have just as good a chance as anyone at nailing their Super Bowl 55 odds.

One week they look good; the next week, they look uninterested. Hopefully, that changes with the postseason here. However, you cannot overlook a six-time Super Bowl champion with an upper-echelon defense. If they are the same Buccaneers team as the one that beat the Lions rather than the one that lost to the Bears, they will make it far in the playoffs.

The Titans have one of the worst defenses left in the playoffs. Shut down Derrick Henry, and they become one dimensional and beatable. That is why they will not make it past the second round if that.

They have arguably the best defense left, but their quarterback situation is one of the worst. It does not matter if Jared Goff or someone else is behind center because they will flounder offensively sooner rather than later. There are better teams to look at for Super Bowl odds.

If they somehow get past the Bills this weekend, their journey will end shortly after. Yes, their defense is excellent. Also, they have an elite offensive line. The issue here is Philip Rivers. Shut down Jonathan Taylor and their running attack, and you can cause chaos on their offense.

They have to face the Steelers in the first round, and they almost lost to a Mason Rudolph-led version last week. Then, add in all their contract tracing concerns and lack of practice this week. Their secondary is weak, and the elite offenses left will pick them apart.

Quarterback Mitchell Trubisky looks great against bad defenses but struggles against good ones. However, almost every team left has a top-tier defense, and they get the Saints in round one. Next.

The Alex Smith comeback is incredible. Their defense is top three in the league, yet their offense is putrid. They will not be able to make it past the Buccaneers this weekend, and their Super Bowl 55 odds are useless.