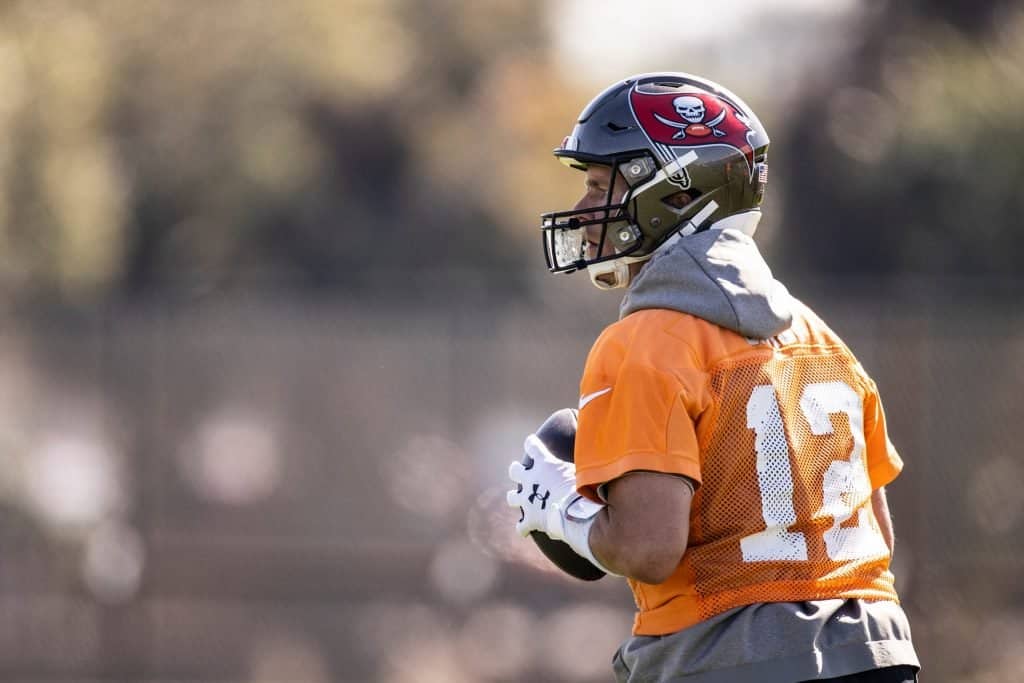 Super Bowl LV has finally arrived, and the odds to win the Super Bowl in 2021 have Patrick Mahomes and the Kansas City Chiefs as three-point favorites over Tom Brady and the Tampa Bay Buccaneers. Brady, arguably the greatest quarterback ever, is going up against the young buck who has all the tools and the proper environment to challenge his throne. This week, I will focus on the last game of the year and odds that present possible value. Make sure to keep up with all of the NFL betting team’s plays throughout the week.

Here we finally are, with the Super Bowl the NFL wanted and the Super Bowl we all deserve. No one can discuss the last 20 years of the NFL without highlighting the quarterback suiting up in Tampa Bay. He has been at the forefront of the league like no other player before. He holds the same aura and dominance of the game as Michael Jordan did for the NBA. Similarly, Derek Jeter did it for the MLB, and Wayne Gretzky did it for the NHL.

Then you have the young and confident Chiefs quarterback who plays elite football with a touch of a backyard element. He makes it look easy and, even more impressively, natural. All the while doing it with a sincere smile on his face. It’s hard not to like him, and he makes for the perfect look of the league upon Brady’s inevitable retirement.

The NFL’s face as it crystallized as the universal American sport versus the future idol that will carry the league into the next generation. The passing of the torch, if you will. This Super Bowl may be the only time we see these quarterbacks face each other in a meaningful game — so enjoy it.

The Chiefs hold a slight edge regarding all offensive categories. They average a higher yard per play number at 6.3 versus the Buccaneers at 6.0. The Buccaneers did have a slightly higher scoring average this year, coming in third at 30.8 points per game, but the Chiefs were not far behind, registering sixth with 29.6 per game.

Each team has a plethora of explosive weapons on the offensive side of the ball. You could argue that the Buccaneers have more weapons, but the Chiefs have the significantly better quarterback — at least this point in both of their careers. Add that to wide receiver Tyreek Hill and tight end Travis Kelce being top-three at their respective positions; it gives the Chiefs the best odds to win the Super Bowl in 2021.

The Buccaneers may need to implement a better offensive strategy entering the Super Bowl. They are one of the most pass-heavy teams in the league, averaging just 94.9 rush yards per game this year. Given the Super Bowl’s magnitude, having a balanced approach on offense alongside trick plays usually performs best in the season’s final game.

The Buccaneers’ worrisome statistic is their inability to score on offensive drives that do not begin off a defensive turnover. During the 2020 postseason, the Buccaneers only score touchdowns on nine percent of their offensive drives if that drive does not come at the expense of an opponent turnover. Therefore, because Mahomes and company rarely turn the ball over, the Buccaneers must kick-start their offense. Otherwise, this game could turn into a blowout.

Tom Brady has been lucky, to say the least, concerning turnovers as well. In this postseason, he has thrown five interceptions (an average of 1.67 interceptions per game) and could very well have doubled those numbers if opposing defenses could hold onto the ball. Give the Chiefs’ good field position one to two times in this game, and you can kiss your Lombardi Trophy and odds to win the Super Bowl goodbye.

The numbers indicate a close game this week

These are the best two teams left standing in the NFL, and a tight point spread makes sense. The Chiefs boast the overall better offense while the Buccaneers field the better defense. Although this is a short three-point spread in Super Bowl LV odds, this game could favor the Chiefs much more.

The Buccaneers have the more efficient defense

Tampa Bay fields the better front seven as they led the league in rush defense and was near the top in sacks. The Buccaneers held opponents to 3.6 yards per carry on the ground and 80.5 rush yards per game — both NFL bests. They also notched 48 sacks on the year, ranking fifth-best in 2020.

Their defense creates pressure with exotic blitzes as they send extra rushers 39 percent of the time — fifth-most this year. With a weary and hobbled Kansas City offensive line, the aggressive Buccaneers front seven may feast.

The critical factor will be their ability to keep Mahomes in the pocket for most of the game. He is one of the best in the league at extending plays and allowing his explosive playmakers more time to create separation with broken coverages in the secondary. Will the Buccaneers be able to contain the elusive and opportunistic quarterback?

Could the offensive line be the difference in the odds to win the Super Bowl in 2021?

The trenches are undoubtedly a factor when focusing on a team’s ability to win a game. The Chiefs have been plagued with offensive line injuries all year long. Now, they go into the Super Bowl without their backup center in Daniel Kilgore due to contact tracing procedures.

Related | Historical Super Bowl betting trends to look for in 2021

The Chiefs have had to make do without their reliable right tackle Mitchell Schwartz. They now will have to face the Buccaneers without their Pro Bowl starting left tackle, Eric Fisher. Last week, he went down with an Achilles injury during the AFC Championship Game. The Chiefs’ offensive line has done a stellar job protecting Mahomes. However, the Buccaneers were fourth in sacks this year, tallying 48 on the season.

The Chiefs will need to get the ball out of Mahomes’ hands fast to counter the Buccaneers’ aggressive front seven. How will they perform now that they are even more depleted than ever?

This game ought to be a tight battle throughout as both teams fight for the chance to hoist the Lombardi Trophy. The Chiefs have significantly better top-tier weapons to instantly change a game if they can expose the Buccaneers’ defense. If they can continuously create separation for Hill and Kelce, expect the Chiefs’ offense to flourish.

The Chiefs’ lead should increase throughout the game, especially if it turns into a shootout. The Buccaneers’ stout run defense should create some difficulty for Mahomes and Edwards-Helaire. However, this is Mahomes, and he is the king of creating magic out of broken plays and scrambling. Lean towards the better offense, better quarterback, and the more innovative coach to cover the latest 2021 Super Bowl LV odds.