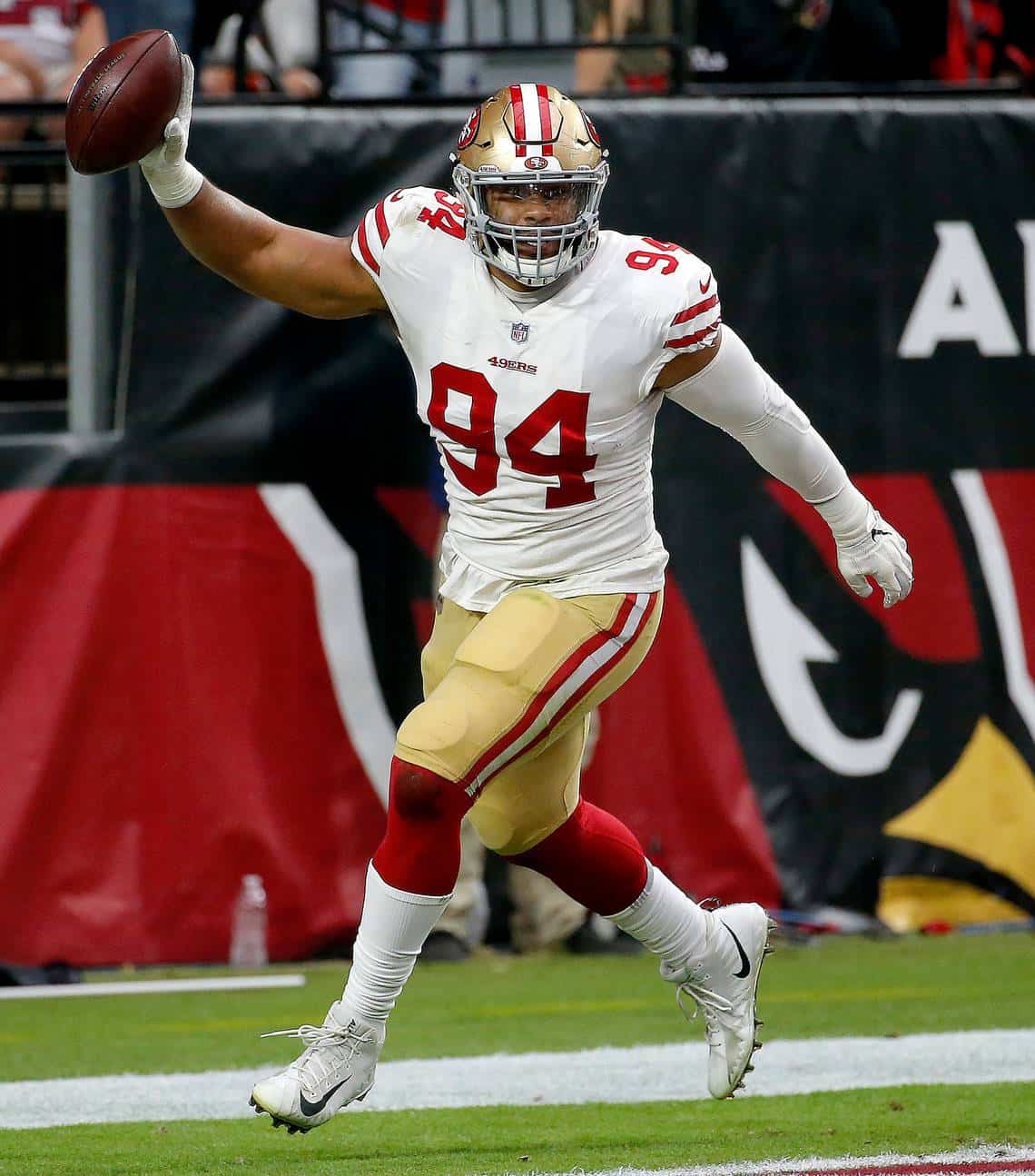 When the San Francisco 49ers drafted Solomon Thomas third overall in 2017, they thought they had found their franchise pass rusher. Two years into his career, he has been anything but. To say Thomas has struggled would be an understatement. There were even rumors the 49ers were looking to trade him in April. In year three, Thomas is hoping to put sub-par play and an unspeakable tragedy behind him.

Thomas looked very promising coming out of college. NFL.com had his pro comparison as another San Francisco great: Justin Smith. He was the top performer at the combine in the bench press, broad jump, three-cone drill, and twenty-yard shuttle. The 49ers earned a lot of praise for trading back and still getting their guy. Fox sports even gave them an “A” for the move. So what happened?

One thing you can point to was in his draft profile: he is a tweener. At 6’3″ 280 lbs, he is slower than you’d want for an edge rusher, but at the same time, smaller than you want for an interior presence. We have seen other players with a similar build have success, so his size isn’t the only reason he has struggled.

Pro Football Focus (PFF) recorded Thomas as having 30 pressures of the quarterback his rookie year, yet just 28 his sophomore year. That has led to the well-documented fact that he has only four sacks his first two years. PFF gave him an above average pass rush grade in only three games in 2018. Shouldn’t players improve year to year? Why the regression? Thomas himself pointed to a tragedy off the field as a reason why he struggled.

That quote was from an article written by Eric Branch regarding Thomas’ sister. Depression caused Thomas’ sister, Ella Thomas, to commit suicide on January 23, 2018. Football is as much a mental game as it is physical. I can’t imagine dealing with something as monumental as a loved one committing suicide, and still being productive at my job. Thomas felt it last year, enough for it to take away his desire to do everything you need to do to be a successful football player. Being good at football was, understandably so, at the back of his mind. However, this offseason, we have seen a different Thomas.

Getting back to normal

“He’s got his aura back to him,” Shanahan said Tuesday. “You can see it in his eyes, you can feel his energy a little bit better, and it definitely seems like he’s in a better place. We all know grieving can be as hard as it gets and takes people a long time, but you can see he’s doing better.”

Thomas and his family had a lot of self-healing to go through. They participated in the “Out of the Darkness Walk in Dallas” to help raise money about suicide prevention, and Thomas has been more vocal about it in recent interviews. November of last year is when he finally started to “feel like himself” again.

Everyone goes through problems off the field. I’m not trying to use that as an excuse for Thomas’ poor play his first two years. What I will say is I can’t imagine myself doing any better than he did if I were in his shoes. It’s fair to give him another year to prove himself. With a clearer mind this season, hopefully, he can live up to the expectations bestowed upon him being the third player selected in the 2017 NFL Draft. It would be one hell of a bonus for a defensive line that already added Dee Ford and Nick Bosa. As a fan of the player, and the game, I’ll be rooting for that to happen.

In this article:Featured, featured, solomon thomas