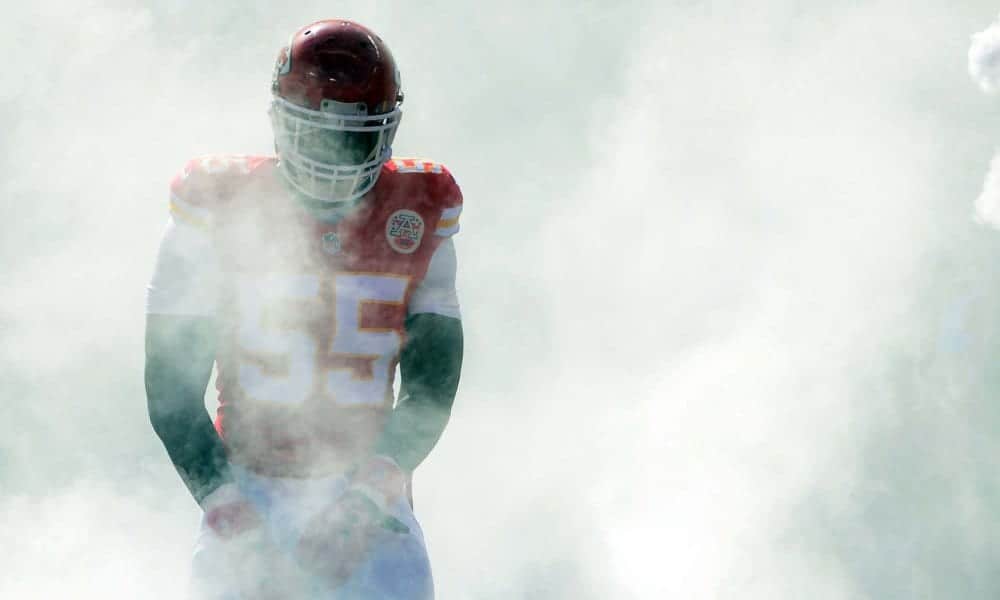 The San Francisco 49ers had a myriad of problems in 2018, with pass rush being among the top issues. John Lynch and Kyle Shanahan attacked the issue heavily by trading a 2020 2nd round pick to the Kansas City Chiefs for Dee Ford and drafting Ohio State Defensive End Nick Bosa with the second overall pick. San Francisco hopes these two additions will be enough to improve a defense that was in the lower half of the league in several defensive metrics (provided by Football Outsiders, Pro Football Focus and Pro Football Reference.)

As you can see, the defense was sub-par in several metrics last season. The biggest question is, will these two additions be enough to help the defense in 2019?

The Chiefs had some tough decisions to make this offseason. On the surface, parting ways with your two most productive players on an already bad defense is a head-scratcher. But by trading Ford, releasing Justin Houston and letting cornerback Steven Nelson walk in free agency, the Chiefs cleared $30 million in cap space, as ESPN’s Adam Teicher writes.

The 49ers were the beneficiary of the Chief’s tough decisions. In his third year in the league, Ford started 14 games for Kansas City and recorded ten sacks. He played in just six games in 2017 before landing on the Injured Reserve list in December.

2018 was different, though. He started all 16 games and recorded 13 sacks (eighth in the league). PFF graded him as their number one rated pass rusher. As a result, the Chiefs led the league in sacks and had PFF’s highest pass rushing grade as a team.

Ford’s weakness lies in the run game. The 49ers defensive line depth will allow him to play mostly passing downs. They needed a pass rush specialist, and the Chiefs wanted to clear cap space. The trade made perfect sense for the 49ers. Ford will go a long way towards improving a defense that sorely needed some edge rushing productivity.

The San Francisco 49ers looked to further improve the unit in the draft. Possessing the second overall pick guaranteed them either Quinnen Williams or Nick Bosa. The 49ers opted for the edge defender with their selection.

Bosa was the consensus top-ranked edge player in this year’s draft. Much like with the Dee Ford trade, the stars aligned for San Francisco on this one. Arizona fell in love with Kyler Murray which allowed Bosa to slip to San Francisco at number two overall.

Not only was Bosa the hands down top-ranked edge defender, but he was also the second-best prospect (or top) prospect on many draft analyst’s big boards. Former The Draft Network (TDN) draft analyst Jon Ledyard wrote an article comparing Bosa to previous top-ranked pass rushers in the draft. Among them were Jadeveon Clowney, Myles Garrett, Joey Bosa, and Khalil Mack. When ranking all five, Ledyard had Bosa as a better prospect than both Clowney and his brother Joey Bosa.

PFF also shares the high praise for Bosa. They ranked Bosa first in run stop percentage and second in pass rush productivity among all edge defenders in the draft. A core injury robbed him of his 2018 season, as he elected to sit out the season and rehab the injury for the draft. His upside was on display in 2017 however. He was named Big Ten Defensive Lineman of the Year and was a First-Team All-Conference selection.

Amidst the release of Eric Eager’s pass rush vs. coverage study, there has been some debate on which aspect of a team contributes more to winning. As with most things in life, the answer probably lies somewhere in the middle.

In regards to his study, Eric found that PFF’s pass coverage grades correlate more to a team’s win percentage than pass rush grades. The caveat is that pass coverage performance appears less predictable year to year than pass rush performance is. To sum up his words from his appearance on the Better Rivals Podcast hosted by Oscar Aparicio (@BetterRivals), next year’s “Aaron Donald” will probably be Aaron Donald. However, next year’s “Jalen Ramsey” is harder to predict.

Is that analysis useful for the 49ers this year? In a way, it is. Their secondary had a down year in 2018, but if you take his study to heart, they could bounce back to have a productive year. As far as the pass rush is concerned, Dee Ford should still be prolific in getting to the quarterback, while Bosa has compared favorably to top pass rushers of recent drafts. Deforest Buckner had his break out year in 2018, and given his draft pedigree, should only continue to get better.

I looked into how Football Outsiders’ adjusted sack rate metric aligned with teams with a winning record. Starting from 2011 (when the new collective bargaining agreement was signed) 69/116 (59%) of winning teams ranked in the top half of the league in adjusted sack rate. That number is lower than anticipated, but it goes to show, having an effective pass rush is one of the many critical elements to having a winning team.

Improvement in rushing the QB should be expected from the San Francisco 49ers in 2019. They invested a lot of assets into the unit, and I don’t expect it to go to waste. Although pass rush alone won’t get them back to the playoffs, it’s a helpful starting point. That, combined with a possible improvement in the secondary, could contribute to San Francisco’s first playoff berth since 2013.