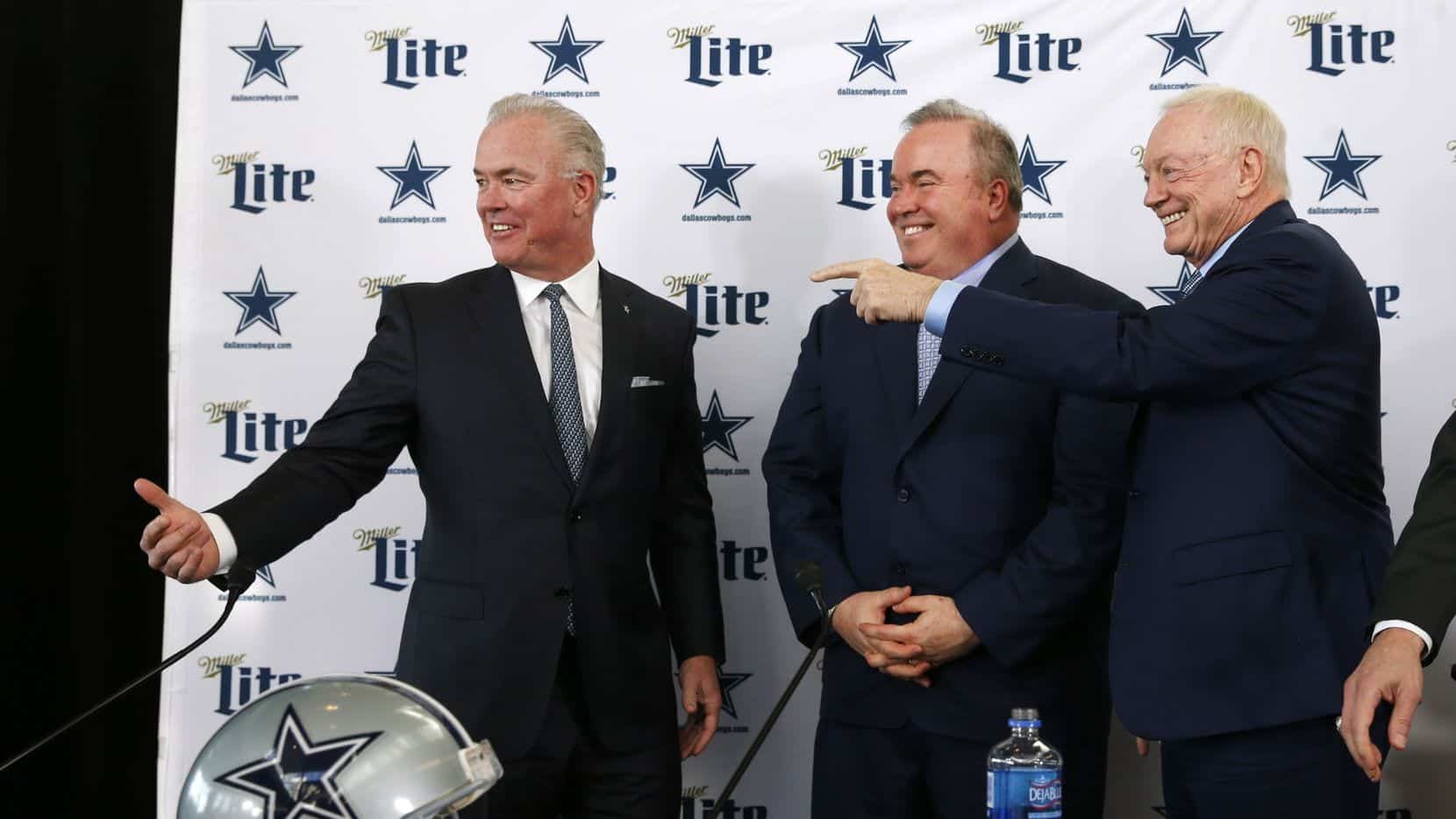 Every week, I open up the mailbag for anyone to send me their questions on college football, the NFL, or the 2020 NFL Draft. As the NFL Scouting Combine in Indianapolis nears, expect the news and rumors to pick up tremendously. This week’s mailbag includes information on a sought-after free agent cornerback, the Raiders’ interest a certain quarterback, a potential big splash in Big D, and much more. But we start with some New York Giants talk.

Do you have a question you want to send to me? Send it to [email protected] or tweet us @PFN365 on Twitter using the hashtag #AskTonyPFN, and we’ll be sure to include it in an upcoming mailbag column.

Does the perceived lack of a blue-chip, elite talent combined with the loss of picks used to acquire Leonard Williams make the New York Giants open to trading back?

While I don’t think the trade to acquire Leonard Williams makes trading back a priority, I do think they will explore opportunities. The early third-round pick they sent to the New York Jets could’ve ended up as a potential starting center or a big-bodied receiver, which are ironically two positions of need for the Jets.

Do you think cornerback James Bradberry is a fit with the Jets in free agency?

He would be a good fit, and I can tell you the Jets are one of about five teams that have been sniffing around and doing a lot of preliminary work on Bradberry.

What have you been hearing on the Las Vegas Raiders’ free agency plans, future at QB, and prospects they are interested in?

The only thing I’ve heard on the Raiders to date, something I mentioned in the mailbag a few weeks ago that has since been confirmed by ESPN, is that the team intends to make a move for Tom Brady if he hits the free-agent market.

Who is your second-ranked pass rusher in the draft, and what’s the gap between him and Chase Young?

It falls off a cliff after Young.

If you’re asking about a pure edge rusher, it would be Penn State’s Yetur Gross-Matos. If it’s a defensive end who can also rush the passer, then it would be Iowa’s A.J. Epenesa.

Hi Tony, any news on the Dallas Cowboys?

The Cowboys have a lot on their plate, considering the number of players on their roster who may hit the free-agent market.

I can tell you this – a source close to the team told me, “Jerry wants to make a big splash in the draft.” That leads me to believe Jones could look to trade up from the 17th overall pick.

Who would they move up for? I’m told they have been doing a ton of work on the Ohio State prospects. I’m sure they’d love to move up to get Chase Young, but that won’t happen. Speculatively, the other target could be cornerback Jeffrey Okudah, considering Byron Jones is likely heading out of town.

Which quarterback who should be selected in the first round has the best chance to slip to the second round?

Maybe Utah State’s Jordan Love, but I still believe he ends up in the first round.

Any feeling on if the Philadelphia Eagles will be more active in free agency or the draft when it comes to wide receivers?

I think it depends on whether they get a cornerback in free agency. If they don’t get the corner they want in free agency, they would transition to receiver.

Any super sleepers no one is talking about?

Remember the name of Bronson Rechsteiner from Kennesaw State. Bronson is the son of former WWE legend Rick Steiner. He measures in at six feet, 230 pounds, and projects as an RB/FB/H-back.

I’m told his training numbers have been off the charts, with 40 times in the mid 4.3s, a vertical jump of 39 inches and a bench press of 33 reps.

His pro day on March 11 is one to circle.