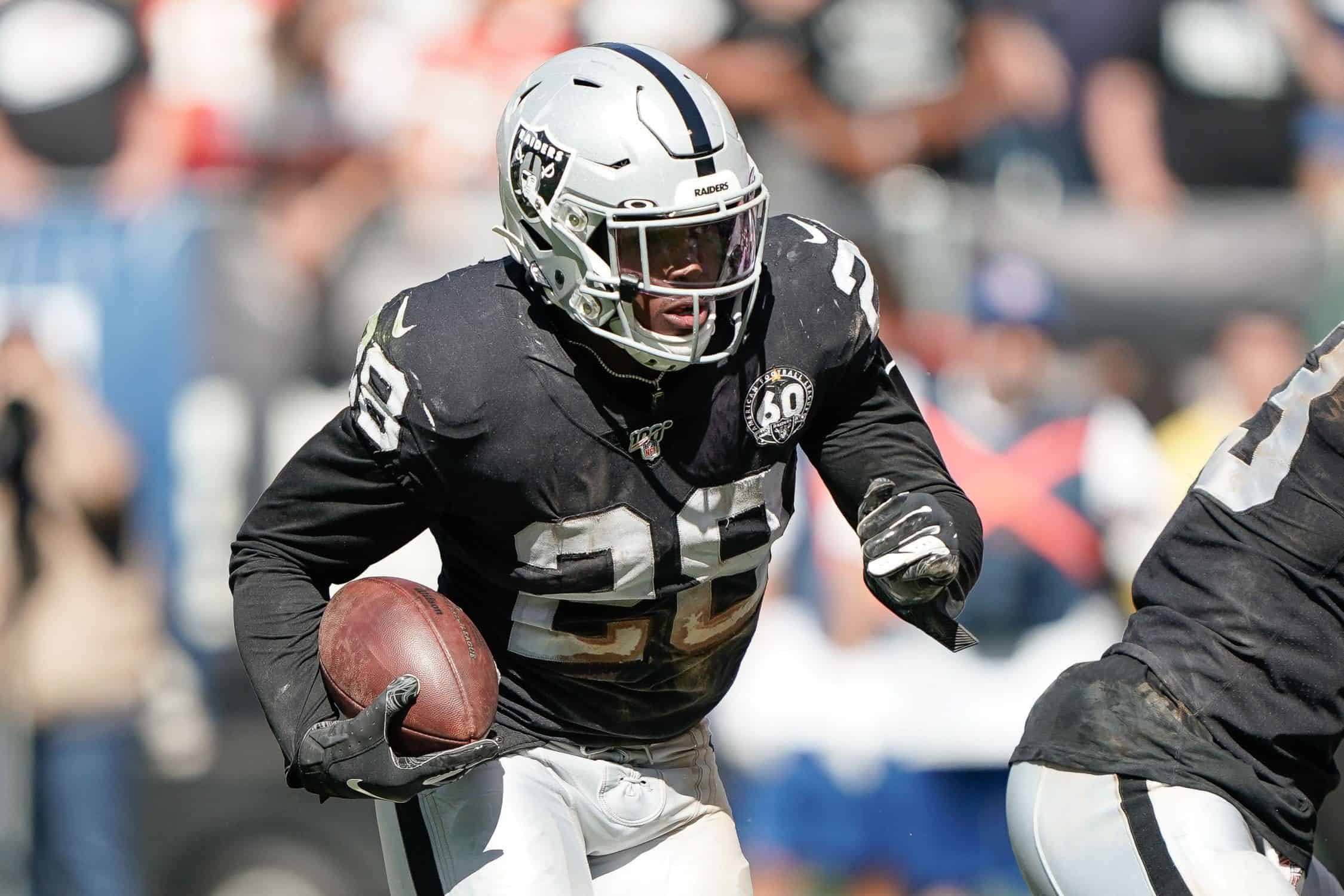 Week 8 had it all with the weather limiting the effectiveness of some promising plays, injuries rearing their ugly heads, and backup tight ends taking the league by storm. Some of us started Brandin Cooks and played against Tevin Coleman, but sometimes these things happen. When you thought it might be back to business as usual, NFL Week 9 is rolling in and looking like another tough week with high scoring teams on byes and the best of the rest locked into tough matchups. Luckily, this provides opportunities to pick up the best streaming options as you search for that competitive advantage. So settle in. We’ve done the hard work for you so that you can see some of the more (and less) promising matchups this week with NFL Week 9 Fantasy Start Sit 2019.

If you picked up and started Matthew Stafford last week, as we suggested, then you could find yourself rewarded for it for a second consecutive week. The Detroit Lions quarterback has been the QB8 in points per game and is averaging 35.7 pass attempts per game this season. Only the Arizona Cardinals are allowing more fantasy points per game to quarterbacks than the Raiders. The Lions’ rushing attack was severely lacking in Kerryon Johnson’s absence, and their offense will have to rely on Stafford once again.

Dak Prescott has regressed to the mean slightly after his red hot start to the season, but he’s been a top 10 quarterback in five of seven weeks this season. The New York Giants are allowing the ninth most points to the quarterback position despite facing only three QBs currently in the top 10. Prescott tore the Giants apart in Week 1, finishing as the QB2, and has the potential to do the same again.

The Bears aren’t the fear-inducing defense that they were last year, but they’re still presenting a challenge to quarterbacks. They’re allowing fewer than 14 fantasy points per game to the position despite facing Aaron Rodgers, who is QB4 on the season. They’re allowing one touchdown per game. Wentz has been a reliable fantasy option and is currently QB11, but posted under 15 points in his last two games, and there are more appealing options this week.

Josh Jacobs has had an impressive start to his NFL career and is currently the RB11 in standard scoring. His consistently high workload has given him a floor that makes him one of the safest options in fantasy football. The Detroit Lions are currently allowing the third-most fantasy points per game to running backs, and there’s no reason to expect this to change moving forward. Jacobs should be started in all leagues.

Whichever Chargers running back you choose is a risk, but a potential shootout against the Packers feels as if it could be an Austin Ekeler game. Melvin Gordon’s return has significantly reduced Ekeler’s workload, but he’s a touchdown threat every time he touches the ball. The Packers are surrendering the sixth-most points in the league to running backs and, since Gordon’s return, Ekeler has only one fewer red-zone touch than Gordon’s nine.

What more needs to be said? It’s the New England Patriots. They’re yet to allow a touchdown to running backs this season and have allowed the fewest points to the position. In his last three games, Ingram has 43 rushing attempts for 142 yards. A pair of touchdowns has rescued his fantasy performances, but he doesn’t look like the same player who rushed for over 100 yards in two of his first three games of the season.

While I still wouldn’t recommend starting Mitchell Trubisky, Allen Robinson has been a consistently reliable fantasy option for owners. He’s the clear top receiver in the Bears offense and has had no fewer than seven targets in every game this season. The Eagles are allowing the most fantasy points in the league to wide receivers, in part to the 12 touchdowns they’ve allowed in just eight games. Robinson has the ability to put them to the sword.

The only team to have allowed more touchdowns to wide receivers this season than the Eagles are the Houston with 13. They’re also allowing the second-most receptions and second-most yards to the position. Despite being the WR5 on the season, people still seem unsure about whether they should start DJ Chark. He’s averaging fewer than eight targets per game, but he’s a big-play threat who’s playing the best football of his career. He has six touchdowns in eight games and has developed excellent chemistry with Gardner Minshew.

The Browns certainly aren’t an intimidating challenge for opposing wide receivers, sitting in the middle of the pack when it comes to fantasy points allowed. That said, we don’t know what to expect from Brandon Allen. He’s a sixth-round pick from 2016 on his third team. He hasn’t thrown a pass in the NFL. Joe Flacco and Courtland Sutton had shown good chemistry, but we don’t know what an Allen-lead offense will look like. If you have other options, the safe play would be to bench Sutton this week and see what happens.

If there is one tight end in Philadelphia who you want to own, I still firmly believe that it’s Zach Ertz, and you should start him if you have him. That said, Dallas Goedert is a part of this offense and is still on the waiver wire in a lot of leagues. After a slow start to the season, Goedert has seen his targets increase over the last three weeks, turning 17 targets into 12 catches, 139 yards, and a touchdown. He’s a weapon in the red zone, and tight ends can exploit the Bears.

Hockenson has struggled to make an impact since his huge Week 1 performance, but he’s going against a Raiders defense, which has allowed the third-most fantasy points per game to tight ends. Before last week he’d had at least three targets in every game this season and, in the fantasy wasteland that is the tight end position in 2019, that can’t be discounted. After the chaos of the draft, NFL fantasy is all about working out whether you should start or sit somebody, and if you’re not going to play him in Week 9 against the Raiders, then you never will.

I know, I know. You’ve had Herndon stashed on your bench all year, and now it finally looks as if he’s about to play. And did I mention it’s against the Miami Dolphins? Sounds perfect. Well, it might surprise you to learn that the Dolphins are a pretty competent defense against tight ends, performing at a league-average level. Herndon might be active, but his lack of game time this season means that you’d be wise to wait and see what he looks like for a week before committing fully.

Are you looking for another player? Check out our Week 9 rankings for more information!