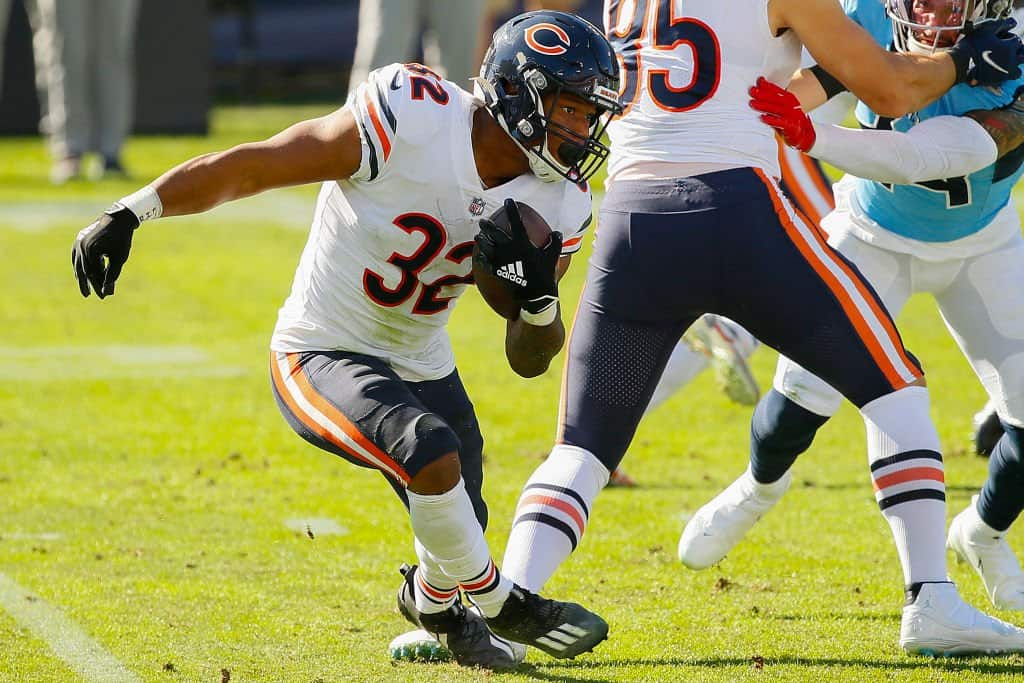 Thankfully, Week 13 also sees the end of the scheduled bye weeks, with the Tampa Bay Buccaneers and Carolina Panthers being the last two teams on a bye in 2020. However, both of these teams contain plenty of fantasy-relevant options, making the “who should I start this week in my fantasy lineup” decisions all the tougher. If you are missing the likes of Tom Brady, Mike Evans, Chris Godwin, Rob Gronkowski, Mike Davis, DJ Moore, Robby Anderson, and Curtis Samuel, then you may be scouring your bench trying to work out who are the top start ’em and sit ’em options in Week 13 of the NFL and fantasy football season.

Which quarterbacks should I start or sit in my Week 13 fantasy football lineup?

Carr is looking to redeem himself this week after choking in what should have been an easy matchup in Week 12. There is no better matchup to do so than when facing the Jets. The Jets rank fifth in Pro Football Network’s Defensive Points Allowed Consistency Score (D-PAC) and allow the fourth-most fantasy points to the position, and I expect a big day for Carr and his TE, Darren Waller.

Cousins has played much better in the last month. This week he gets his number one receiver, Adam Thielen, back on the field and will look to post plenty of fantasy points against a Jaguars secondary that allows an average of 280 passing yards a game. No team in the league has a higher D-PAC against the QB position this season, and only two allow more points per game than Jacksonville.

Start ‘Em: Other quarterbacks to consider

Other quarterbacks to consider starting this week include:

On the other end of the spectrum to the recently discussed Jaguars and Jets are the New Orleans Saints. The Saints are the second-toughest matchup for QBs, after the Steelers, according to D-PAC. Only three teams are allowing fewer points per week to the position than the Saints. On top of that, Matt Ryan has struggled this season, ranking 19th at the position of Pro Football Network’s Consistency Score (CS).

Murray has struggled in the past few weeks. At one point, he was right up there with the best in our Fantasy Points Differential (FPD) metric. However, the past few weeks have seen him slip below 20%, and he now ranks just 10th. Murray has been a full participant in practice the last two days, which is a positive sign. However, there are still concerns around his throwing shoulder. That is something you do not want heading into a matchup with Aaron Donald and the Rams defense. As a group, they allow the second-fewest fantasy points to the position.

Which running backs should I start or sit in my Week 13 fantasy football lineup?

It has been a tough year for Montgomery behind a banged-up Bears offensive line. However, he exploited opportunities, both on the ground and through the air against the Packers defense last week. In Week 13, Montgomery sees another favorable matchup against a Lions team allowing over 165 yards per game to the position.

The Lions have allowed a whopping 21 touchdowns to the running back position this season. They rank fifth in D-PAC and allow the most PPR-fantasy points to the position.

Harris has seen double-digit carries for the Patriots in the last six weeks. The Chargers rank eighth in D-PAC to the RB position but have been stingy in terms of allowing RBs to score TDs. That is a concern given the propensity of Cam Newton, and seemingly James White last week, to vulture TDs.

The Texans are weak against receiving backs, allowing 479 yards and 53 receptions to the position. The Colts should tee Hines up and let him rip this week.

Other running backs to consider starting this week include:

The Saints rank as the second-best defense against the run, according to D-PAC. They also allow the least fantasy points in the league to the position.

This is also a tough matchup for RBs. The Washington Football Team has the fourth-highest D-PAC against the position.

Which wide receivers should I start or sit in my Week 13 fantasy football lineup?

The Vikings should have plenty of opportunities against a defense that allows the fifth-most fantasy points to receivers. Even with Adam Thielen back, Jefferson should see enough opportunities to remain in lineups this week.

Do not read too much into last week when it comes to the Saints’ game plan with Taysom Hill. Outdoors against the Broncos is a tough spot for a QB making his second start. Look for Sean Payton to stretch the field with his arm, and Sanders is the beneficiary of that. The Falcons’ pass defense is one of the worst in the league, and I see Hill taking more shots down the field to Sanders.

Nelson Agholor is dealing with an ankle injury and did not practice until Friday. Renfrow was the most targeted receiver last week, and I see much of the same this week. The Jets allow the sixth-most fantasy points to the WR position. This should be a “get-right” game for this offense, even with Devontae Booker getting the start.

Start ‘Em: Other wide receivers to start this week

Other wide receivers to consider starting this week include:

This is a bad spot all around for the Cowboys. The Ravens defense ranks as the eighth-toughest matchup for receivers and will blitz plenty against a bad offensive line.

Which tight ends should I start in my Week 13 fantasy football lineup?

The Lions will still be without Kenny Golladay again this week, and with D’Andre Swift (illness) potentially limited, Hockenson should continue to be Stafford’s go-to on offense. The Bears’ defense has a strong reputation, but they have the highest D-PAC and allow the third-most fantasy points to the position. Hockenson’s consistent volume has him ranked as the second-most consistent tight end of the season.

Entering Week 13 of the 2020 NFL season, Hockenson should not even be part of the start ’em sit ’em conversation. However, some seemingly doubt his credentials against what is seen to be a top-tier defense.

Jonnu Smith has been ruled out of the Titans’ Week 13 matchup, leaving Firkser as the projected starter after returning to practice Friday. The last time Firkser got a start, he had a team-high 22% target share on 29 routes. This is a great spot start if desperate for a TE this week.

Start ‘Em: Other tight ends to consider starting in Week 13

Other tight ends to consider starting this week include:

Defenses to consider starting this week include the Seattle Seahawks vs. New York Giants, the Miami Dolphins vs. Cincinnati Bengals, and the Las Vegas Raiders vs. New York Jets.

Be sure to follow us on Twitter: @PFN365 to stay up to date with all things around the NFL and the 2020 fantasy football season! Also, continue to visit Pro Football Network for NFL news and in-depth analysis while also visiting our fantasy football section for more coverage and up-to-date rankings.