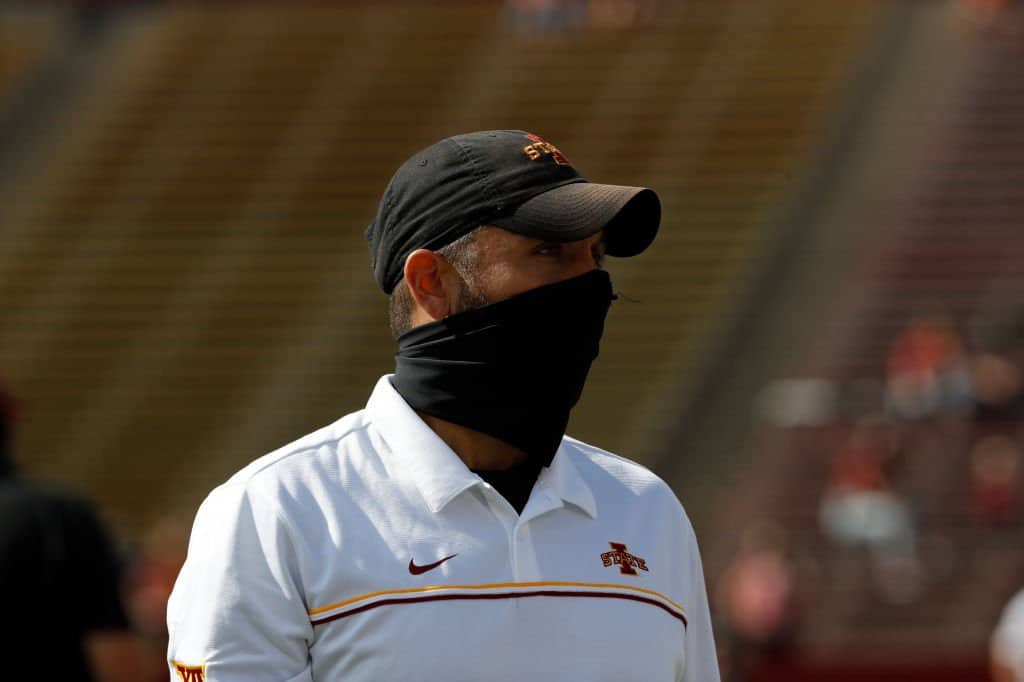 College football saw an influx of talent take the field this past weekend with the return of the Big Ten. Meanwhile, the NFL trade deadline is fast approaching. So let’s not waste any time and dive into the weekly mailbag to talk about the latest NFL rumors and draft news from around the league.

This week’s questions cover Jaylen Waddle’s future, Sam Darnold’s future with the Jets, several potential New York Giants players on the move, and much more. But first, we begin with some talk about which college head coaches could be candidates to come to the NFL in 2021.

Remember, if you have a question you want to send in for next week’s mailbag, you can e-mail it to [email protected] or send a tweet @PFN365 on Twitter using the hashtag #AskTonyPFN, and we’ll try to include it in an upcoming mailbag column.

With the success of Matt Rhule and Kliff Kingsbury, do you think teams in need of head coaches will look at the college ranks? Are there any rumors about which college head coaches will be serious candidates for NFL teams this cycle?

Matt Campbell of Iowa State has a lot of fans in the league, but he also has a good number of detractors. Some think Campbell is too buddy-buddy with his players at Iowa State and don’t believe that will go over well in the NFL.

Clemson’s Dabo Swinney gets a lot of publicity as an NFL head coach in 2021 — but again, there are many who feel his schtick won’t work all that well in the NFL.

David Shaw of Stanford always gets a lot of talk about being hired at the next level, but nothing ever comes of it.

A year ago at this time, I reported that Rhule was the hottest name in the college ranks as far as next-level head coaching candidates, and he was immediately scooped up. No college coach has reached that same level of enthusiasm at this point.

In light of Jaylen Waddle’s devastating injury, have you heard any NFL Draft rumors around the possibility of Waddle (only a junior) returning to Alabama rather than declaring for the draft?

Not as of yet, and it’s way too early for a decision. It’s going to be a wait-and-see proposition, as ankle injuries and receivers are not a good combination. I was informed Waddle has an insurance policy for loss of value.

With the Jets seemingly in the driver’s seat for Trevor Lawrence, are there any NFL Draft rumors suggesting the Jets would not select Lawrence first overall? If not, who are some realistic trade partners for Sam Darnold?

At this point, it’s way too early to tell — we don’t know who the Jets head coach is going to be in 2021, we don’t know how much input Christopher or Woody Johnson will have on the head coach and Sam Darnold, etc.

The Jets are not going to let it be known in October that they are done with Darnold and they are moving full steam ahead with the hopes of drafting Lawrence (assuming they get the first pick). That said, there are no rumors that the Jets would not pick Lawrence if they have the opportunity.

As far as trading partners, I spoke about a couple a few weeks ago during my podcast — Pittsburgh, New Orleans, and, ironically, the Indianapolis Colts. You also have to throw Dallas in the mix, as Mike McCarthy wanted the Jets job in 2019 largely because he wanted to work with Darnold.

There are a lot of people in the league who still REALLY like Darnold and feel he can be salvaged.

I remember you mentioning Wisconsin TE Jake Ferguson as someone with “bigtime upside potential” in 2019. After Friday’s game where he looked like Graham Mertz’s go-to target, where would you rank Ferguson in this loaded TE class?

I’ve always thought Ferguson had top-60 potential since I graded him after his terrific freshman campaign. He was a big disappointment last season, as he never took the next step.

Hopefully, Friday’s game is the beginning of Ferguson elevating his game, as I mentioned in this week’s NFL Draft Stock column. Right now, he is my fifth-rated tight end and a third-round pick. If he moves up, it will only be one or two spots.

Is there any truth to the NFL trade rumors regarding Evan Engram, Kevin Zeitler, and Golden Tate? What do you think the Giants would be looking for in return?

Evan Engram: Unlikely unless the Giants are blown away with an offer. They view him as a premier player.

Kevin Zeitler: If they get a quasi-decent offer, they will move him. They believe he was better last season than this season and that his best days are behind him. There are also some in the building who like Shane Lemieux and would like to see Lemieux get playing time.

Golden Tate: They wouldn’t mind moving him, but it may be tough with big money coming to him next season.

Do you think Mike McCarthy will be one-and-done in Dallas? If so, are there any whispers that Jerry Jones may try to lure Lincoln Riley away from Oklahoma?

Considering he signed a five-year deal for $30 million, coupled with the fact that he lost his quarterback early in the season, I’d be shocked if McCarthy is fired after the season.

Are there any super under-the-radar Indiana prospects who stood out to you in the Hoosiers’ upset win over Penn State this past weekend?

I love offensive tackle Matt Bedford, though he’s not draft-eligible. Obviously, Jamar Johnson is someone to watch moving forward. I was disappointed in James Head Jr. and his inability to get pressure upfield.

Anyone from Northwestern surprise you in the Wildcats’ dominant victory over Maryland?

Tight end John Raine, who was my sleeper in this week’s Risers/Sliders column, was the prime player who stood out. I don’t think it was a really strong test for Northwestern, as I never thought Maryland would be that good this season.