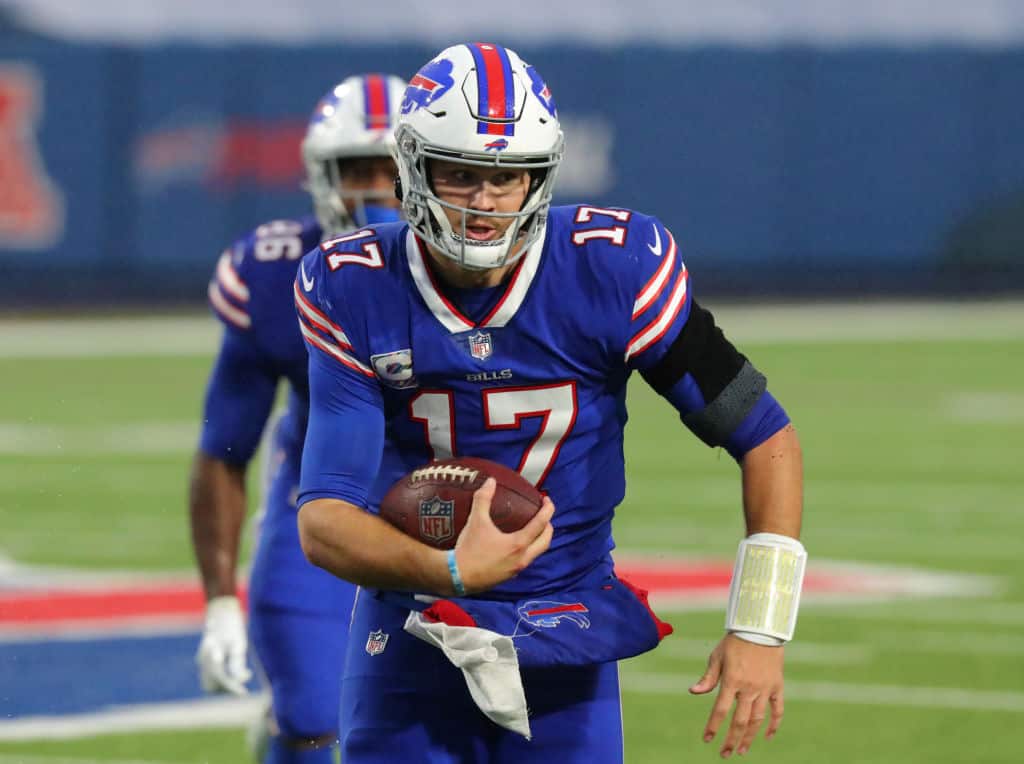 What a fantastic slate of games Week 7 provided, and things do not look like getting any less exciting in Week 8! As we reach the official halfway point of the season, which NFL betting lines for Week 8 look the most intriguing? Here are the best NFL odds to target this week.

I was astonished to see the odds for this one, as it’s Tua Tagovailoa’s first start in the NFL. Not only is Tua making his first career start, but it’s against a Rams defense that ranks sixth in total defense and features Aaron Donald, who is second in the league in sacks. The Rams have also allowed the second-fewest points per game in the league, and their offense has been in a rhythm all season. Jared Goff has 12 touchdowns to just four interceptions, and the playcalling by Sean McVay is parallel to that of the 2018-19 season in which Los Angeles made it to the Super Bowl.

All of this isn’t to say that the Dolphins haven’t played well, because they have. Their defense is right behind Los Angeles in scoring defense, allowing just 18.8 points per game. That said, this is Tua’s first start against a top-notch defense and an offense that can put up points.

The Rams are 4-3 against the spread, and the Dolphins are 4-2. The NFL betting lines in Week 8 favor the Dolphins to keep it close, but I have to disagree under these circumstances.

The Rams have a more talented team, to put it bluntly. Donald will get a few licks in on Tua, and the Rams in sync offense should be able to put up more than enough points for the Rams to win comfortably and keep pace in the NFC West race.

I know, I’m breaking my own “don’t bet on the Falcons” rule, but these Thursday night games have favored the underdogs. The underdog has covered in all but one Thursday night game this season dating back to Week 2. The only underdog who didn’t cover was the Jets in Week 4, as they were one point underdogs in what was practically a pick ’em against Denver. It’s the same old story in Atlanta, I know. They have the talent on offense but somehow continue to blow leads and lose close games that they seemed to have in the bag. Matt Ryan leads the league in passing, so it’s not like they aren’t doing anything right, but their ability to close games, or lack thereof, continues to haunt them.

The Panthers are an odyssey to me. They are young defensively, Teddy Bridgewater and the offense have seemed okay at best, and I didn’t have high expectations in the preseason. They are in the middle of the pack in total offense, 12th in passing offense, and sit at 3-4. The Panthers are just meh.

The Falcons are 2-5 against the spread, and my goodness, their season is well-documented for all the wrong reasons — I’m surprised Vegas didn’t make a more egregious NFL betting line for this Week 8 contest, if only because the Falcons’ bad luck is pop culture at this point. The Panthers have played in a lot of close games and are a respectable 4-3.

If this weren’t a Thursday game, I wouldn’t touch it, but I can’t help myself. While the NFL odds err towards the Panthers, the Falcons experience may come in handy on a short week against a younger Carolina team. These Thursday games seem to favor the underdogs — let’s see if that trend continues.

The Bills would be bigger favorites if not for their weak 18-10 win over the New York Dumpster Fi- I mean Jets. Despite their lack of execution against a far inferior opponent, the Bills have the chance to take a pronounced lead in the AFC East. If they win, they are 5-2 while the next best team would be Miami, who would be 4-3 at best, but the Dolphins aren’t a threat to win the division if we are realistic. The biggest reason Buffalo is doing as well as they are is Josh Allen, who is fourth in the NFL in passing yards while throwing 16 touchdowns to just four picks. Buffalo is a real threat, and Allen is their primary catalyst.

The Patriots were talked about by many as a Super Bowl contender following that great Week 2 game against the Seahawks, which they lost, but Cam Newton looked remarkable. Since then, they are 1-3, and Newton has thrown five interceptions in his last two games. The Patriots’ lack of talent is getting more and more apparent. They have scored just 28 points in their previous three games combined, and they can’t seem to find a go-to playmaker.

Neither team has been great against the spread this season. Buffalo is 3-4, while the Patriots are just 2-4. The Bills have been good at home, though, as they are 2-1 in covering while playing in Buffalo.

The Bills have more talent than New England. The NFL odds favor New England to cover, but the Patriots’ flaws offensively are starting to show more frequently. This Bills defense is starving for a dominant performance, and Week 8 could be the day they get it.

The Seahawks are fresh off a heartbreaking loss to the Cardinals in the most exciting game of the year. While Russell Wilson has played almost flawlessly up until this point, he did throw three interceptions in the Week 7 loss to Arizona. Wilson threw for nearly 400 yards and three touchdowns and, despite the turnovers, is still looking like the MVP frontrunner. The Seahawks lead the NFL in total offense, and it seems as if there is no slowing them down.

Even after the 49ers dismantled the Patriots, their team’s holes have been evident this season. Jimmy Garoppolo hasn’t looked good this season, as he is at the bottom of the league in air yards. This Seahawks team will put up points, and if you want to beat them, you have to be able to throw the ball, which the Niners can’t seem to do consistently.

The Seahawks are 2-1 against the spread as the home team, but the 49ers have covered in all three of their road games in 2020, so we’ll see which impressive record prevails. It seems as though patterns will not help us disentangle this Week 8 betting line.

The 49ers’ defense is not the same without Nick Bosa, and their offense is far too inconsistent and dealing with several injuries of their own. I like Seattle to get back on track and keep rolling on its path to an NFC West title.

The Bengals are one of the best bad teams in the NFL. Aside from the 24 point loss to Baltimore, their remaining six games have been decided by a combined 23 points, which means the Bengals are keeping games closer than four points on average. Joe Burrow looks excellent, averaging over 300 yards and distributing the ball around to his talented receiving trio of Tyler Boyd, Tee Higgins, and A.J. Green.

The Titans sustained their first loss of the season at the hands of the Pittsburgh Steelers, and they looked terrible for much of the game. Their pass defense ranks 26th in the NFL, and they are among the worst in the league in third-down defense. One thing I will say about Tennessee is that they protect the ball, as they lead the NFL with a +9 turnover differential.

The Bengals record may say one thing, but their play says another. They are a competitive team and one of the best in the league against the spread. The NFL betting lines are starting to come around to Cincinnati, who should add another cover to their record in Week 8.

The Lions are beginning to find their groove and have won two straight. The offense is finally at full strength after missing Kenny Golladay for most of the first five weeks, and D’Andre Swift has emerged as a reliable go-to weapon.

The Colts are 4-2, but they haven’t really felt legitimate yet. The defense carries them, and Philip Rivers still forces too many passes that lead to turnovers.

I was high on the Lions coming into the season, and they are beginning to show why. With Philip Rivers struggling for consistency, the Lions have a great shot to not only cover but win outright.

The Steelers may be the best team in the NFL; the odds just don’t reflect it. Their defense has no weaknesses, and their offense is flooded with young talent that seems to alternate whose turn it is to have a big week. One week it’s Chase Claypool, the next week it’s Diontae Johnson, and so forth.

The Ravens don’t look nearly as dominant as last season. If a defense takes away the run game and gets any sort of lead, the Ravens are in trouble. Lamar Jackson has shown he can’t win without the run game, and until proven otherwise, it’s hard to take them seriously as genuine contenders.

While Baltimore may win this game, the Steelers defense is going to give the Ravens fits. This will come down to the very end — expect it to stay close throughout.

You can follow Jarrett on Twitter @JbaileyNFL beyond just NFL Betting Lines for Week 8 and NFL odds! Follow the rest of our analysis here at Pro Football Network @PFN365.