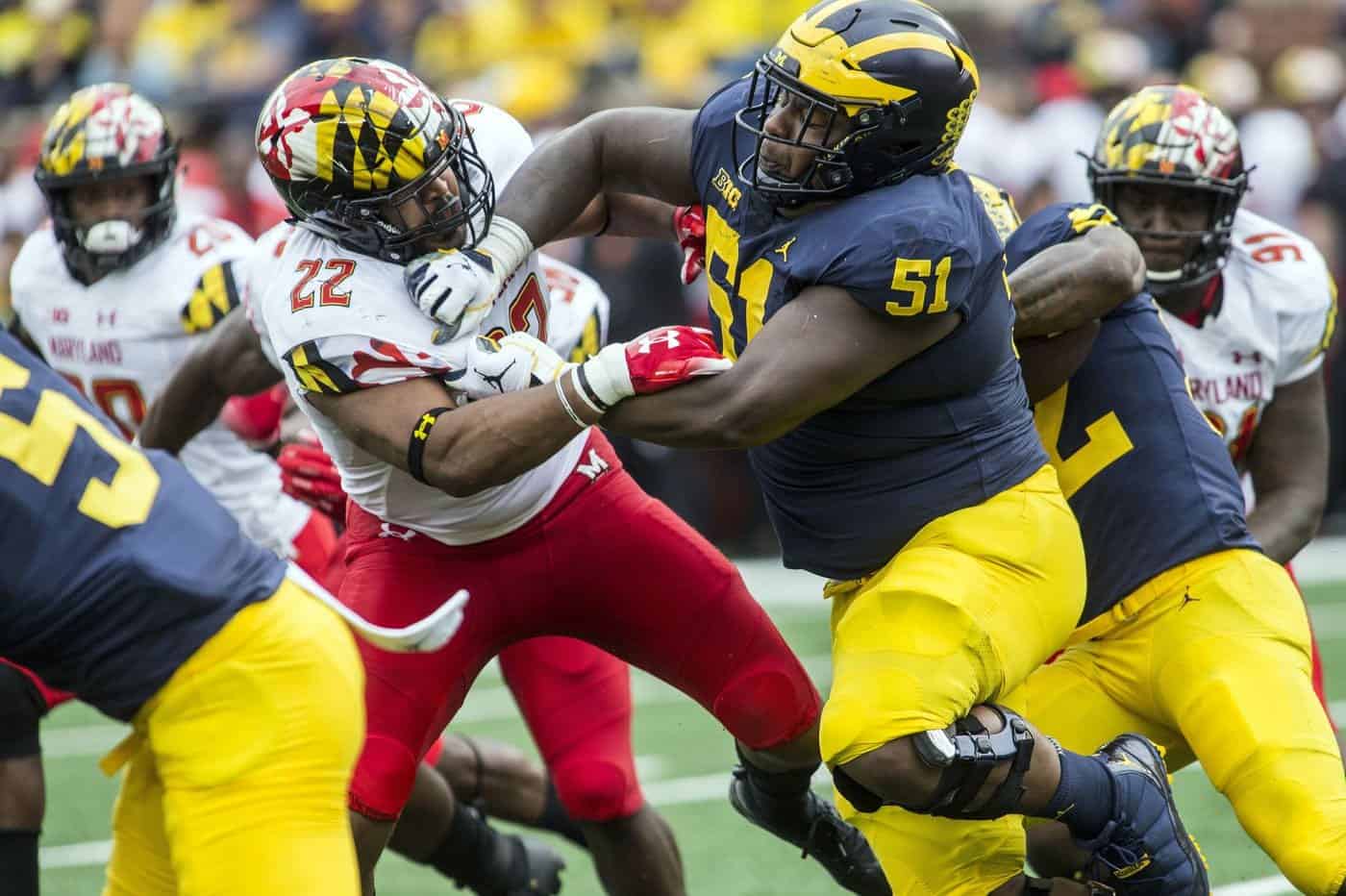 The New Orleans Saints have done a great job drafting as of late. Despite a lack of draft capital in the last two classes, they’ve been able to add a number of talented players that were able to fall to their selections. While the rest of the NFL chooses to overthink, the Saints gladly take players who are on the board much later than they should be. So who did the Saints draft this year and what are the Saints draft grade for the 2020 class?

Who the New Orleans Saints draft

Last year the Saints selected center Erik McCoy in the second round, and he has an excellent season. Now, they’ve selected former Michigan center, Cesar Ruiz. Obviously, they’ll move one to guard, but which one is the question.

Personally, I think Ruiz is better suited for guard because he’s an elite athlete on the offensive interior. It is immensely less common for NFL offensive coordinators to call plays designed to have the center pull out into the open field than guards.

Ruiz and McCoy combine to make one of the top young interior offensive linemen in football. The Saints also have arguably the top tackle duo in the NFL. Add in quality guard Andrus Peat, and there’s a very compelling case for the Saints offensive line to be the best in the NFL.

I was an Adam Trautman fan, and I thought he was good enough to spend an early third-round selection on. He ended up being selected with the second to last pick on day two. The Saints have Jared Cook, who has enjoyed a revitalized career with New Orleans. However, Cook is 33, and the Saints will need someone to man the position once he’s gone. Trautman can do just that.

The tight end position is notorious for taking a long time to develop. Most players, whether they were a high first-rounder or day three selection, take at least a year before making a real impact in the NFL. Trautman spending a year or two behind Cook could be the perfect situation for his development.

It’s hard to claim a seventh-rounder as a reach, but when the Saints only made four selections, it’s hard to find any pick that’s a reach. However, the Saints did choose to use a 2021 sixth round to move up and select him. Stevens was un-draftable in my eyes, so spending a future sixth-round selection is poor value to me.

Tommy Stevens was not brought to the roster to be the heir to Drew Brees. The team envisions him in a Taysom Hill type of roll. He’s athletic and a strong runner. However similar to Hill, he provides next to nothing as a passer. Taking a player to be a back-up gadget player just isn’t good value in my eyes.

Zack Baun slots in as the biggest sleeper, because we have no real idea of how he’ll be utilized in the NFL. He’s versatile enough to play as an edge rusher on passing downs and can play the SAM or even the MIKE in base defense. Where and how Baun is played will determine how successful he is in the NFL, making him the ultimate sleeper.

The Saints only made four selections. It’s almost impossible to get an A when you have such little draft capital. However, they nearly made the most of their four selections. Aside from trading a 2021 sixth-round selection to get back in the draft and take Stevens, they got value all over the board.

The Saints added the final piece to a dominant offensive line, a versatile defender to boost the run defense and pass rush, and the tight end of the future. Another year, another draft where the Saints played the board to near perfection.