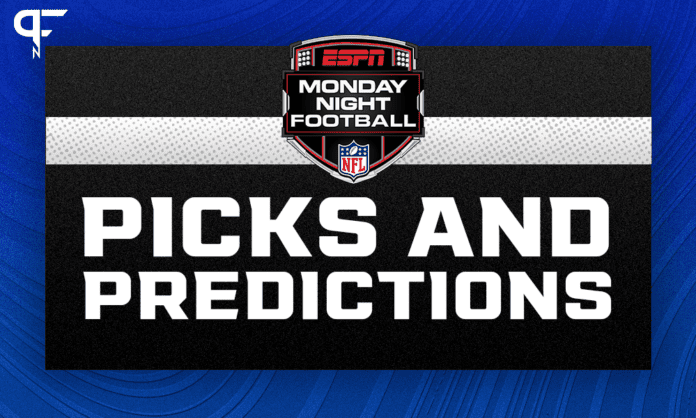 Monday Night Football picks, predictions against the spread for Week 5

In our Week 5 Monday Night Football prediction, we take a look at the NFL odds and provide a pick for tonight's Colts vs. Ravens game.

The boys are back in town. Tonight, we close out Week 5 of the 2021 season with a blast from the past as the Indianapolis Colts travel to their home away from home to battle the Baltimore Ravens. Let’s dive into Colts vs. Ravens and determine the best pick for this NFL betting prediction in this Monday Night Football matchup.

For 30 years, Baltimore was home to the stampeding Colts. They were Super Bowl champions in 1970 and were a force to be reckoned with in the AFC East. Can a hobbled Carson Wentz lead the Colts into the rowdy environment that is M&T Bank Stadium and come out with a win? Or will the aggressive Ravens defense force Wentz into mistakes and take this Monday Night Football pick?

We all know the unpredictable nature of prime-time games, and a matchup with this history may make for a fascinating story. Baltimore needs to secure a victory to remain in control of the AFC North, while Indianapolis needs this to stay one game back of the Tennessee Titans.

If you were told the Colts owned a 6-2 record against the spread over their last eight road games, would you believe it? They have a solid defensive unit and run the ball well. Both those traits travel well and are necessary to stay in contention with the Ravens tonight. Baltimore quarterback Lamar Jackson has taken 11 sacks through four games, and Indianapolis will have plenty of opportunities to take him down. Last week against the Miami Dolphins, the Colts recorded 3 sacks and 2 forced fumbles.

Indianapolis will need to get running back Jonathan Taylor up and running to control this Monday Night Football pick. They are 25th in the league in passing offense, averaging 214 air yards per game. They do slightly better on the ground, amassing 112 rushing yards per game, which is good for 15th in the NFL.

Wentz is completing 63% of his passes for 920 yards with 5 touchdowns and 1 interception. He is still getting acclimated to his new team and can start to put the pieces together tonight against a depleted Ravens defense. Baltimore is allowing 273 yards per game through the air, which should enable Wentz some key opportunities if his offensive line can protect him from the continuous blitzes.

Indianapolis finally recorded their first win of the season last week and will look to continue the momentum by stealing one in Baltimore tonight for this Monday Night Football pick.

Birds of a feather

When you have an NFL MVP leading the way, you are usually the favorite to win the game. This is typically the case with the Ravens. For the umpteenth time in a row, Baltimore has a top-five rushing attack led by Jackson himself. They are grinding out 164 yards per game on the ground at 5.2 yards per carry.

To cover the 7.5-point spread and win this Monday Night Football pick, Indianapolis will need to limit Baltimore’s offense. It will be a comfortable 67 degrees tonight in Baltimore, so weather shouldn’t be a deciding factor in this one.

Colts vs. Ravens prediction and pick

On paper, this matchup seems too easy. One team is a Super Bowl contender, while the other is still figuring out how to win. Additionally, covering more than a touchdown is a difficult task in today’s NFL. The league has more parity than ever before, and prime-time games are always exciting and unpredictable.

A good run game and good defense travel well in the NFL, and thankfully the Colts have both. This game will be one of those grind-it-out types of matches where both teams likely employ a run-first attack. They will presumably rely on their stout defenses to limit the opposing team’s offense. With a 7.5-point spread, I’ll gladly take the uncomfortable side in the Colts. I expect a 28-23 final score, with Baltimore coming out victorious in this Monday Night Football prediction.