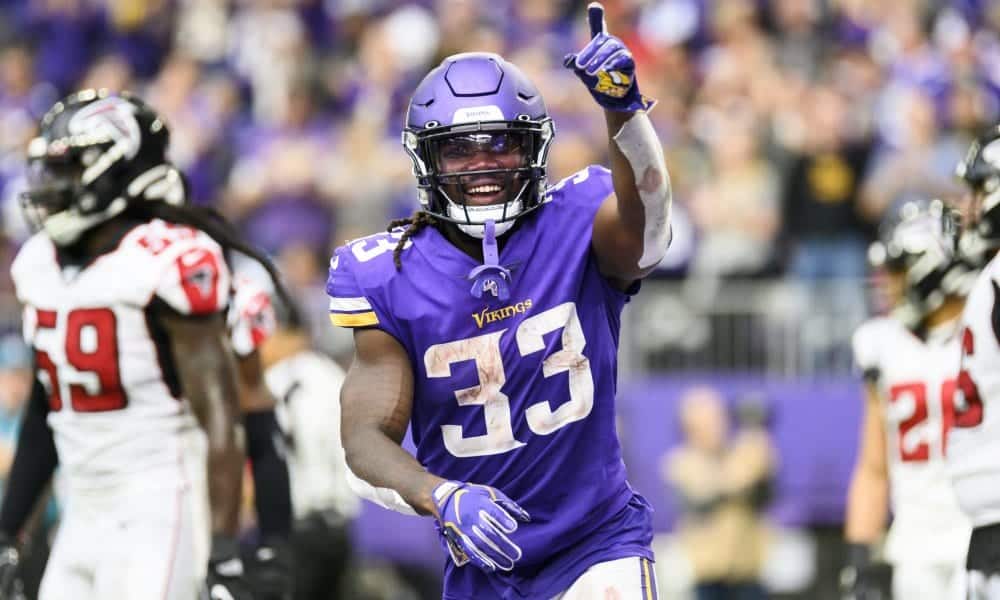 The real Dalvin Cook, please stand up! On Sundays 28-12 victory over the Atlanta Falcons, he did just that. Cook tallied 21 carries, 111 yards rushing, and two touchdowns on the ground along with two catches for nine yards. It wasn’t just the stats that had Minnesota  Vikings fans excited. It was the elite burst in which he had previously shown at Florida State. Fans were robbed from seeing that burst early in his rookie year when he blew out his knee four games into the season.

While struggling with injuries and only 15 games played in his first two seasons, Cook seems to be rolling into year three fully healthy. With the new and improved running attack, the Vikings blew out the Falcons week one and now head to Lambeau for a matchup to see who sits at the top of the NFC North.

Not only will being fully healthy help Cook, but the new offense is perfectly tailored for him. With the fourth different offensive coordinator in the last five years and a struggling run offense in the past, this year Gary Kubiak is ready to focus on the run game. The Kubiak zone-blocking scheme will fully maximize Cooks cutback abilities and the mobility of the blockers up front.  This will then open up Kirk Cousins for misdirection plays and comprehensive play-action fakes.

On Sunday’s victory, Cousins only attempted ten passes for 98 yards. When was the last time you saw that from Cousins? AND they dominated the entire game. The Kubiak + Cook combo could be something special.

Kubiak is my fave, man. That system done right, is very hard to stop, with decent backs. With a special back like Cook, look out.

In Cooks two career matchups with the Packers, he has yet to find success on the ground. In the second game of the 2018 season, Cook rushed ten times for only 38 yards. In the second matchup last year, he again only had ten rushes for a mere 29 yards. But that was 2018. It’s a small sample size so far in 2019, but the new offensive scheme paired with Cook looking as healthy as ever seems to be the recipe for success for the Vikings run game.

The 2019 Packers defense seems to be much improved as well. The Packers held the Chicago Bears to only 46 yards on 15 attempts (3.1 avg) and 0 touchdowns in week one. Week two is going to be a great test for this Vikings offense to see if they can keep things rolling on the road against a stellar run defense.

Jeremy is a writer for PFN covering the NFC North. You can find him on twitter at @HoggNFL.

In this article:Dalvin Cook, Featured, featured