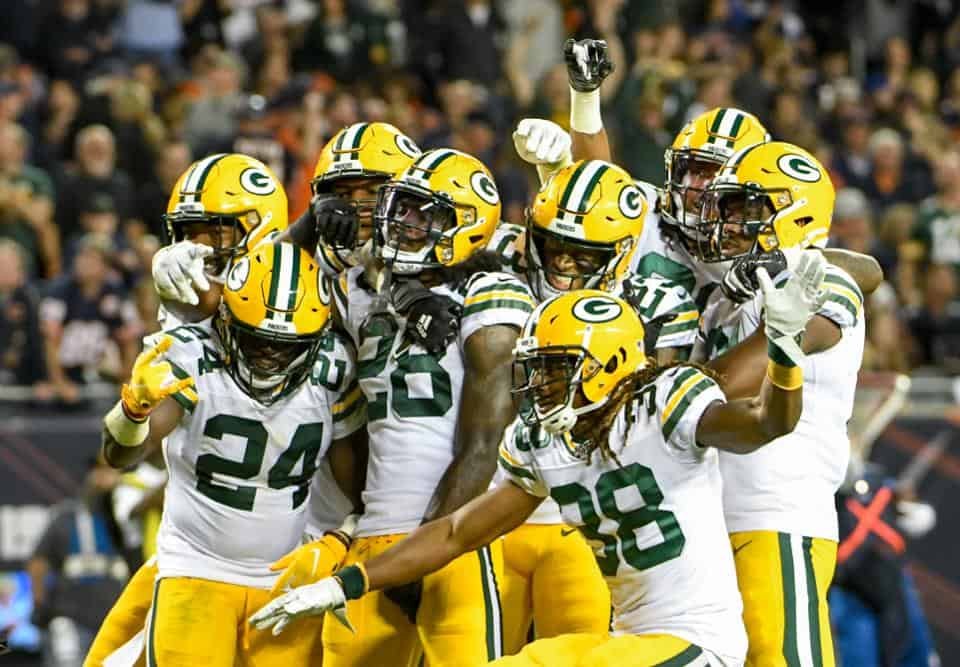 Many were shocked by the outcome of Thursday night’s game. Not only did the Green Bay Packers march into Soldier Field and beat the “Super Bowl contending” Chicago Bears, but the Packers defense did something that it hasn’t done in years; show up.

All offseason, talks of Green Bay’s revamped defense swirled the media. On paper, the acquisitions of guys like Preston and Za’Darius Smith, Adrian Amos, and Darnell Savage made that defense a real player in the league. But without any on-field production to show yet, the verdict was still out on how good this unit would actually be.

Through only one game, it’s far from reasonable to label Green Bay’s defense as a championship-level unit. But after what they did to Matt Naggy’s team on Thursday, there is a reason to be optimistic in Title Town.

Preston Smith, Za’Darius Smith, and Adrian Amos, the team’s three biggest free agency, all showed up in a big way in week one. The Smiths combined for 16 quarterback pressures and 2.5 sacks, while Amos anchored the secondary all night and made a game-saving interception in the corner of the endzone late in the game. Rookie Darnell Savage also had a huge night. The Maryland product was all over the ball all night long, smothering opposing wideouts and nearly coming up with an interception on three different occasions. His aggressive play set the tone for the rest of the secondary, and it looked like the birth of a young defensive star on the field.

The defense at large practically pitched a shutout. The one score Chicago put on the board, was a six-play 16-yard drive that started on Green Bay’s 36 yard line. If anything, you can blame that on Matt LaFleur and the offense’s putrid start (more on that later). Mitchell Trubisky was sacked five times and never looked comfortable, and Matt Naggy’s playcalling, which won him Coach of the Year in 2018, couldn’t penetrate Mike Pettine’s stonewall defense.

Of course, other factors contributed to the Bears only scoring three points. For starters, Trubisky looked BAD, and he doesn’t start to unbottle some of that potential, that offense is going to be very limited. Also, remember that it is only week one. Most teams (apart from the Ravens who nearly dropped a 60 burger on the Dolphins on Sunday) do not have their offenses fully on track until the third or fourth week of the season.

Nonetheless, teams don’t give up just three points in a game on accident. Green Bay’s defense is real, and it will be a problem for the league moving forward. Might there be some cracks in the road along the way — of course. Will they always look as dominant as they did on Thursday night — absolutely not. But the foundation has been set for an excellent year for the Packers defense.

Let’s talk about that offense

Enough has already been said about how bad Green Bay’s offense looked in the first quarter. The play calling looked suspect, the players looked uninspired, and for the first 15 minutes, the twitter world was convinced that Aaron Rodgers had fallen off the cliff. The offense never truly found its stride, other than the one scoring drive, but that’s okay. As said before, week one offenses are never fully functioning offenses. Especially considering the offense debuted a new head coach, new offensive coordinator and a new play-caller, expecting them to be sharp right out of the gates is unrealistic.

There is also the fact that Aaron Rodgers didn’t play in the preseason. This was brought up frequently by the NBC crew calling the game and is a valid reason for the team’s sloppy play. It is impossible to simulate a game atmosphere in any other environment. It took the entire offense, including Aaron Rodgers, over a quarter to adapt to that. But to anyone who thinks that it was a mistake for LaFleur to keep Rodgers out of the preseason because of how poorly they played in Chicago, just remember: A rusty Aaron Rodgers is better than an injured Aaron Rodgers. There is no need for him to be on the field, risking his body in a meaningless game.

Green Bay’s offense on Thursday was not pretty to watch. If they come out again next week against the Minnesota Vikings, the way they did this week against the Bears, that should be a red flag. If we get three or four more weeks down the road and the offense still doesn’t look like it has any flow or rhythm to it, that is also a major red flag. But right now, the season is still in its infancy. Give LaFleur the benefit of the doubt and let this offense work through its week one struggles. Heed Aaron Rodgers’ words and just RELAX.