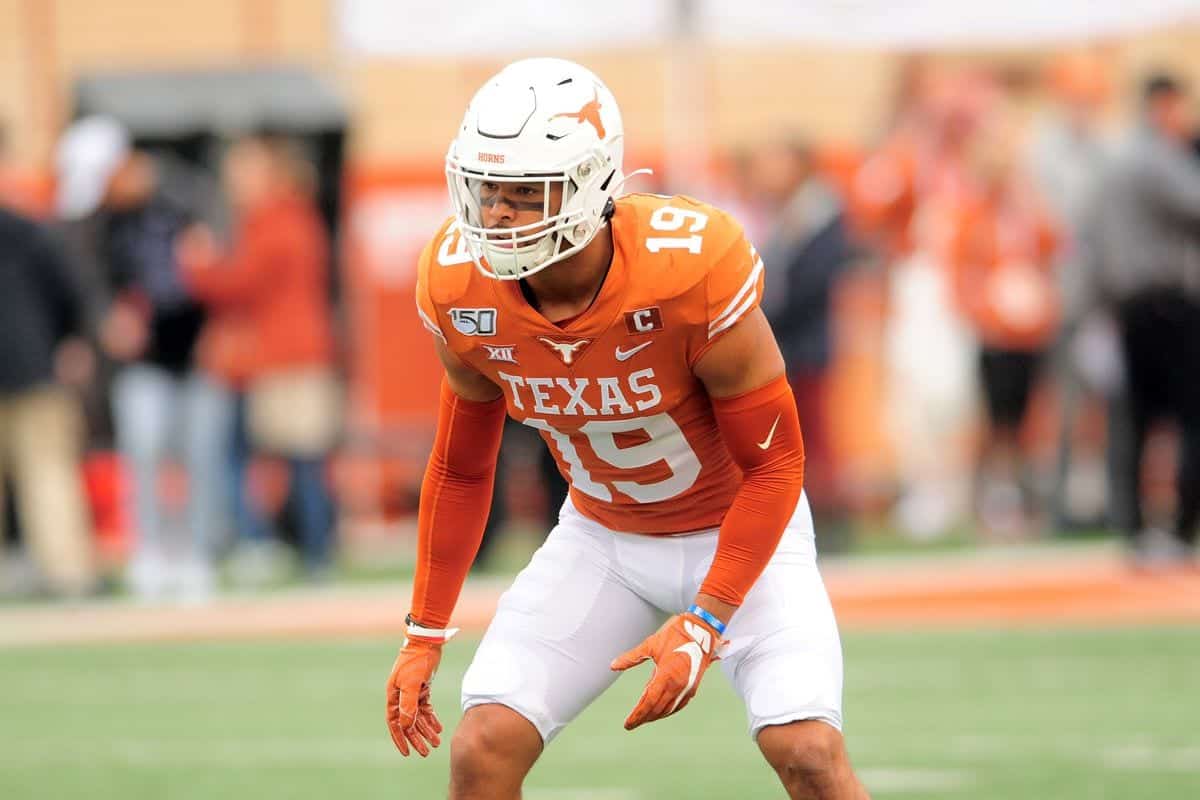 We’re back for another Miami Dolphins mailbag and this week, I’ll answer questions regarding the 2020 Miami Dolphins third-round draft pick, Brandon Jones from the University of Texas. What is he a reach for the Dolphins with the 70th overall pick? What did he do before the NFL Combine that impressed a lot of teams? What do General Manager Chris Grier and head coach Brian Flores see in him as a player? I get into all of that below.

In our first mailbag, I answered questions related to the Dolphins’ first round of the 2020 NFL Draft, including the wide receiver the Dolphins were targeting at 26, their true thoughts on Tua Tagovailoa vs. Jordan Love, Austin Jackson, and more. In my second mailbag, I looked at the Dolphins’ second- and third-round draft selections.

In my next mailbag, I’ll talk about the Dolphins’ fourth round-selection, Solomon Kindley, the offensive guard from Georgia. If you have any questions related to Kindley, you can email me at [email protected] or send it to us on Twitter: @DolphinsPFN.

A few people, including myself, were surprised at how early the Dolphins selected Brandon Jones at 70th overall. What does Miami see that I don’t?

You’re right – at least on paper, he was selected a bit early. PFN’s Chief Draft Analyst Tony Pauline rated Jones 102nd overall and the PFN Consensus Board rated him 116th overall. However, I sense that part of it may have been more of the Dolphins having a wide gap between Jones and the next safety on their board.

As it played out in the draft, Tanner Muse was selected by the Las Vegas Raiders at 100th overall, 30 picks after the Dolphins selected Jones. Terrell Burgess was selected four spots later by the Los Angeles Rams and K’Von Wallace was selected 127th overall by the Philadelphia Eagles.

So, it seems like the Dolphins may have played this the right way. And of course, they hope they will be rewarded for taking the hard-hitting athlete who can likely play both safety positions.

Pauline notes that Jones is a solid run defender who is forceful up the field and plays physical football. He’s efficient, keeps the action in front of him, and takes proper angles to the play. However, he lacks explosive closing burst and occasionally late to pick up assignments, which leads to blown coverages.

Is it true that Brandon Jones memorized NFL playbooks and presented that information during pre-draft interviews?

Because he could not participate in the workouts at the NFL Combine due to a torn labrum, Jones asked each team to send him playbooks and tape so he could prepare for the meetings.

Jones said it took about eight weeks to study all of the tapes he received and noted how it enabled him to learn how different teams scheme against their offensive counterparts.

“I knew I wanted to grow my game mentally. That’s something that’s going to keep you in the league for the longest time,” Jones said after being selected by the Dolphins. “I was very determined to get as much film as I could from my agent. I requested that from my agent to see as much film (as I could).

“I really wanted to dissect the defense of each NFL team and get a different sense of how teams scheme up different teams and what’s teams’ main coverages and why they run this versus that. I just took a lot of questions with me and I don’t know. It was a really fun experience and it took a lot of time – probably about 8 weeks to finish the whole thing. It was definitely worth it at the end of the day.”

Featured | How Jordan Howard fits into the Dolphins RB room

And when it was time to meet the Dolphins to review what he had learned and to talk more about what he could bring to the team, Jones said there was an immediate connection.

“Their big thing obviously is they liked how versatile I was and how I’m able to kind of move around and not have one specific position. Just kind of be very coachable and do whatever I’m told to do at the end of the day. It was awesome. It was an awesome experience.

“I just kind of had a very good vibe when I sat down and met with them. It was kind of like a connection at first sight, especially when I went and sat down with them and talked to them. I had a really good feeling about it honestly, and it kind of went up from there.

What is that the Dolphins like most about Brandon Jones?

The Dolphins and their front office met Jones at the Senior Bowl in Mobile, Alabama and Flores felt that there was a potential for the Dolphins to select him. This pushed the Dolphins to continue their film study and evaluation on the Texas Longhorns captain. And when they finished studying Jones, Grier came away with a concise and direct evaluation.

Grier noted how they spent a considerable amount of time talking to many people at Texas about Jones, and all had glowing reviews about him. But despite how impressed they were with Jones memorizing playbooks of NFL teams, Flores wanted to make it clear that this was not the reason why the Dolphins drafted him.

“I’d say first and foremost, he’s a good player. I don’t want guys to feel like if they just show up and show us that they watch a lot of tape, that we are going to draft them. That’s certainly not the case,” said Flores. “This is a guy who is a guy who is smart and he communicates, and that’s obviously an important part of the game. He can run, he tackles, he does a lot of good things physically. While that was impressive, what we saw on the field was the lion share of the evaluation we made.”

Will Brandon Jones be a starter this year for the Dolphins?

Because Jones still needs to develop, it is unlikely that he will be able to unseat any of the current safeties on the team as a starter, including Eric Rowe and Bobby McCain. Look for him to contribute on special teams in year one while seeing occasional playing time in the backend of the secondary.