RB Jordan Howard joined the Miami Dolphins during the offseason. Now, he looks to reverse the downward trajectory his career has seen in the last two years.

The Miami Dolphins overhauled much of their roster during the offseason, but few positions saw as much change as running back. The team signed Jordan Howard in free agency, and then engineered a surprise trade for Matt Breida during the 2020 NFL Draft.

Those two additions mean that the 2020 backfield will almost certainly be an upgrade over what Miami was working with last season, but just how good are Howard and Breida? In order to find out, I will be covering both players using PFN’s Offensive Share Metric (OSM). This week, I’ll be looking at Howard, and whether he can revitalize his career as an RB with the Dolphins.

Looking at Howard’s time in the NFL so far

Howard’s career started about as well as it possibly could have. He made the Pro Bowl during his rookie season with the Chicago Bears, gaining 1,611 yards from scrimmage and seven touchdowns. He then followed that up with a nearly as successful sophomore season.

But after seeing a decrease in production during 2018, he was traded to the Philadelphia Eagles. There, a lingering shoulder injury derailed his season, and he was largely supplanted by rookie Miles Sanders. As a result, he only managed 526 rushing yards. It was a series of unfortunate events for Howard, who now looks to restart his career with the Dolphins.

What does Howard’s OSM grade say about his RB play going into his first year with the Dolphins?

Because of his injury, Howard’s statistics might not reflect his level of play. Fortunately, the OSM excels at illustrating how valuable a player was, even if their playing time was limited by external factors. It looks at how much influence a player had over their statistics, thus allowing us to determine how important they were in creating them.

in Howard’s case, his OSM grades confirm the pattern that his statistics show. Looking below, you can see his OSM grades from each of his seasons in the NFL, as well as where they ranked among other running backs.

In 2016, the metric graded him as one of the NFL’s most effective runners. And despite a slight dip in his statistics the next year, his grade actually went up slightly, implying that the statistical decrease was not the result of a decline in Howard’s play.

However, in 2018 his grade fell dramatically, and he did not improve by a significant margin the following season. Evidently, something happened between 2017 and 2018 that dramatically reduced Howard’s effectiveness.

Looking more closely at 2019, it seems that Howard did improve slightly as the season progressed, although not by much. The chart below shows his week-to-week OSM grades, represented by the black dots, compared to the league average for running backs, represented by the yellow line. 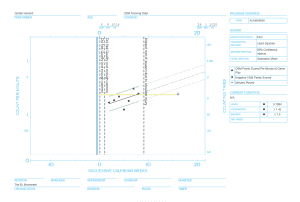 As you can see, he appears to have been trending upwards prior to his injury. However, his starting point was very low, so most of his grades still ended up below average. In theory, that upward trajectory could be a sign of better things to come for Howard, although more evidence is needed to say for certain.

Explaining the change in Howard’s OSM grade largely comes down to two statistics. The first was his efficiency rating, a metric that sounds more complicated than it actually is. Simply put, it measures the number of physical yards a player ran in order to gain one yard on the football field. In other words, it is a literal measure of how efficient a running back was with their movement. The higher the number, the less efficient the player.

The other statistic we need to look at examines how often there were eight or more defenders in the box when Howard was in the game. The relationship between these two metrics makes it abundantly clear why his grades fell.

In 2017, Howard had the NFL’s sixth-highest efficiency rating, at 4.65. Clearly, that is quite poor. However, he also faced eight or more defenders in the box 43.12% of the time, the seventh-highest percentage among qualifying running backs. As such, it is easier to excuse his lack of efficiency because he was placed in more challenging situations.

But the next season he didn’t have the same excuse. The percentage of plays in which he saw eight or more defenders around the line of scrimmage plummeted to just 14%, less than 1/3 as often as the season prior. His efficiency rating did improve, dropping by almost a yard to 3.73, but not by nearly as much as it should have to match how much easier running the ball should have been for him.

I used 2017 and 2018 as examples because the clearest differences can be seen there, but the same pattern can be seen in 2017 and 2019. For whatever reason, after 2017 teams stopped stacking the box as much against Howard, but he failed to take full advantage of the additional space.

A minor caveat to this data

It is important to note here that the OSM does not take into account a running back’s receiving statistics due to a lack of available data. It is difficult to say how this fact would affect Howard’s grade. His numbers in that area have declined; after nearly reaching 300 yards in 2016, he failed to reach 150 in any of the subsequent seasons.

However, his catch percentage did go up by more than ten percent in 2017 and stayed there during the next two years, so perhaps his role as a player simply changed. Regardless, those differences are not taken into account by his OSM grade.

How Howard will contribute to the Dolphins RB room

A great deal of how much Howard can impact the Dolphins offense will depend on whether or not he can stay healthy. However, even if that happens, he will still need to increase his efficiency if he wants to be a significant contributor. He showed small signs of improvement in 2019, but that won’t be enough if he aims to be the de facto starter over Breida, who is coming off of a successful season as a part of the San Francisco 49ers running back rotation.

Like many teams in the NFL, Miami will likely use both running backs at various times, but regardless, Howard needs to perform at a much higher level if he wants to replicate the success he saw at the start of his career.