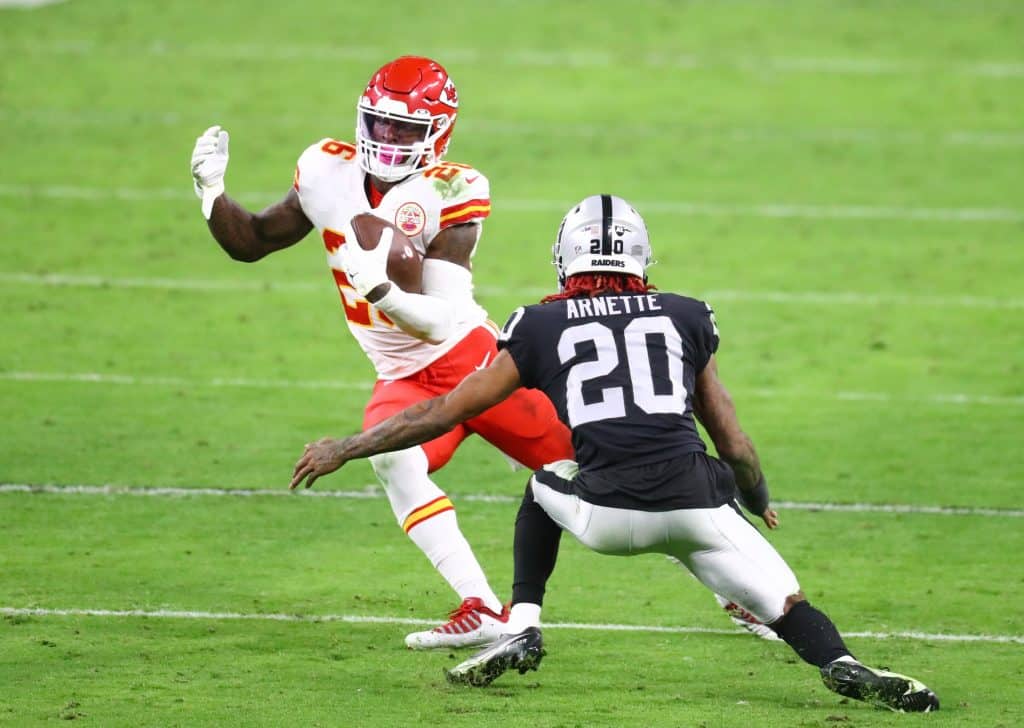 It seems unlikely at this point in his career that Bell is going to be happy being a backup unless that team is a challenger. Therefore, he will likely be eyeing up a starting role, or a backup role on a contender.

Equally, teams will be dubious of bringing in Bell. Will teams like the Chicago Bears and Buffalo Bills take the risk? While they have question marks surrounding the likes of David Montgomery and Devin Singletary, respectively, does Bell solve their problems, or just give them another headache to manage?

The Falcons are an interesting potential landing spot for Le’Veon Bell. Last season, we saw Todd Gurley gamble on the Falcons as the place to rebuild his career, and it backfired. However, with a change of structure in Atlanta, their backfield becomes fascinating. Head coach Arthur Smith is the coach who got Derrick Henry two straight rushing titles.

Now, Bell and Henry are not the same style of player. Still, Bell may be willing to gamble that Smith can give his career that boost. Additionally, Le’Veon Bell in an offense with Matt Ryan, Julio Jones, Calvin Ridley, and Hayden Hurst has the potential to make an explosive unit.

With Kenyan Drake about to hit free agency, the Arizona Cardinals are a juicy landing spot for Le’Veon Bell. Chase Edmonds is currently ready to be the lead back, but there is no certainty he can handle that. Adding Bell alongside Kyler Murray’s running ability would certainly add a dimension to Arizona’s offense. However, with a relatively young offense, could the addition of Bell hurt the Cardinals’ locker room?

There are questions aplenty when it comes to the Miami Dolphins. Myles Gaskin looked good at times leading the backfield. However, there is no certainty he is the man to carry this offense on his back as they let Tua Tagovailoa develop. Le’Veon Bell certainly has the upside to do that, making this a fascinating landing spot.

The issue is that we just saw Bell flame out when being that lead back for a young QB. It would be a big risk for the Dolphins to throw Bell’s personality into this offense. Therefore, given there is no guarantee he would be an upgrade for Gaskin, this is a decision the Miami front office will need to think long and hard about.

If you want to revive your career, why not return to the place it was kickstarted originally? Now, the bridges between Bell and the Steelers are likely extremely burnt, but the pieces are there for why this makes sense. The Steelers know what Bell can do. They are also in a position where they need to win now, given Ben Roethlisberger‘s age, and are about to lose James Conner in free agency.

Equally, Bell knows Pittsburgh’s offense is a place he can have success. They were a team in contention to win the AFC until they fell off down the stretch. Therefore, they check the challenger box as well. Granted the offensive line is not the same, but it is hard to not think the Pittsburgh Steelers are an intriguing potential landing spot for Le’Veon Bell if egos can be put aside.

With Chris Carson about to enter the free-agent market this offseason, the Seahawks need to address the position. With no clear No. 1 in place, Bell would have the opportunity to compete for that role.

The issue for both sides is the uncertainty surrounding Seattle’s offensive line. Bell’s success in Pittsburgh was predicated on the strength of that offensive line. It allowed him to be patient, pick his holes, and run to daylight. We have seen in New York that, when that offensive line is not as good, Bell can struggle to have an impact.

What is Le’Veon’s market value in free agency?

The question now is whether Bell will view himself as a guy deserving of a high-price deal. The other option is that he takes another short-term, low-price deal. This could be to either win a ring or boost his reputation. His decision there could dictate just how quickly he finds a home in the coming weeks.

In the last two seasons, Bell has failed to top 4 yards per carry. In 2020, he had a total of just 16 receptions for 138 yards. His value is at rock bottom right now, and while someone may be willing to give him a deal slightly above the veteran minimum, it is unlikely it will be significantly more.