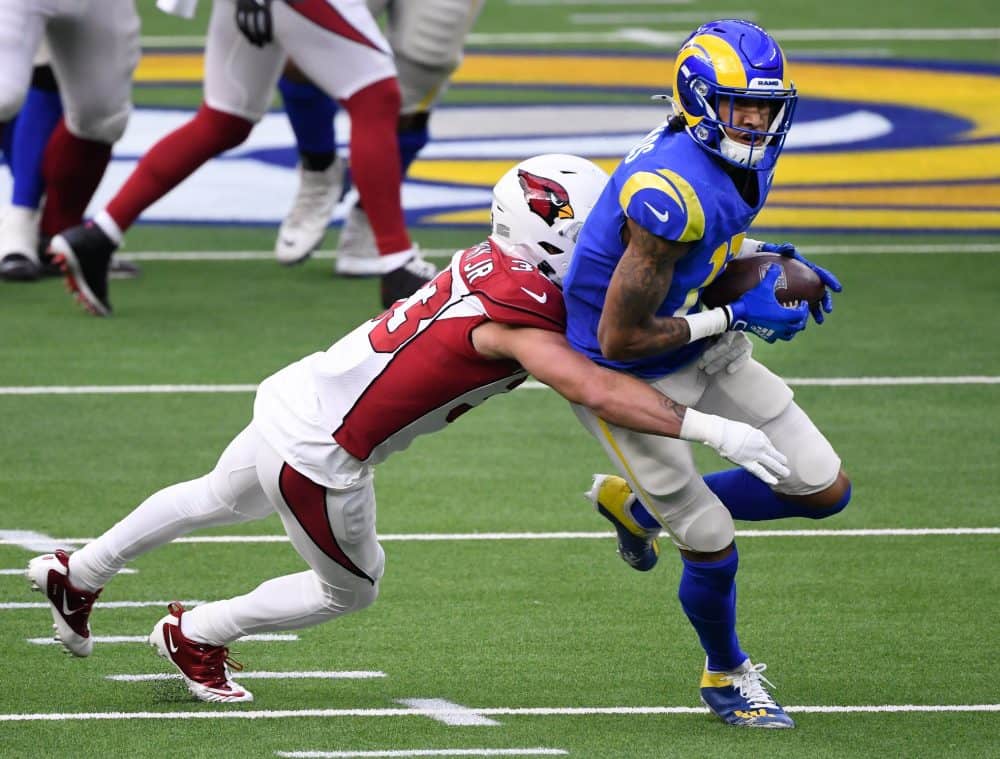 As the somewhat forgotten wide receiver of the Los Angeles Rams, WR Josh Reynolds is in pursuit of a new landing spot in NFL free agency. Where are the most palatable landing spots for Josh Reynolds as he comes off the best season of his career?

If there is any team that needs wide receiver help, it’s the Philadelphia Eagles. They selected WR Jalen Reagor early in the draft last year, but he hasn’t yet lived up to expectations.

Now that QB Jalen Hurts is the starter, they need to give him some targets to succeed. It is likely they select a top pass catcher in the NFL Draft or TE Kyle Pitts if available. Signing Josh Reynolds would make the Eagles one of the best landing spots, as it benefits both sides. He could come in and be an upgrade at the X or slot receiver positions this offseason and would not cost much, given the production he could bring.

This past season, Josh Reynolds had a career-high 52 receptions for 618 yards and 2 touchdowns. Now that A.J. Green is in Arizona and John Ross is in New York, the Bengals could use an upgrade at their No. 3 position. Alongside Tyler Boyd and Tee Higgins, Reynolds could be a possible addition in a reunion with head coach Zac Taylor.

Few teams are as needy for pass catchers as the Baltimore Ravens. Marquise Brown is more of a WR2, and beyond him, they do not have a “proven” asset. Adding Josh Reynolds in free agency could help alleviate some of the pressure on both Brown and Mark Andrews as a focal point. While Reynolds would help their situation, it is far from fixed.

The Detroit Lions need wide receivers, and they need receivers who won’t break the bank. Josh Reynolds is a wide receiver who will not cost a ton, and he is also young (26). Furthermore, he just so happened to play alongside Jared Goff in 2020.

As a result, teams will need to make difficult decisions regarding veterans and how bullish they can be in free agency. The one position that is having a significant impact is the wide receiver position. Just mere hours into free agency, we already see its effects.

Very few large contracts are being handed out, with more and more teams going for smaller one-year deals. There is the possibility that players are choosing shorter-term contracts as “prove-it” type deals as they await the expected TV deal, thus raising the salary cap back up to a new record high.

What is Josh Reynolds’ potential market value in free agency?

While Josh Reynolds is coming off a career-best season, it is not a lot to take to the negotiation table when searching for a new landing spot during free agency.

While he was listed as the WR3 over Van Jefferson, Reynolds was more the fourth or fifth option in Jared Goff’s progression. Due to lack of stats, Josh Reynolds will come as a bargain to a team this offseason looking for WR help. I would expect to see him land a one-year deal worth up to $2 million with incentives.