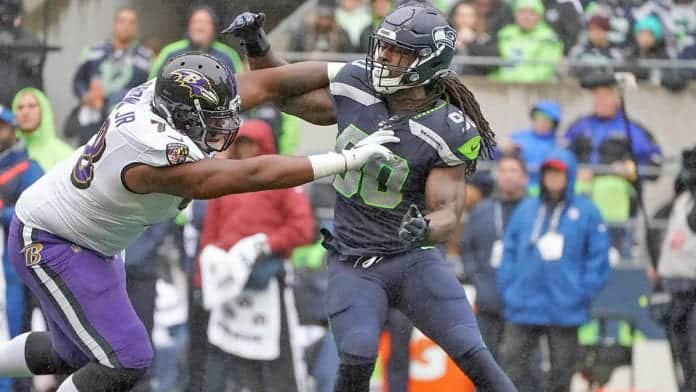 PFN insider Tony Pauline gives us the scoop on free agent Jadeveon Clowney's camp. There are rumors that Clowney has two specific teams in mind for an upcoming deal. Are the feelings mutual?

By Shane G. Tyler
June 29, 2020
What's in this article? Click to show
Jadeveon Clowney showing off his work ethic at Florida training facility
Winning on Sunday appears more critical to Clowney than the length of a future contract
Jadeveon Clowney’s shortlist revealed
Listen to the Clowney segment on the NFL Draft Insiders Podcast

With July upon us, there is still plenty of meat on the bone regarding NFL free agents. At the top of that list stands the freakishly athletic edge rusher Jadeveon Clowney. So, what are the latest rumors regarding Clowney? On June 25th, Pro Football Network Chief Draft Analyst/Insider Tony Pauline revealed on the NFL Draft Insiders Podcast what Clowney’s offseason has looked like to this point, what his contract duration preferences are, as well as his desired landing spots.

Given the unfortunate professional sports climate, front offices have probably been more cautious in using precious cap space on big-money signings. There’s no other way to explain how a player of Clowney’s magnitude remains unsigned a week before the Fourth of July.

Furthermore, meet and greets with free agents have been few and far between the past few months. Physicals have been delayed or, if needed, performed by an elected third party. Is Clowney’s unemployment a direct result of the nation’s current environment, or possibly a question of his current physical state?

Excellent news for those concerned over Clowney’s work ethic. At least pre-signing, he seems motivated. Suffice it to say, Clowney appears healthy and ready to sign — as long as the stars align. So, what parameters meet Clowney’s needs? What would this desired contract look like?

As of right now, Clowney’s camp has been more than willing to share the desired contract length intel with Pauline. “What I’m (Pauline) told right now by people in his camp is that Clowney would be just as happy signing a one-year deal with a playoff-contending team versus, say, signing a three-year deal with a middle-of-the-road franchise.”

To further an earlier statement, Pauline revealed in April rumors from many within the league concerned with Clowney’s work ethic — especially after signing an enormous deal. How would Clowney counter such anxieties? By signing a one-year contract with an urge to play meaningful football games in December and beyond.

Related | Why is Jadeveon Clowney still available in free agency?

Okay, we know Clowney is motivated to play in 2020. We also know he’s out to prove the league wrong regarding his work ethic post-new deal. What we don’t know is where Clowney wants to play.

When asked that very question, Pauline said, “I was told the two teams on top of Clowney’s list, as far as where he would like to end up, are the Dallas Cowboys and New Orleans Saints.”

Unfortunately, this doesn’t mean either team is considering the three-time Pro Bowler at this time. But as Pauline put it after that, both clubs would need to maneuver cap space if, in fact, those teams were interested.

Ahead of the 2020 NFL Draft, it became an increasingly popular rumor that Cowboys owner Jerry Jones wanted to make a splash this offseason. While the draft is where we expected Jones to make his move, Pauline says that Jones could very well be on the verge of doing so with the acquisition of New York Jets safety Jamal Adams, or the signing of Clowney.

In regard to the Saints, NFL Draft Insiders host Andy Herman believes Clowney ends up in New Orleans if it comes down to manipulating the salary cap. Of course, interest from both the Saints and Cowboys is unknown at this time.

Listen to the Clowney segment on the NFL Draft Insiders Podcast

You can listen to the full conversation between Pauline and Herman, which takes place following the discussion around Jamal Adams, in the embedded player below.