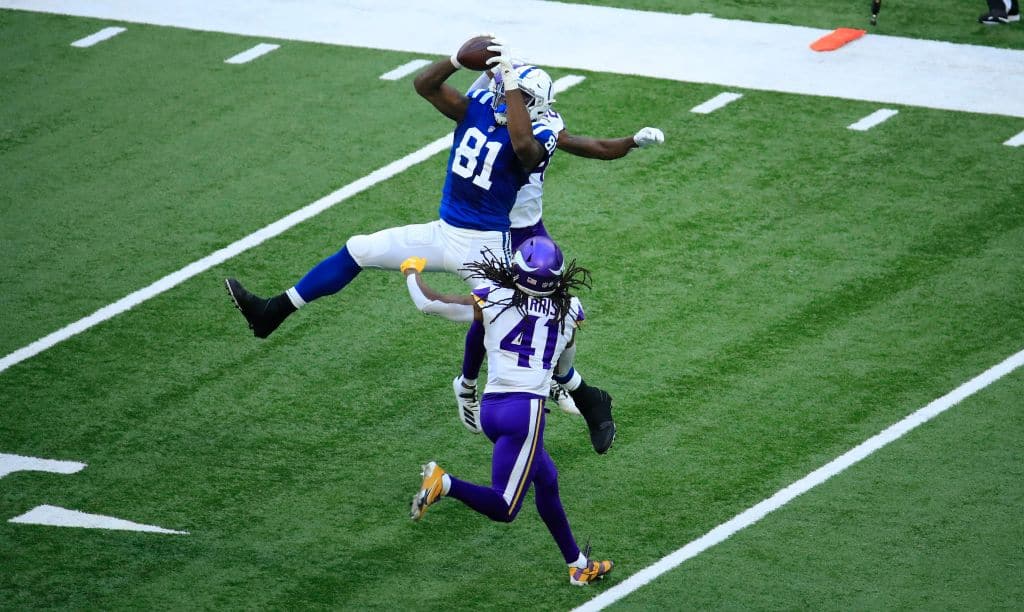 In the NFL, capitalizing on an opportunity is one of the best skills a player can possess. These do not come around very often and can drastically alter the course of a player’s trajectory. Colts tight end Mo Alie-Cox did precisely this in Week 2 when called upon. Will that lead to Alie-Cox seeing an expanded role in Week 3 and become a relevant weekly fantasy football player?

Dynasty fantasy football players have been saying for years that Mo Alie-Cox, if given a shot, could be a contributor for fantasy. On Sunday, we saw those claims come to fruition. With Jack Doyle and Trey Burton on the sidelines, Alie-Cox hauled in five of his six targets for 111 yards, including a catch of 33 yards. The former basketball player showed off his athleticism against a Minnesota Vikings defense, a traditionally tough matchup for opposing tight ends.

Week 2 was the first time since Week 10 of 2018 that Alie-Cox saw four or more targets in a game. Another factor that led to his usage was the early loss of Parris Campbell, who has been placed on IR due to a knee injury.

There is no denying that Doyle’s absence was the most significant factor for Alie-Cox’s fantastic fantasy week. According to Zak Keefer of The Athletic and WTHR, Doyle, who was a full participant for Friday’s practice, will be questionable for their game on Sunday against the New York Jets.

Head coach Frank Reich seems to be confident in Doyle’s availability for Week 3, stating that he is “ready to roll” for Sunday despite the veteran’s injury designation.

The PFN Offensive Value Metric (OVM) measures how much of a player’s statistical production they were actually responsible for. For example, a wide receiver that doesn’t drop passes and breaks many tackles will have a higher grade than one who did the opposite.

A higher graded player was more responsible for their own production than a player with a lower one. These facts make the OVM useful for gauging an individual player’s actual effectiveness in a game, separate from their teammates’ performances.

This back’s up everything we saw on film. When either blocking or receiving, Alie-Cox did virtually everything that was asked of him at a high-level and showed he deserved more playing time.

Should Mo Alie-Cox be considered a starter in fantasy moving forward?

Unfortunately, not at this point. As long Doyle is healthy, he will remain the primary target for Rivers in the passing game. In PPR leagues, where volume is critical, Doyle has the best shot to six or more targets each game. The issue will be if Alie-Cox does start to see more targets, both of their ceiling take a hit.

Facing off against a Jets defense that has allowed 10 catches for 81 yards and two touchdowns on just 12 targets to opposing tight ends, this would generally be a great situation to start either player if we knew they would see the bulk of targets.

If Doyle somehow misses this game, I would have Moe Alie-Cox as a borderline TE1 this week. If Doyle suits up, he is a mid-tier TE2 while Alie-Cox becomes a touchdown-dependent dart throw in deeper leagues. I will likely avoid this situation if things stay the way they currently are for fantasy this week.