Are the Indianapolis Colts the AFC underdog contenders of 2020? 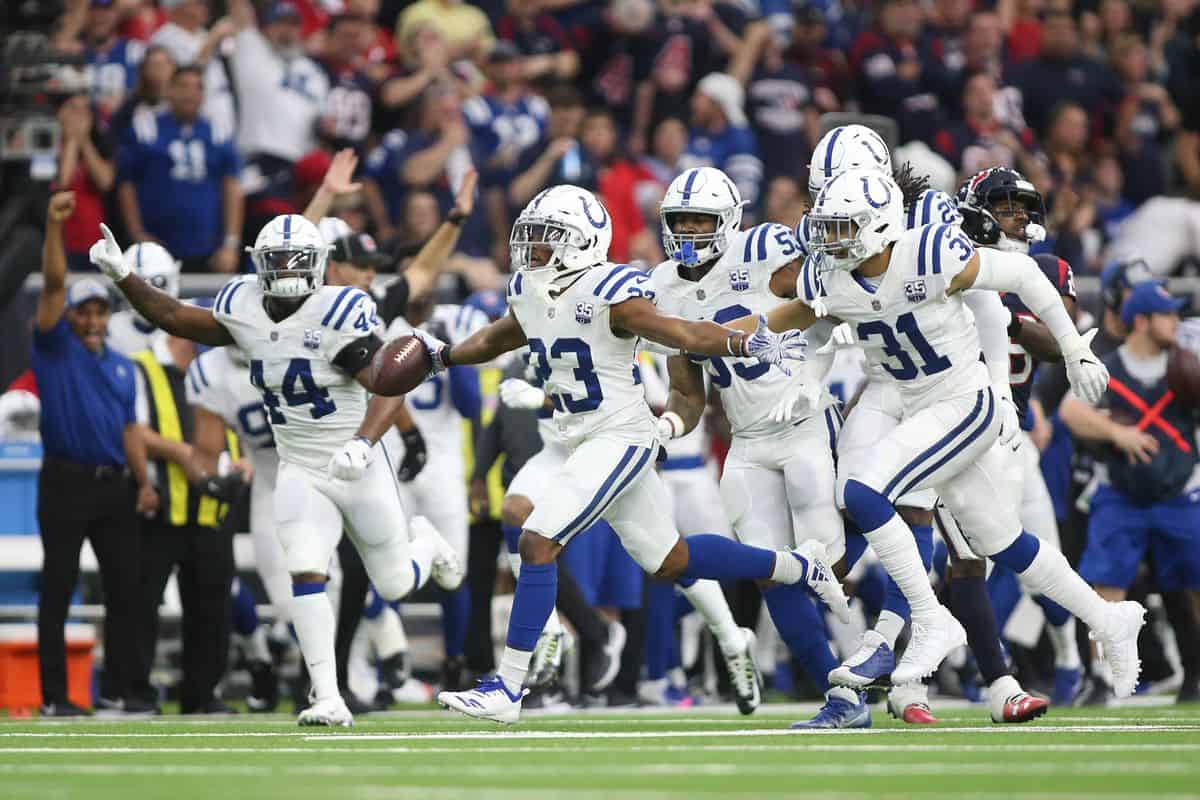 Indianapolis Colts head coach Frank Reich knows a thing or two about winning. In his second year with the Philadelphia Eagles, the former offensive coordinator helped both Carson Wentz and Nick Foles achieve greatness on pace to a Lombardi Trophy. Finally getting the chance to call the shots after being named the Colts head coach in 2018, Reich ended the Colts’ playoff drought and pulled a Wild Card weekend upset over the Houston Texans in his first season at the helm.

Give credit where credit is due — amid a shocking retirement from Andrew Luck, Reich and the offense saw only a slight decline. Jacoby Brissett was thrown into a starting role and would show his underachieving upside by going 7-8. The offensive line that allowed a league-low 18 sacks in 2018 regressed, allowing 32 quarterback takedowns a year later. Surely, none of this would have been possible without the mastermind of a coach like Reich. But as we all know, the NFL only remembers what you’ve done for them lately.

Expect the 2020 Colts to be a contender in the AFC

Unlike other teams who have had to cut ties with talent this offseason, the Colts were able to add key players to their team. With additions on the defensive line, under center, and to the supporting cast, the Colts cashed in on a productive offseason. The 58-year-old Reich has played the underdog role before. Let the NFL keep sleeping on the Colts as the season approaches.

When Reich was hired to take over for Chuck Pagano, the Colts were entering a rebuilding phase. One part of the foundation that wasn’t expected to depart was Luck’s presence under center. Colts General Manager Chriss Ballard assumed that the Eagles offensive coordinator would be working with the former No. 1 overall pick for the long-haul.

Luck’s lone season in Reich’s offense was one of his best. He’d finish throwing for 4,593 yards, 39 touchdowns, and a career-high 98.7 QBR rating. With protection, the 30-year-old quarterback seemed ready to regain the confidence that made him a face of the league early on in his career.

This is perhaps why his shocking retirement – less than two weeks before the start of the regular season – surprised everyone. Even players reacting to the news spread across the Twitterverse.

“First, I was very shocked. I found out on the sideline, so at first emotions were high. For me, selfishly — because I was upset at first, that’s just me being selfish — but after I’d thought about it and knowing all that Andrew’s done and knowing what kind of guy he is, I think it was a great decision,” Colts linebacker Darius Leonard said, via Colts.com’s Jake Arthur. “I respect his decision, and I’m definitely looking forward to the season.“

It was too late for Ballard to trade for a new franchise quarterback, and Brissett spent a season learning the offense. One year later, it was clear the team would be looking towards the open market. Who’s to say if this is the answer, but in a “win-now” moment, perhaps Rivers was always the right choice to become the third legitimate starter in Lucas Oil this century.

Absolute DIME from Philip Rivers. Look at when he throws this pass pic.twitter.com/GzRqINmTMJ

What can Rivers do with Reich?

Reich’s background with Rivers has always been pleasant. Working as the quarterback coach before becoming OC with the then-San Diego Chargers, the now-38-year-old gunslinger grabbed some of his best seasons with Reich working in his ear.

In three seasons with Reich, Rivers threw for at least 4,200 yards, 29 touchdowns, and a rating of 93.8. Reich’s offense struggled to establish a run in the final season, but Rivers threw for near 4,800 yards — second-most of his career.

Rivers regressed after a 2018 MVP campaign, throwing for 20 interceptions against 23 touchdowns. Part of the downfall could be due to his offensive line that allowed 34 sacks. The Colts unit slightly diminished, but the young core of Ryan Kelly, Braden Smith, and All-Pro Quenton Nelson, along with stout veteran Anthony Castonzo, should be an upgrade.

Unreal block & mental processing from Quenton Nelson to read this LB blitz and work back across the formation to pick it up. pic.twitter.com/3PeQIZV1jh

While most quarterbacks will be learning a new system, Rivers already understands the one in place under Reich. The transition to a more balanced offense should take the pressure off the vet to throw for 35-plus times a game.

And on a one-year $25 million deal, there’s almost no harm done to the organization’s future. Either Rivers will sink or swim, leading to a deep playoff push or a chance to draft the future early with a rising quarterback prospect.

Matt Eberflaus’ unit might be the most slept on in the league. Not only have his players finished as a top-half unit in back to back seasons, but the run defense has been their bread and butter with top-10 rankings. Ballard wanting to build off his strengths only made the front-seven more dangerous this offseason.

Trading the 13th overall pick to the San Fransisco 49ers for standout defender DeForest Bucker, the Colts immediately were a winner of the winter. While some believe in always looking to add younger talent via the draft, Buckner is just entering his prime.

Indianapolis rewarded Buckner’s hot start with a four-year, $84 million contract this offseason to mix in their defensive line. Much like during his time out west, it will be his job to open lanes and allow the second line of defense to thrive. But while still young, the role players in the defense might be one of the more up and coming stars of the league.

Besides Leonard, who can make an impact on defense?

Leonard is already an All-Pro linebacker two years into his young career. Justin Houston is still a dangerous pass rusher who tallied 11 sacks and 18 quarterback hits his first season with the franchise. Expectations are high for second-year linebacker Bobby Okereke who tallied 58 tackles, two forced fumbles, and two pass breakups as the third-linebacker. Veteran Anthony Walker has also been a leader as the team’s primary MIKE backer.

Kenny Moore (#23) showing how to bait a quarterback in zone coverage. Rolls with Gabbert out of the pocket while still watching his eyes. The second Gabbert begins his throwing motion Moore stops and jumps back into the throwing lane. Huge play to win the game by @KennyKennyMoe3 pic.twitter.com/fr7lbxUZyS

In the secondary, Kenny Moore is arguably the most undervalued defender in the league. A prime slot corner with the ability to win in open-field tackling and coverage, the undrafted gem has tallied 138 tackles and five interceptions in two seasons. Malik Hooker, whose only downside is his inability to remain healthy, still averaged three pass breakups and two interceptions in three seasons.

Will the Colts be able to rely on their rookies to find success?

Not only will Rivers have a sound offensive line and a go-to weapon in T.Y. Hilton, but the Colts also added two more pieces to solidify their offense. Ballard drafted USC’s Michael Pittman Jr. and Wisconsin’s Jonathan Taylor in the second round as extra pieces to a quality offense. Should both hit, expect them to finish in the top 10 of every category.

A perfect “X” receiver for Reich’s offense, Pittman Jr.’s big-bodied frame should allow him to win in man matchups against average-sized corners. At 6’4″, don’t expect him to drop at contact either. After hauling in 101 passes for 1,275 yards and 11 touchdowns in his final season with USC, his pro-ready skills should translate to a reliable No. 2 weapon early.

The Colts could rely more on the run game now with Taylor in their backfield. It’s not often a 6,000-yard career rusher is available on day 2 to a team with an established run game. While there are questions on Taylor’s longevity, durability is not a concern.

“When Bill Polian was here, he used to always say, ‘The great backs, they get tackled. They don’t get hit.’ And I think that’s the case with him,” Colts director of pro personnel Kevin Rogers said. “You very rarely see him take a hit just because he’s so nifty. He can avoid contact as he’s going down.”

Taylor will provide another leg in the run game, but his pass-catching skills might be only expanding. In his final season with the Badgers, he set a career-best 26 receptions for 252 yards and five touchdowns. Pairing a more balanced player with a 1,000-yard rusher in Marlon Mack and quality third-down pass catcher Nyhiem Hines might hurt falsity production, but offers plenty to a well-rounded Colts’ offense.

With pick No. 34 overall in the 2020 NFL Draft, the #Colts have selected USC wide receiver Michael Pittman Jr.

He's got size, very reliable hands, adequate speed, can run after the catch, and wins in contested catch situations. This is a very good pickup here. pic.twitter.com/n6WThEc9Ts

Taylor and Pittman Jr.’s presence also takes the pressure off of the young and unproven Parris Campbell and Zach Pascal. The former second-rounder missed nine games last season while Pascal is looking to build off his five-touchdown sophomore season. Pittman forced defenders to leave the middle unguarded, thus opening plays in the slot. The same goes for Taylor as a defender will need to keep an eye in the backfield.

Keep sleeping on the Indianapolis Colts

Ultimately, everything comes down to the quarterback. Rivers’ down year could be a sign of declining play or just blunder year on a Hall of Fame resume. The AFC South is winnable once again as each team will have a hole on their roster. Houston will be playing without a true No.1 target for Deshaun Watson, Tennessee could regress after overworking Derrick Henry and Jacksonville is looking like a tank job.

Nine wins might be enough to claim a postseason spot, but the Colts also can hang with the top names if Rivers is the real deal, especially with a young core that still has yet to reach their full potential and could only improve this season.

Add in their 16th-ranked strength of schedule and Indianapolis could be vying for more than just a spot in January’s playoffs.

Last season, the Colts saw their playoff chances dwindled before the season began. In return, it lit a fire under Ballard to make sure his staff wouldn’t miss another. And if all things hit, don’t be too shocked when late in the season, Baltimore and Kansas City are playing catch up to the AFC South squad.

For now, keep sleeping on the Colts — they’ll wake up the league soon enough on their success. 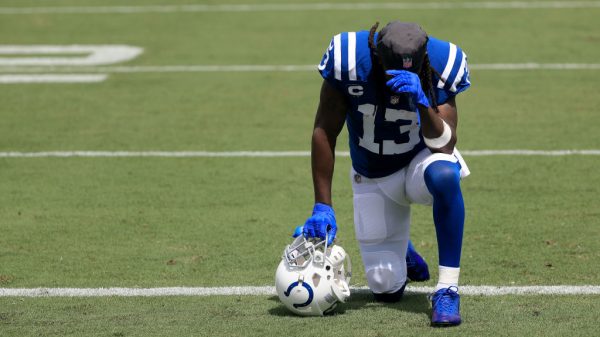 TY Hilton's fantasy outlook has been tough for fantasy football managers, but can he turn it around after the bye or should you move... 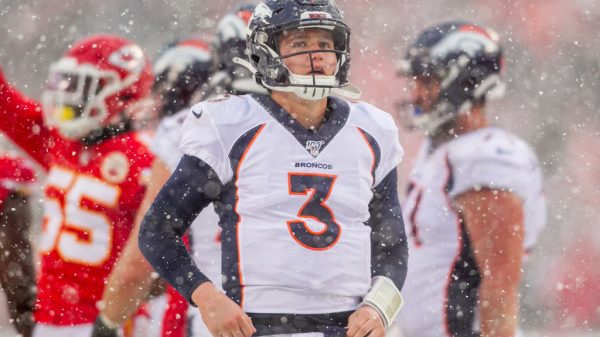 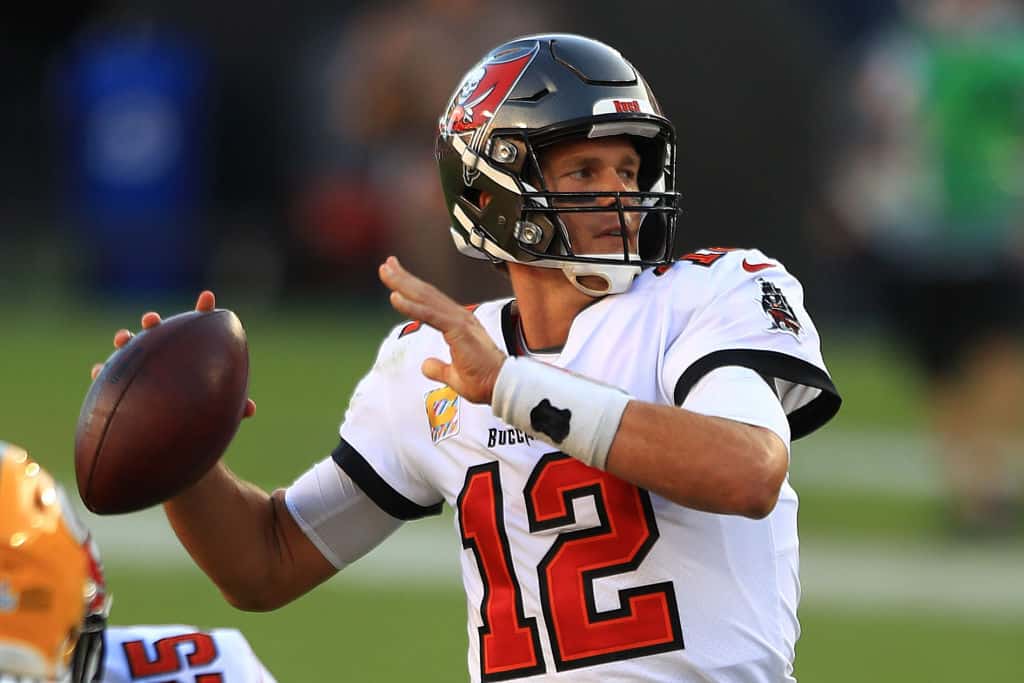 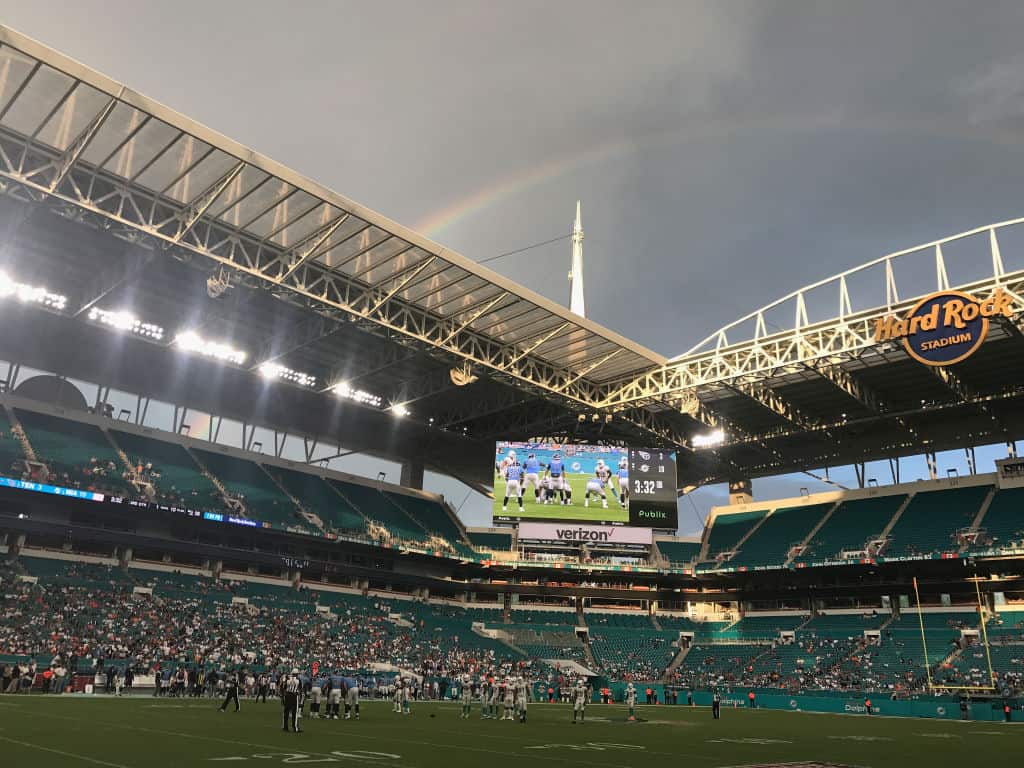