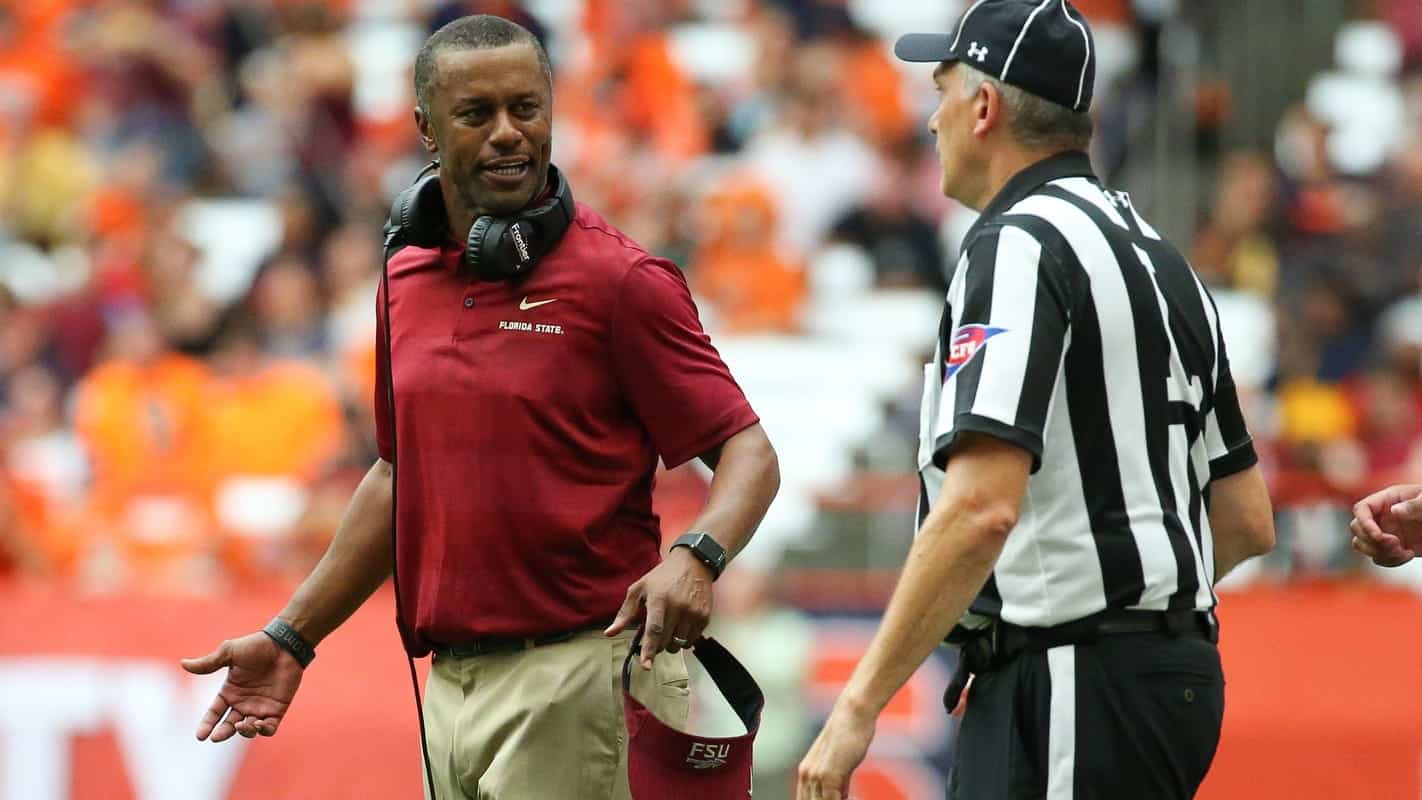 A prominent head coaching position in the ACC has opened up.

“I can’t imagine Willie Taggart keeping his Florida State job past Monday, and I wouldn’t be surprised if the decision to release him is announced tomorrow [Sunday].  I never would’ve imagined it could turn out this poorly for Taggart,” wrote Pauline.

And sure enough, it happened.

Brett McMurphy of Stadium Network has reported Florida State has fires Taggart and named Odell Haggins, in his 26th season with the school, as interim head coach.

Things have not panned out in Tallahassee for the head football coach after a strong run at South Florida. In his first season with the Seminoles, Taggart struggled throughout the year and faded at the end of the year, losing four of his final games to finish 5-7 and Florida State missed their first bowl game since 1981, ending a 36-year bowl streak.

Now in his second season, Taggart is 4-5 and looks to be on his way out after replacing Jimbo Fisher. Florida State still has trips to Boston College and Florida left to take and they are in danger of missing their second straight bowl game. Florida State has not missed consecutive bowl game appearances since missing five straight from 1972-1976.

Put another way, 1976 was the first season for Bobby Bowden, meaning he never missed two straight bowls in his entire run as head coach from 1976-2009.

If Taggart is fired, Florida State would owe him a $17 million buyout if they let him go this season, so the question becomes are they ready to eat that money and cut their losses? Time will tell, but we may be getting our answer sooner rather than later.

In this article:Featured, featured, Willie Taggart