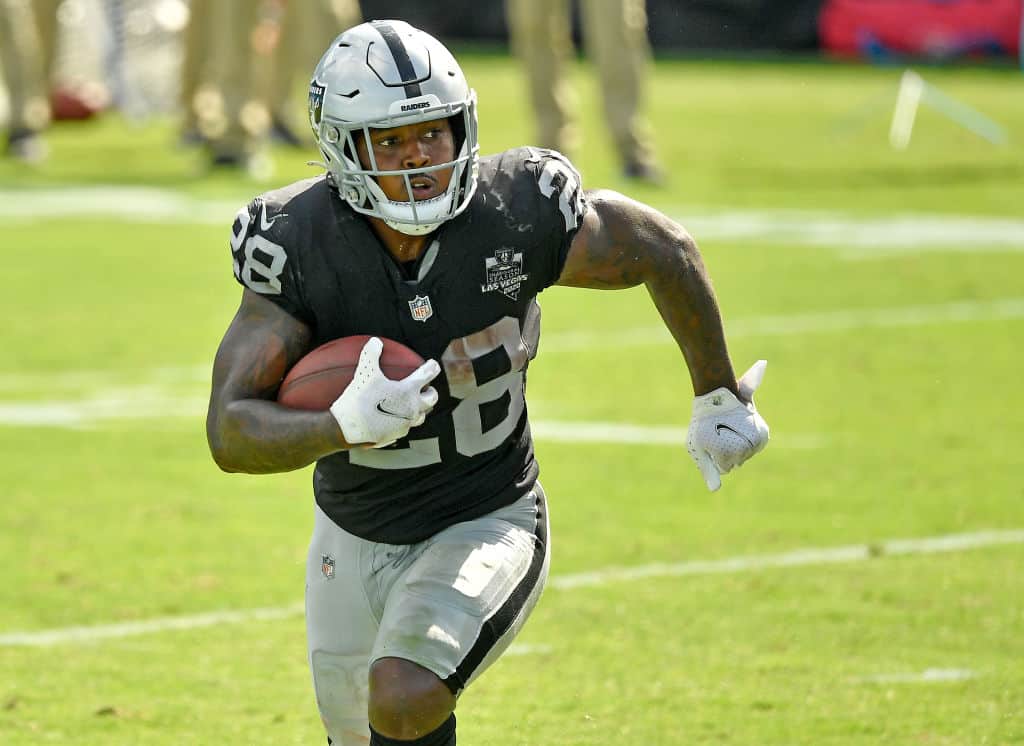 Week in and week out, fantasy managers are inundated with rankings, lists, metrics, and data, all in an attempt to help you set your lineups. While they all have value, something that is often ignored is what Vegas thinks will happen in a given game. From a betting standpoint, there are often things we can glean to use in our fantasy matchups. With that being said, here are my fantasy football predictions for Week 2!

Well, last week wasn’t exactly what you would consider a great start. All three of my predictions for Week 1 fell through. Will Fuller scored 19.2 PPR points, well short of the 26 I had predicted. Devin Singletary scored 10.3, just over the 10 I predicted he would miss, and Godwin scored 13.9, which fell short of the 18 I projected.

A lot of this can be attributed to a wonky off-season and a wild Week 1, so I’m not letting it phase me too much. It still hurts a little though, not gonna lie. Oh well, on to my fantasy football predictions for Week 2.

PREDICTION: Gardner Minshew is the only Jaguars offensive player to score over 10 PPR fantasy points

One of the lowest over/under bets this week from Vegas is on the Jaguars-Titans interdivisional matchup. Both teams are coming off of victories in Week 1, but the Titans definitely look like the better team. Add to that the fact that the Titans defense should be able to beat Jacksonville in all facets of the game, and I’ll be shocked if it’s even this close.

Related | Is Gardner Minshew the franchise quarterback for the Jaguars?

Due to their propensity to run, Tennessee could end up holding the ball for 40 minutes or more, giving the Jaguars fewer chances than usual to get to the end zone. Now that they’ve handed the running back reigns to UDFA James Robinson, it’s not hard to imagine Jacksonville struggling to move the ball anyway. They beat the Indianapolis Colts in Week 1, but that was definitely more of a fluke than the start of a new pattern, especially with RB Marlon Mack going down with a season-ending injury.

With all that said, the first of my fantasy football predictions for Week 2 is that the Jaguars indeed struggle early and often, with Minshew either throwing or rushing for the only offensive touchdown that the Jaguars score in the game, making every player on the team, including him, not worth starting at all this week. To get to 16 points could even be a struggle for this team, so unless you have no one else, I would avoid starting any Jags players this week.

We go from one of the lowest to the highest over/under bets with the Falcons-Cowboys game. Zeke was fed the ball plenty last week, finishing with 27.7 PPR fantasy points, and I expect the Cowboys to do the same here. If it ain’t broke, don’t fix it, right? Sure, they have options in the WR group, but why risk it when you can just keep handing the ball to your franchise running back 30 times a game?

Related | Takeaways from Cowboys loss to the Rams in Week 1

On the other side of the ball, the Falcons showed that they can score at will as well, but their defense might be exploitable. Who better to exploit it than Zeke? I am expecting a big day from pretty much all of the Cowboys here, including Zeke. I’m predicting that Elliott goes off again, this time scoring over 30 fantasy points in PPR scoring and dominating lineups all across fantasy football.

Last week, the lone bright spot for the Las Vegas Raiders was their running game, specifically the “breakout” of their sophomore running back, Josh Jacobs. While Jacobs has broken out before, this time he caught a career-high four receptions, which I believe is a sign of things to come. If this offense is going to move the ball, it’s going to be through Jacobs, which makes him worthy as the third of my fantasy football predictions for Week 2.

Related | Josh Jacobs is a perfect RB1 for 2020 fantasy football

While Jacobs scored three rushing touchdowns in their victory over the Carolina Panthers, the passing game was nowhere to be seen. Derek Carr looked unimpressive, and rookie wide receivers Henry Ruggs and Bryan Edwards both got dinged up in the game as they worked to knock their own rust off. They’re still learning though, and in time they’ll be more productive. The offense as a whole should get better eventually too, but not this week.

Against the New Orleans Saints in Week 2, I expect the Raiders to lean on Jacobs again. Due to the lower implied final score, however, he’ll only get about half of the 35.9 PPR fantasy points he received last week. The third of my fantasy football predictions for Week 2 is that Jacobs finishes with at least 18 PPR fantasy points in a losing effort.