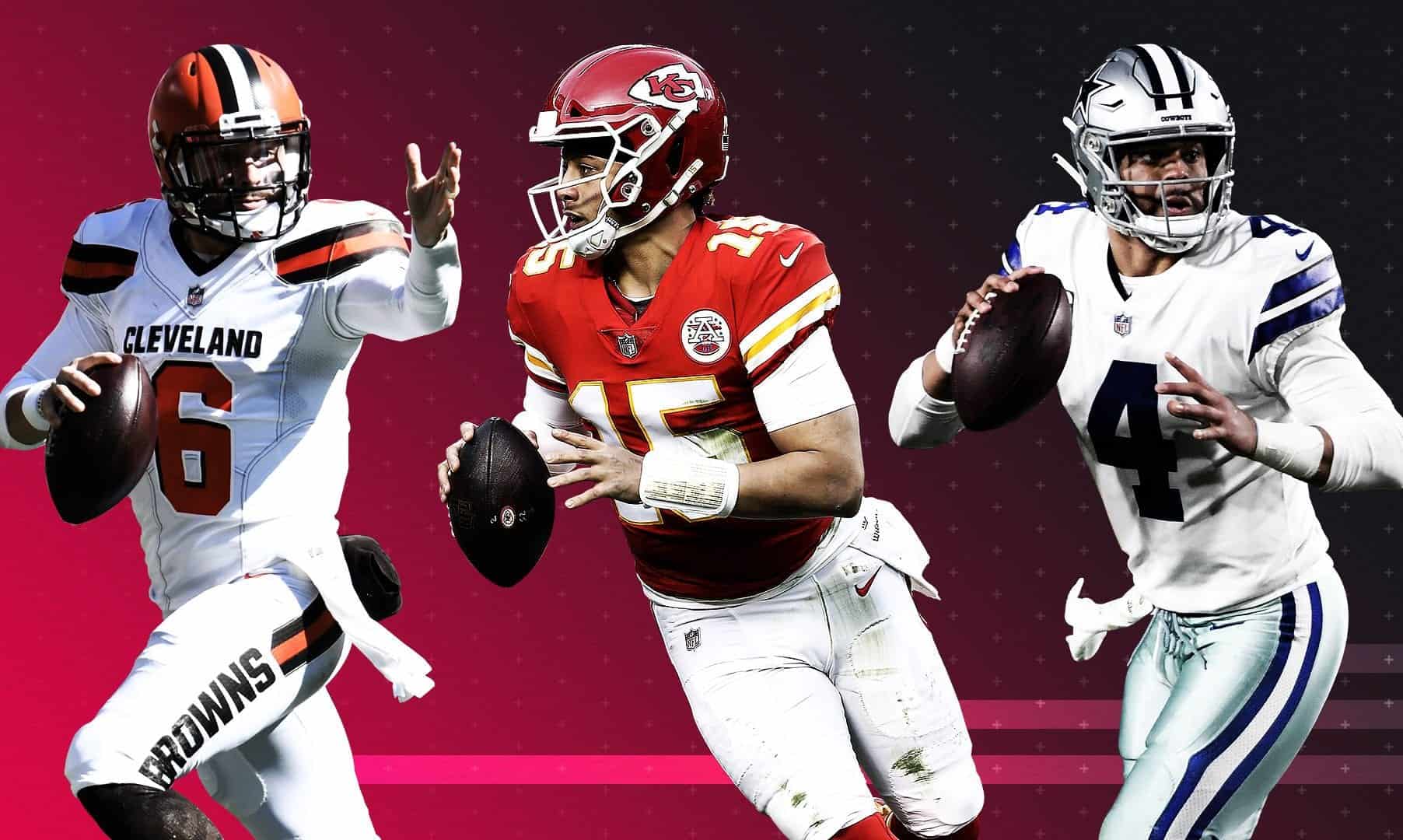 By Andrew Hall
November 11, 2020
What's in this article? Click to show
Week 10 Superflex and 1QB Dynasty Fantasy Rankings | Risers
Superflex Dynasty Rankings | Fallers
Dynasty Superflex 1QB PPR Rankings for Week 10
Want more fantasy football analysis and news?
Weekly Superflex dynasty rankings are a tricky thing to tie down largely because the game of dynasty fantasy football is more of a long one than a short one. For me, when I’m doing my own Superflex, 1QB, and PPR dynasty fantasy rankings, I look at the long term, but you can’t ignore the short term. Injured players will not score as many points as healthy ones, and in the end, this is all a game of points in your lineup on a weekly basis. Having long-term value is good, but if you lose each week, it’s pointless. With that in mind, here are some of the guys whose spots changed from my Week 9 Superflex and 1QB dynasty rankings based on where they were last week.

Deshaun Watson is continuing to dominate without former Houston Texans HC Bill O’Brien, and all signs point to him being able to continue well into the future. He’s making his teammates look great. The same can also be said about Cincinnati Bengals QB Joe Burrow as well.

While Burrow was on a bye this week, he still went up a spot for me in my Superflex dynasty rankings because of just how well he’s performed this season overall. Even with Justin Herbert and Tua Tagovailoa both coming into their own, Burrow has still looked like the best rookie of the class thus far.

Antonio Gibson and David Montgomery are both playing well on teams that desperately need them to perform. Gibson is starting to find his groove in the passing game, and Montgomery is finally starting to match his talent to his opportunity, both of which warrant positive adjustments in my PPR dynasty Superflex rankings this week.

Tyreek Hill is just a freak of nature on the field. He’s easily been the best WR that no one talks about, quietly putting together a record-breaking season on a record-breaking offense. He’s just a stud week in and week out, no doubt about it.

Terry McLaurin, on the other hand, isn’t getting talked about as much because his team is struggling in multiple ways, the latest being another change at the QB position with the injury to Kyle Allen. McLaurin should get even more looks and learn how to be a true WR1 with Alex Smith, upping him on my Superflex dynasty rankings.

The two TE risers this week were small changes, and more likely due to their offenses missing pieces and having to rely on their play a little more. T.J. Hockenson lost teammate Kenny Golladay but seems to be doing well with the extra opportunity thus far. Evan Engram is finally starting to find end zone targets from QB Daniel Jones, and at this point, that’s all it takes to rise up the 1QB dynasty rankings at TE.

Kyler Murray was a beast this week, so seeing him as a faller is definitely odd. In reality, I just moved him behind Watson, but it’s still very close. Aaron Rodgers played well himself, but I moved Burrow ahead due to his youth and his own stellar performance as a rookie through nine weeks. Both are relatively small changes in their Superflex dynasty rankings.

Melvin Gordon and Todd Gurley are looking more and more like the aging running backs that they are. It looks as if their teams are moving on as well, with both just being ignored in their team’s gameplans. Try to trade both away before their value absolutely craters in the coming months.

Chris Godwin takes a slight hit in my Superflex dynasty rankings with the addition of Antonio Brown, who definitely appears to be getting attention from Tom Brady, evidenced in his first game. This means Godwin could see fewer targets, which makes me nervous.

D.J. Moore, on the other hand, takes a major hit, just because it’s hard to recommend starting or trading for him until we really see his talent come back. It looks as if the Carolina Panthers are more interested in putting their offense in the hands of CMC and Robby Anderson, which was not expected at the start of the season.

Darren Waller and Hunter Henry both fell slightly, but neither are players you should be worried about. In general, the tight end position is a tough one to really nail down in dynasty, so minor changes like this are expected throughout the season in PPR dynasty rankings.

If you need to search for players or teams, you can do so using our filters below. Don’t forget to reset them to clear your board and start from the beginning. As injury news comes in, we will be updating our rankings to make sure you are covered. Please note: On mobile devices, these rankings are best viewed in landscape mode.