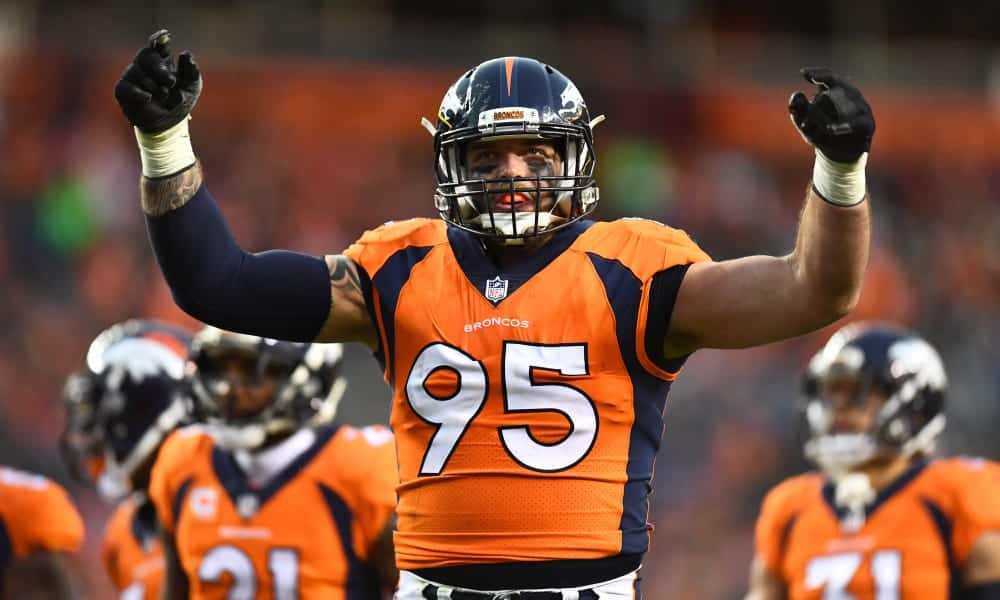 The NFL free agency period doesn’t kick off until next Wednesday but news is already circulating on Denver Broncos defensive end Derek Wolfe. Per Pro Football Network’s Insider Ben Allbright, the eight-year veteran may be on his way out of the Mile High city. While Wolfe has expressed interest in returning to Denver, the market is likely to go above what Denver is willing to pay. In fact, Allbright is told that Wolfe expects $9.5 million per year to be his salary floor.

Coming off a career-high in sacks in 2019 with nine, Wolfe, 30, stated in January he’d like to retire in Denver. However, with roughly $50 million in cap space heading into the free agency period and 15 unrestricted free agents, the market may ultimately price the Broncos out of the running.

At the same time, general manager John Elway has other obligations as he works to build Denver around second-year quarterback Drew Lock.

Wolfe expects to join a crowded list of defensive lineman on the open market. Chris Jones and Jadeveon Clowney headline the group with players like Shaq Barrett, a former five-year veteran in Denver, and Yannick Ngakue expected to cash in, too.

While the official date for free agency to begin isn’t until 4 PM ET on March 18th, the legal tampering period begins at Noon on March 16th. This is the time in which player agents are officially allowed to begin discussing new deals with NFL front offices.

Wolfe, who played collegiately at the University of Cincinnati and hails from Lisbon, OH, will have his options for 2020 and beyond. Allbright reports that four teams have already shown interest – the Cincinnati Bengals, New England Patriots, Arizona Cardinals, and Baltimore Ravens.

Follow Allbright and the Pro Football Network as more news comes out surrounding Wolfe and other top available free agents over the course of the next week.