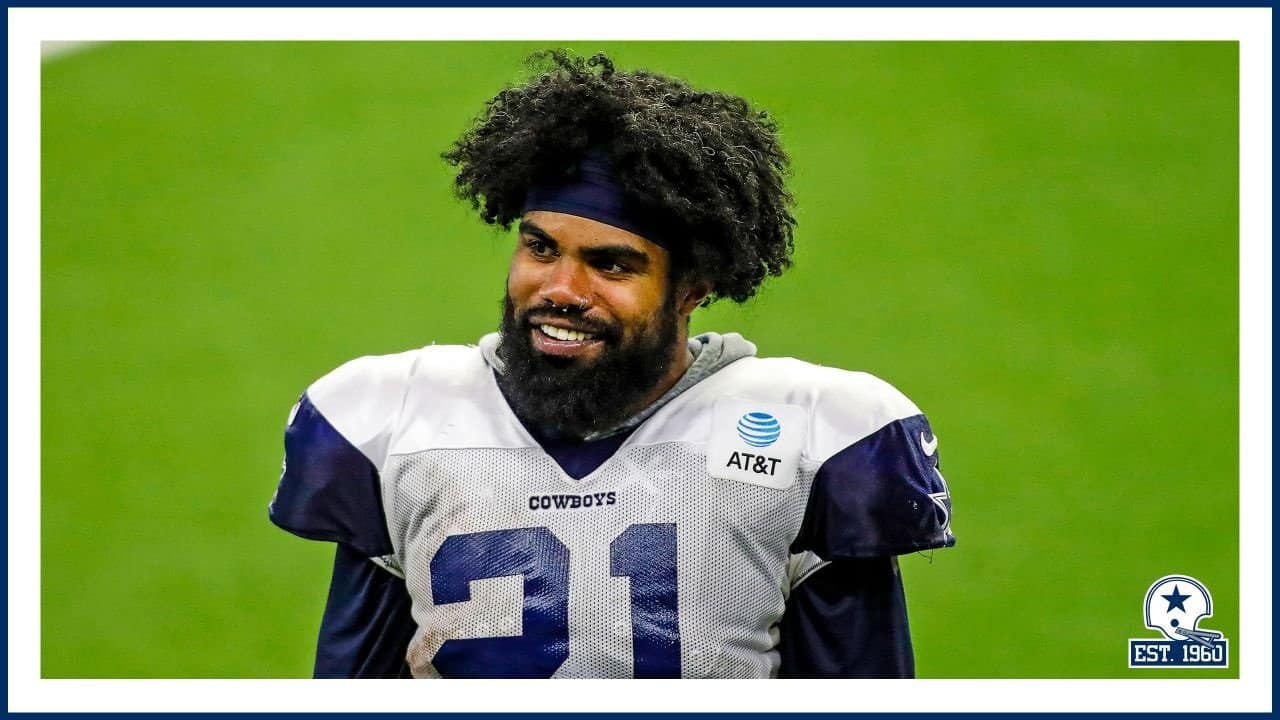 Photo Credit: Cowboys.com
What's in this article? Click to show
The Cowboys need to stop the Rams passing attack
Dallas needs to establish the run game
All eyes on Leighton Vander Esch

Football is back. The first NFL Sunday is just around the corner, and its time to look ahead to the Cowboys game. The first matchup of the season is not an easy one as the Cowboys take on the Los Angeles Rams. Dallas has split the last two games against the Rams and leads their series matchup by one. Here are a few keys to the game for the Dallas Cowboys in Week 1.

The Cowboys need to stop the Rams passing attack

Easier said than done, but simply put, this has to be the biggest task for the Cowboys on Sunday. With weapons all over the field and Sean McVay masterminding the offense, they are a force to be reckoned with. Both Robert Woods and Cooper Kupp went over 1,000 yards receiving last year, and this year, they will once again be threats on the outside.

For the Cowboys, not much is a sure thing in the secondary. Trevon Diggs is young, Darian Thompson is a question mark, and Chidobe Awuzie is coming off of a year in which he struggled. This will be a tall task for the first game of the NFL season.

On the bright side, Todd Gurley is not the one getting the carries anymore. The Rams will field the combination of Malcolm Brown, Darrell Henderson, and Cam Akers. If the Cowboys can slow down the passing game and force the RBs to have to make plays, it could bode well on Sunday.

The Cowboys run defense ranked 10th in the NFL last year, and they should be able to control whatever the Rams throw at them on the ground. Making any offense one dimensional is ideal for a defense that may have some missing pieces.

It was Elliot’s fourth-best output of the season in 2019 and Pollard’s best output of his short career. At that time, Dak Prescott didn’t even have all the weapons he has now. It has been discussed all offseason how the Cowboys offense has the potential to be terrifyingly good this season, but they would do well to establish the run against the Rams.

The benefits of establishing the run are two-fold. Clearly, that was the primary weapon they used to defeat the Rams in their last meeting, but additionally, they keep the ball out of the hands of the Rams passing attack. As previously discussed, the Rams offense is potent. Running the ball takes time off the clock, puts points on the board, and keeps the ball far away from the hands of McVay, Jared Goff, and company.

It’s a no brainer, but will Mike McCarthy elect to focus on the passing game with all the shiny new weapons at his disposal?

All eyes on Leighton Vander Esch

Vander Esch will be crucial to the success of the Cowboys defense on Sunday. He will be trying to further understand his role as MIKE linebacker in Mike Nolan’s new defense. Both Vander Esch and Jaylen Brown had down years in 2019, but if they are able to bounce back, they could help the rest of the defense stay on track.

Related | Cowboys Offense: Helping Cam Erving is key to a good start in Week 1 of 2020

Even with all the moving parts in the secondary, if the captain of the defense is able to keep his cool, the Cowboys have a chance to be successful. The Dallas Cowboys keys to the game start and end on the defensive side of the ball.