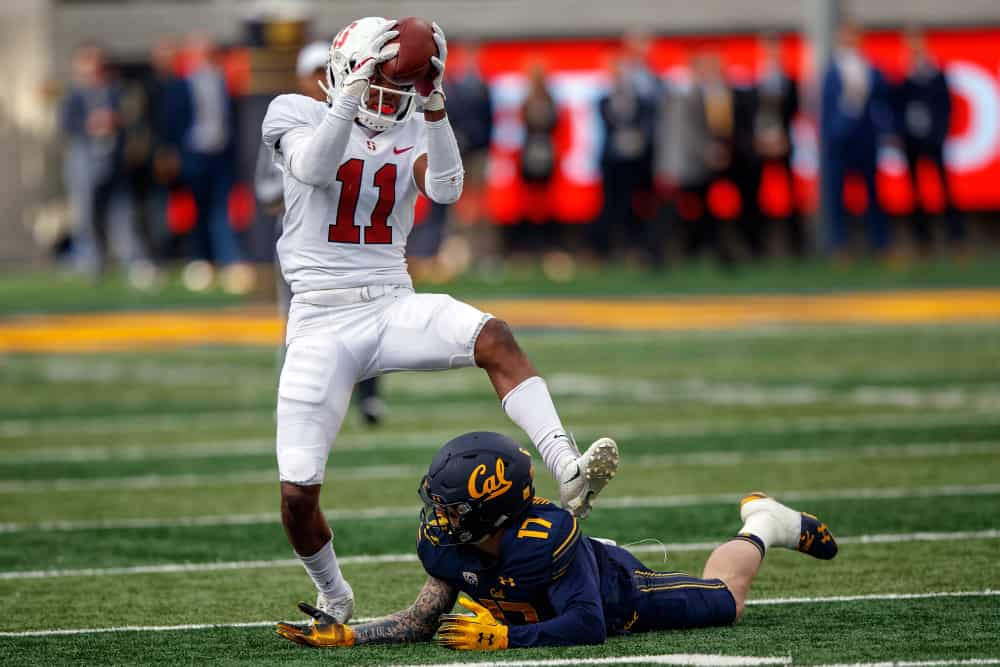 Mock drafts can be a migraine-inducing practice as a writer. Especially annoying are the times when you forget a high-level prospect and have to scramble to fix three-quarters of the picks. The cherry on top is when a blockbuster trade occurs the same day involving one of the best safeties in the league. Trust me, the frustration can become debilitating. However, finding out you get to review the picks from said Dallas Cowboys 2021 NFL mock draft and suddenly, a smile cracks through the stress. It’s time to roast… myself.

First, Cowboys Nation should be ecstatic that they’re picking all the way down at 28th overall. If that’s the case, it means they put together quite the year in a shortened offseason under an almost entirely new coaching staff. For as talented as this offense may seem, schematic turnover should temper expectations. All things considered, Mike McCarthy and company would deserve some recognition for a job well done, if this were the case.

Here is what I had to say about Adebo in my original 2-round mock draft.

“Assuming (and hoping) Paulson Adebo has a bounce-back 2021 season after struggling a bit in 2020, this would make sense for a Cowboys team emphasizing turning the ball over after underwhelming in that area for years. Adebo is a solid athlete who plays well coming forward in click and close situations and isn’t afraid to play physical, which defensive backs coach Al Harris should enjoy.”

Was the Cowboys process with this pick good, or did they reach for need?

Well, a top-five talent went the pick after, but it was at off-ball linebacker, which is not a position the Cowboys should even acknowledge, unless for depth help on day three. Unfortunately, the versatile safety duo of Florida State’s Hamsah Nasirildeen and Texas’ Caden Sterns went a few picks prior. Those two players are further along than Adebo, who had a down year in 2019 after breaking out in a big way in 2018.

It’s all about the secondary in Dallas

Overall, the process here was fine. In the scenario presented, there is a pressing need at cornerback with starter Chidobe Awuzie and slot cornerback Jourdan Lewis both playing on expiring contracts in 2020. With the added emphasis on creating splash plays on defense and forcing turnovers, Adebo is an outstanding high-upside prospect to aspire for.

Adebo has the ideal frame at corner, with good height and long limbs that make him a menace attacking the football, that being said, he’s no string bean either. Adebo is stacked together nicely throughout his frame, and he uses that frame to be physical in run support. In addition, Adebo also possesses enticing ball skills.

If Adebo can get back to his 2018 form, getting him at the back end of round one would be a fantastic get. He needs to clean up his propensity to bite like a Great White Shark on double moves but must do so without totally giving up on his aggressiveness.

This was one of my favorite picks in the entire mock draft. Deonte Brown is a really good interior offensive lineman that can be had later than good players at other positions simply because it’s still undervalued position, by most. Even in an age of uber-athletic defensive tackles and quicker passing attacks that can only be thwarted with quick interior pressure, guards aren’t coveted in the draft.

“But pass protection is king in football due to the rising emphasis on the passing attack. So one could deduce the lack of publicity for Brown could be because he struggles in pass protection, but that’s not the case either. Brown is an impenetrable wall. He’s King Leonidas and the 300 Spartans holding off the Persians from slipping through the Thermopylae Pass. The only way to beat him is to go around him.”

The Cowboys have been looking for a replacement at left guard since the departure of Ronald Leary. Brown brings that heavy anchor to pass protection and the killer instinct to the run game that’ll leave the ground and pound gang salivating. He absorbs blows like a brick wall absorbs a glass vase. His strike is powerful and consistent. He doesn’t get to the second level a lot in the Crimson Tide offense, but when he does, he takes good angles and displays good footwork to maintain correct positional leverage to seal running lanes.

Where Brown needs to improve

Given his size, he doesn’t possess all of the quick twitch and lateral agility of smaller interior blockers. He still does a good job mirroring slanting and stunting interior defenders and using their momentum to push them wide of the quarterback, but issues arise when he loses the immediate hand battle.

That lack of a quick-twitch means explosive interior defenders that are able to wipe away his strike can get to his shoulder quickly, which leaves a red carpet runway to the quarterback. It isn’t a consistent issue, but any time your quarterback gets hit on the final step of his 3-step drop, the offensive staff starts pulling their hair out.

They’ve needed a safety since the retirement on Darren Woodson. They’ve spent draft capital on Tyler Biadasz, Connor McGovern, and Connor Williams in the past three years. With the Travis Frederick retirement, the hope is that two of the three are able to step into the guard and center spot and help improve the offense.

The hope would be for the Cowboys to get good value on one of the safeties in what looks to be a good 2021 safety class and pair that with a cornerback, but after 2020 they could need another pass rusher as well. The Cowboys may not want to rule out the idea of an interior defensive lineman either. They just need more help on defense.

So Cowboys fans, get ready for a lot of defense in future Cowboys 2021 NFL mock drafts throughout the year.