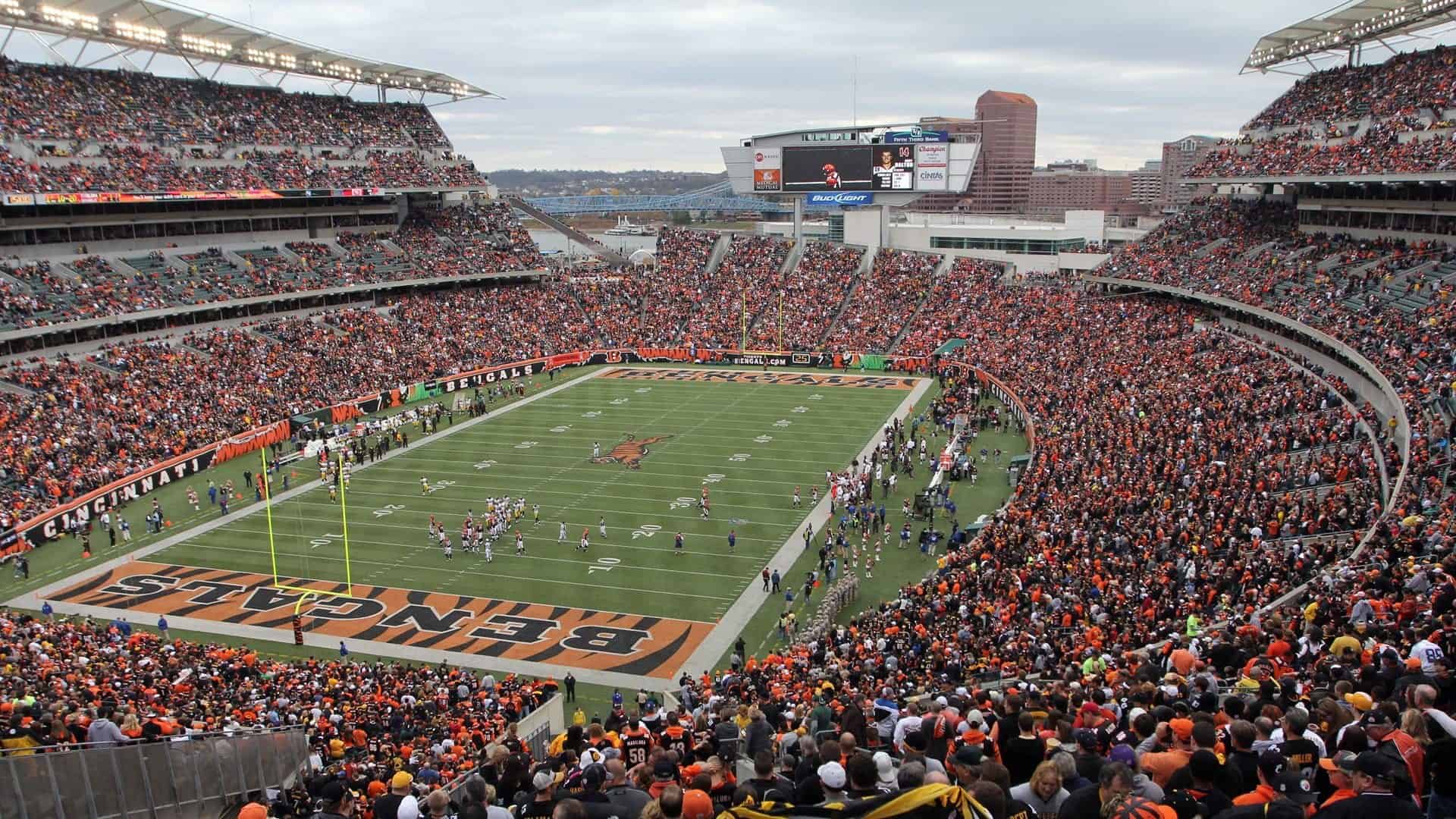 There are a lot of unknowns for the Cincinnati Bengals heading into 2019. The team has a new head coach along with new offensive and defensive schemes. They’ve already faced their first major obstacle in losing first-round offensive tackle Jonah Williams. After projecting what the offense and defense will look like this year, here’s a game-by-game projection of the upcoming season.

This is possibly the worst way for Zac Taylor to begin his tenure with the Cincinnati Bengals. A 2,000-mile road trip to one of the most hostile stadiums a team can visit. The Seahawks defense may no longer be the “Legion of Boom,” but it’s still good enough to get the job done. Expect some splash plays from the Bengals offense as it unveils its full playbook for the first time. The defense will have more than its hands full with quarterback Russel Wilson, rookie wide receiver DK Metcalf, and a stable of talented running backs. Fun fact: Seattle is 15-2 in home openers at CenturyLink Field. The last loss came in 2008 in double overtime vs. the San Francisco 49ers.

Speaking of the 49ers, they draw the card as the opponent to open up the Zac Taylor era in The Jungle. A lot of this game will depend on San Francisco’s returning players like QB Jimmy Garopollo and RB Matt Breida. Emotions will be high and keep Cincinnati in the game, but a San Francisco front seven featuring Nick Bosa, Dee Ford, Kwon Alexander, and DeForest Buckner will likely be too much to handle for Cincinnati’s now patchwork offensive line.

By this point, Cincinnati should begin running the new offense system with precision. Buffalo has a talented young QB in Josh Allen and a host of new receivers, so look for Allen to air it out against a defense that ranked last against the pass in 2018. Coincidentally, which defense finished first vs. the pass? The Buffalo Bills. Even so, the Bengals have the backfield to take some of the pressure off of Dalton. Look for a shootout and Joe Mixon’s 2019 coming out party.

If there are three types of games the Bengals failed to show up for in the Marvin Lewis era, it was prime time games, playoff games, and games versus the Pittsburgh Steelers. This Monday night matchup combines two of those three. You’d like to think that Cincinnati changes its entire culture here, slaying two dragons with one magical Monday night stroke. A win would certainly do that, but don’t count on it. Cincinnati is 8-26 vs. Pittsburgh since 2003. They are also 8-31 in games under the lights during that span. Look for the new car smell to begin to wear off of new head coach Zac Taylor as Cincinnati returns to the Queen City licking its wounds after another prime time defeat.

This is a battle of rookie coaches and a nice bounce-back game for Taylor with a west coast team traveling across the country for an early game. It’s also a test for new defensive coordinator Lou Anarumo, as he faces Kingsbury’s high-powered spread offense led by this year’s first overall pick, QB Kyler Murray. Both teams will still be working out some kinks, so look for home-field advantage to play in Cincinnati’s favor.

New Ravens general manager Eric DeCosta has been busy this offseason, meticulously rebuilding an offense designed around their dynamic quarterback Lamar Jackson and a defense that ranked first overall in yards allowed last season. The offense features two dangerous weapons at tight end with second-year players Hayden Hurst and Mark Andrews. It’s a position the Bengals struggled to defend in 2018, allowing the most scores (11) of any NFL defense. Though the Bengals offense might keep it close, winning in Baltimore is a daunting task.

It’s hard to believe that when this game happens, Jacksonville will be less than two seasons removed from an appearance in the AFC Championship game. In fact, it’s a game they almost won, leading by ten points in the 4th quarter before Tom Brady did what Tom Brady does, rallying the New England Patriots to a 24-20 win. That game seems like eons ago. Since then, the Jaguars finished last in the AFC South and changed franchise quarterbacks. The Nick Foles show comes to Cincinnati, and although Dalton is no Tom Brady, he won’t have to be. The Bengals will pull off their second home win of the season in a low-scoring affair.

Forget a road trip to the west coast, how about a trip across the pond? This already tough matchup vs. the defending NFC Champions also includes jet lag and the unfamiliar surroundings that come with a game played on a different continent. Granted, it affects both teams, but Rams head coach Sean McVay has been to London in that role, where Bengals head coach and McVay disciple Zac Taylor has not. A London win will not be calling for the cats this year.

No matter how good or bad the Bengals are each season, they always have a good upset in them. This will likely be that game. There’s a lot to like: A home game, against a division rival, and rested coming off a bye week. Taylor will likely already be reviewing Ravens tape on the flight back from London and will have some new wrinkles drawn up for the divisional rematch. Wide receiver A.J. Green has always had success against the Ravens and will likely be the difference-maker in this one.

Despite Jon Gruden’s past success, his return to Oakland last season didn’t go quite as planned. He traded away some key franchise players like linebacker Khalil Mack and wide receiver Amari Cooper. He then went the unconventional route in hiring NFL Network analyst Mike Mayock as general manager. Now all of the new pieces in Oakland need to settle in, and there are a lot of new pieces. It might take a while for the Raiders to be any type of contender. Even when factoring in the long road trip, look for the more talented team to win here.

Despite the short win streak, the Bengals run out of luck with a rematch against the king of the division. By this point the Steelers will have adjusted to the leaders they have on offense after the departure of Le’Veon Bell and Antonio Brown. Look for Pittsburgh to make their playoff push with a statement win in Cincinnati.

Is it possible for the Jets to be a sinking ship before they ever leave the Port of New York and New Jersey? This offseason they hired Miami Dolphins castoff Adam Gase as head coach, the controversial Gregg Williams as defensive coordinator, and allowed general manager Mike Maccagnan to run the draft and spend $191 million on four players in free agency before firing him in May. Gang Green might look more like gangrene by the time they arrive in Cincinnati in Week 13. Look for the Bengals to win this battle of rebuilding franchises.

It’s a circus of another kind when Cincinnati travels to Cleveland to take on its namesake (you see kids, the Browns were named after then-Cleveland coach and minority owner and later Cincinnati owner Paul Brown). Cleveland’s high-powered offense, galvanized by the return of RB Kareem Hunt, is no match for Cincinnati’s young defense. Who will Anarumo focus on shutting down between Odell Beckham Jr. and Jarvis Landry at WR? Or Nick Chubb, Kareem Hunt and Duke Johnson (provided he’s not traded) at RB? And David Njoku at TE? The Browns look more like a Madden roster than an actual NFL team. But this is Cleveland in 2019, provided everyone is still healthy at this point in the season.

Cincinnati wins the distinction of playing both Super Bowl participants in the same season. The Patriots will be eyeing the top seed in the AFC while Cincinnati will likely be mathematically out of the playoff picture. The men in stripes will give it a valiant effort, but Brady & Co. are nearly impossible to stop this time of the season.

Much like Cincinnati is always good for an upset, they’re also good to fall into a trap game. This is that game. Miami will likely have a similar record while attempting to wrap up their home schedule at Hard Rock Stadium with a win. New Dolphins head coach Brian Flores is preaching toughness and discipline, two things Cincinnati teams have struggled with. This will be a tough loss to swallow but a valuable experience for Taylor and his coaching staff.

Expect a no-holds-barred free for all to wrap up the season. Cleveland will likely need this division game to wrap up something, be it the AFC North championship or a specific playoff seed. Cincinnati will do its best to play spoiler, a role they’re getting too familiar within the division. They won’t spoil anything here, as the Browns complete the sweep and likely move on to the playoffs.

Cincinnati isn’t expected to be a playoff team this season but should win a handful of games and keep others competitive. They still have a long way to go before competing with the NFL’s elite. Hopefully, the lessons learned in 2019 will be a step towards that. This projection has Cincinnati with a 2-6 road record and 4-4 home record, finishing the season with a tough four-game losing streak. “New Dey” will have to wait until 2020 in the Queen City.

Travis Yates is a writer for PFN covering the Cincinnati Bengals. He is also a co-host of the AFC North & Goal Podcast for PFN’s Podcast Network. You can follow him @TheTravisYates on Twitter.

In this article:Featured, featured, Zac Taylor