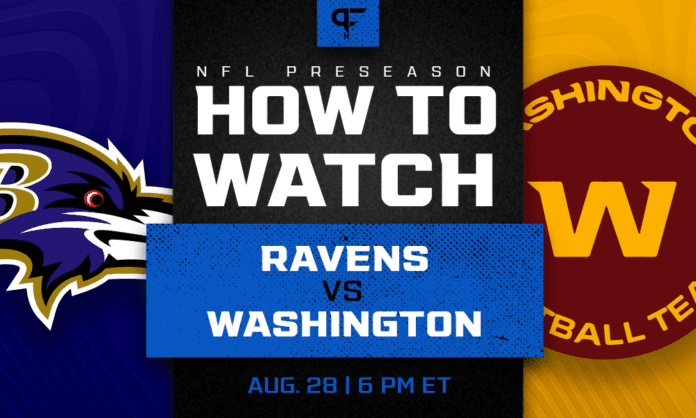 What time does the Ravens vs. Washington game start, what TV channel is it on, where can you live stream it, and what are the latest odds?

How can you watch this week’s matchup between the Ravens and Washington, and what time is it on?

It should be no surprise to see the Ravens as favorites for this game. They are on a simply incredible 19-game winning streak in the preseason. While that does not mean anything in the regular season, it demonstrates how the team approaches the preseason. The Ravens play hard, and they bring excellent depth to every game.

That is not to say Washington does not play hard, but their depth is a concern, especially on offense. Defensively, they have a fantastic unit. However, behind the starters on offense, there are a lot of question marks.

The defensive depth on both sides of the ball is a key reason the total is so low. On the other hand, this might be a rare preseason opportunity to exploit the over. Washington has a seemingly open QB competition, and both Ryan Fitzpatrick and Taylor Heinicke have played significant time through the first two weeks.

Meanwhile, we have not seen Lamar Jackson in this preseason, but this could be the game. If we see Jackson for even a couple of drives, the over is very much in play. Even without Jackson, the team has averaged 18.5 points per game in the first two weeks of the preseason.