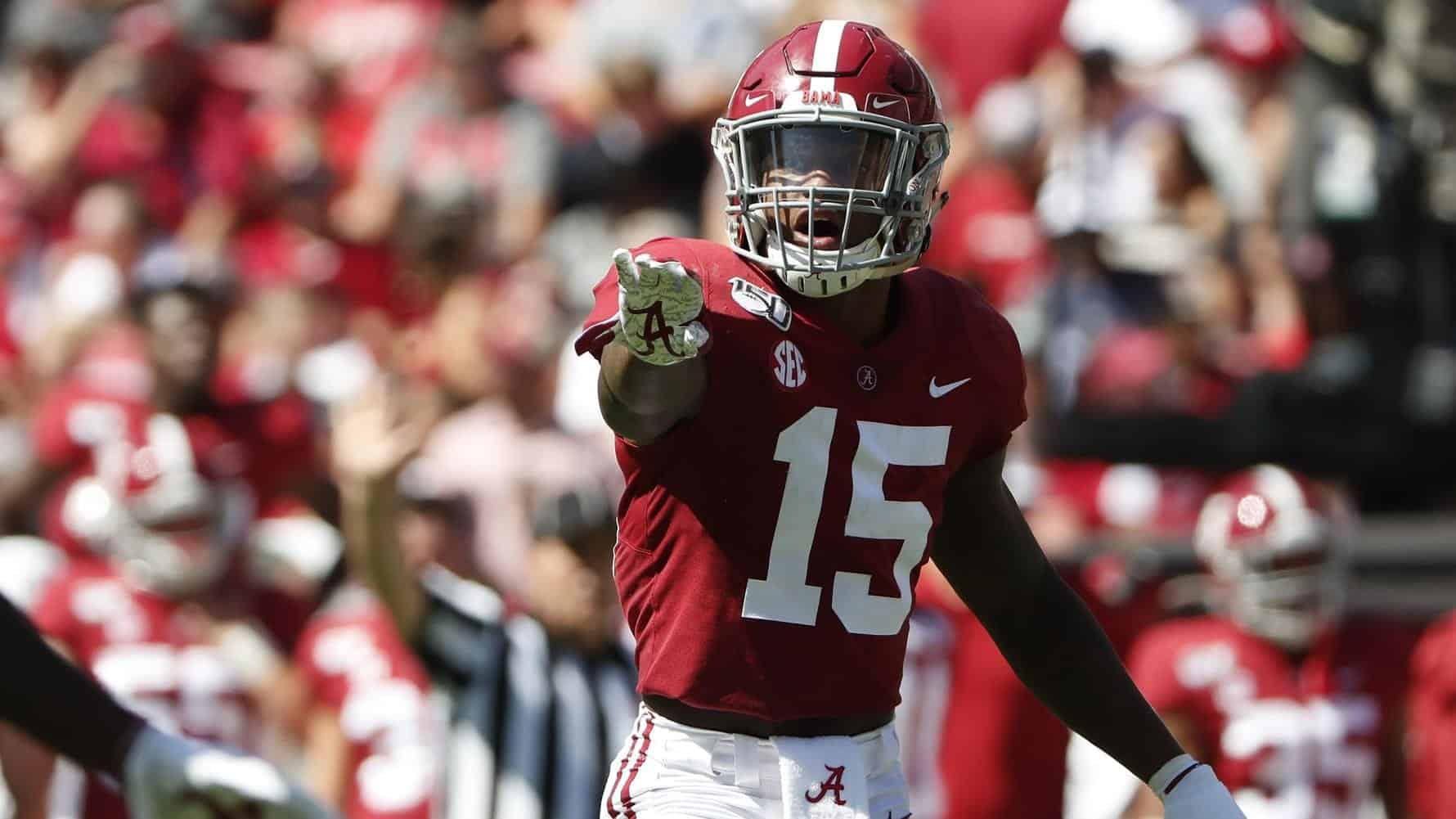 In recent years, several talented safety prospects have joined the NFL ranks. Elite players like Minkah Fitzpatrick, Derwin James, Jamal Adams, and Malik Hooker have all been drafted highly into the NFL and emerged as leaders on their respective defenses. While the 2020 safety class doesn’t boast any truly elite prospects like the aforementioned group, there are still numerous safeties who will provide an immediate impact to their future teams. Here are my top safeties in the 2020 NFL Draft.

Note: Isaiah Simmons will be listed as a linebacker. K’Von Wallace and Terrell Burgess I view primarily as nickels, yet will be listed here as safeties.

I’ve previously ranked my top-20 offensive tackles, top-50 wide receivers, top-25 quarterbacks, top-15 centers, and my top-20 running backs here for PFN. Please note that these are my personal rankings. These are not Pro Football Network’s official rankings, nor should they be confused with Tony Pauline’s grades. You can check out Tony Pauline’s safety rankings here.

The more tape I watch of Alabama, the more I fall in love with the Swiss-Army knife known as Xavier McKinney. He’s intelligent, versatile, and handles every responsibility in a complicated Alabama defense. He can line up virtually everywhere and be a vocal leader of an NFL defense. If I had to bet on any safety going in the first round, McKinney would be my bet.

I love, love, love Ashtyn Davis’s tape. There’s really nothing Davis cannot do at a high level. He’s a phenomenal athlete and great coverage safety. His background at corner shows up in his strong ability in man coverage, which is vastly important for a safety. His ball skills are top-notch, and his instincts make him a high-impact playmaker.

Much like Davis, Winfield is an excellent playmaker in the deep part of the field. He shows off A+ instincts and IQ, which help mitigate some of his athletic limitations. Winfield isn’t afraid to come down and play the run either, moving and navigating through traffic to deliver a hit. His past injuries may drop him down boards, but Winfield is a versatile play-maker who will provide a boost to a secondary needing better deep coverage.

Delpit is an odd evaluation, and many people struggle with projecting him to the next level. I grade higher on coverage, and that is one thing Delpit does at an extremely high level. He isn’t a do-it-all safety at the level of some guys ahead of him, but his awareness and ball skills makes him a coveted player.

Burgess is an interesting evaluation. His tape showed a player who can play at a multitude of spots in the defensive backfield, but I’d be willing to bet that he’ll be best at nickel. Given the abundance of nickels and big nickel formations in the modern NFL, Burgess will receive a plenty of playing time wherever he lands. His smooth coverage ability and toughness is outstanding.

Chinn’s athleticism for a small-school prospect is astounding. On tape, he looks like a man amongst boys. His explosiveness and sheer athleticism will attract him to many NFL teams. His problems arise with his mental acuity in coverage. Given his small-school status, he isn’t as mentally developed as other top safeties in the 2020 NFL Draft. He has to develop that further in the league to reach his full potential.

Dugger is much like Chinn in that he is a fantastic athlete who still needs some further seasoning. I expect both of them to be second-round picks, as their athletic ability and sheer potential will have NFL defensive coaches salivating.

I’m much lower on Wallace than the consensus. I just don’t see the fluidity and athletic ability that makes him “the best nickel in the draft” as many other analysts claim. Wallace is a full-time nickel and will be a fine one at that, however. I like his tackling ability and awareness in coverage, and I believe he’ll develop into one of the better NFL nickels over time.

Stone’s top-notch processing is notable in this class full of high-level athletes. He isn’t the athlete that the players above him in my top safeties of the 2020 NFL Draft are, but he’s an effective coverage option given his fantastic IQ. As a deep safety, Stone’s awareness and physicality will attract him to many teams who operate in a 3-safety look or are looking for a quality backup.

Given the players the Pac-12 has produced in the 2020 NFL Draft, the lack of buzz Hawkins has received is rather surprising. He has outstanding production, played all over the secondary, and is a pretty good athlete in his own right. I think Hawkins has room to grow in developing his instincts and tackling, but he can develop into a Malcolm Jenkins-like player with further seasoning.

Brooks is a fun play-maker to watch on tape. He’s an explosive athlete who is at his best as a box safety/sub-package linebacker. His physicality and instincts show up on tape, and he delivers a hard-hitting impact no matter who he faces. Brooks has his limitations, which will end up keeping him closer to the line of scrimmage as a box safety, but Brooks offers a skill set that fits the modern NFL game.

I don’t hear a lot of people discuss Thomas in this safety class. He stood out to me when watching the other Auburn defensive play-makers, and I like his value as a special-teamer and backup “strong safety” option. He isn’t afraid to fly downhill in run support and has good enough athletic ability to drop and cover tight ends in the middle of the field.