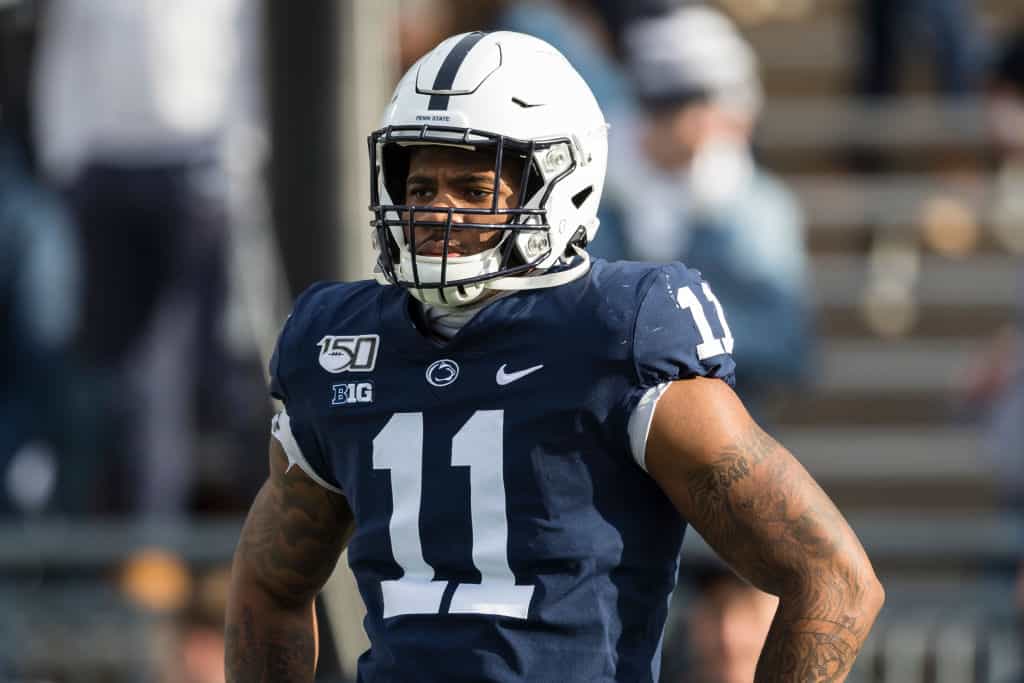 We are quickly approaching the halfway mark of the NFL season, and the biggest needs for every team are starting to become more evident with each passing week. Some teams will be in the market for a new quarterback; others will look to add that one or two missing pieces that will take them from pretenders to contenders. That said, let’s dive into my 2021 first-round NFL mock draft.

It’s all but guaranteed that the Jets will have a new regime in 2020 in terms of their coaching staff, which could also mean that Sam Darnold’s time in New York may be over as soon as this offseason. If they do decide to take Trevor Lawrence, they need to use the brief Sam Darnold era as a blueprint on what not to do in terms of building around a young quarterback.

Lawrence is viewed as the best prospect since Andrew Luck. The Jets would need to focus on giving him protection and weapons to avoid the dumpster fire that the last three seasons have been. If they give him competent talent, he can live up to all of the hype. His talent is too great, and his ceiling is too high for even the Jets to mess up. Then again, many said similar things about Darnold. It’s still very much up in the air on what the Jets will do, but for this first-round NFL mock draft, Trevor Lawrence is a New York Jet.

Washington possesses one of the best front fours in football, featuring four former first-round picks, including the 2020 second overall selection, Chase Young. While their front four is solid, the linebacking unit leaves a lot to be desired. Veteran journeyman Jon Bostic currently gets most reps at the middle linebacker spot, and their depth behind him is thin. It’s not a knock on Bostic, but he has played for five teams in seven years. Washington should look to upgrade the position.

Parsons is a consensus top-five pick in various NFL mock drafts. He has led the Nittany Lions in tackles in both of his seasons in Happy Valley, including as a true freshman in 2018. His football IQ and explosiveness to the ball would be a hugely valuable upgrade at the position, as would his speed and ability to cover in the passing game. Parsons is the best linebacker in this class, and pairing him with that great front four would give Washington a great defense to build around for years to come. If there is one thing we know about Ron Rivera, it’s that he loves defense; having him select Parsons is a no-brainer.

The Giants are bad. In other news, the sky is blue. Aside from their 34-point outing against Dallas, New York is averaging just 12 points a game. A lot of that can be attributed to the fact that Daniel Jones has been pressured on nearly 27 percent of his dropbacks and sacked 15 times.

Sewell is head and shoulders above the rest of this class. His large frame and ability to get underneath blockers would help Saquon Barkley on outside runs and give Daniel Jones the protection he needs to distribute the ball. They drafted Andrew Thomas fourth overall in the 2020 NFL Draft, and adding Sewell would give them two promising young tackles going forward. Their offense needs Jones to be upright, and Sewell provides that.

We can pick and choose where to criticize the Falcons, but their lack of pressure up the middle is a decent place to start. Grady Jarrett is solid, but he could use an upgrade over Tyeler Davis alongside him.

Wilson netted five sacks, along with 8.5 tackles for loss, and his height helped him bat down four passes at the line of scrimmage. The Falcons young cornerbacks would benefit from extra pressure on opposing quarterbacks, especially in man coverage. Wilson could provide interior pressure and also help their already-solid run defense.

I’ll say it — the Jaguars don’t need a quarterback. Gardner Minshew has proven himself as a starting-caliber quarterback in this league, and the Jaguars have much bigger problems such as their secondary. They have allowed the seventh-most passing yards in the NFL, and the sixth most touchdown passes. C.J. Henderson has proven to be a great pick, batting down four passes and snagging an interception in his first career game in the Jags Week 1 win over Indianapolis.

Surtain is a lockdown corner who had two picks and eight pass deflections in 2019 and was also second in the SEC with three forced fumbles. The Jaguars showed everyone they were rebuilding their defense by trading nearly every member of their 2017 team that made it to the AFC Championship Game. Drafting Surtain would give them two very good cornerbacks to build around, like Jalen Ramsey and A.J. Bouye of yesteryear.

Joe Burrow is showing the Bengals that they have a stud at quarterback, but if they want him to be their long-term answer, they need to give him some protection. He has spent the entire season running for his life and has taken plenty of hits.

Humphrey possesses maybe the highest football IQ among any lineman in the class. He has the ability to hold and move opposing linemen to open up holes, which would also benefit Joe Mixon with runs between the tackles. When it comes to interior protection, it doesn’t get much better than Creed Humphrey.

The Dolphins have a lot to be excited about. They had a great offseason, signing star cornerback Byron Jones and a load of talent on both sides of the ball to build around rookie quarterback Tua Tagovailoa. Their biggest focus should now be on adding skill position talent for Tua to distribute to.

Chase was Joe Burrow’s favorite target in his historical 2019-20 campaign and is a big play waiting to happen. Adding him alongside DeVante Parker and Preston Williams would give the Dolphins a great trio. If all goes well with Tua’s health, the Dolphins could be in contention for AFC East crowns for the next decade.

The Kirk Cousins project is officially a bust. While Minnesota found success last season and won a playoff game, they currently sit at 1-5 and are fresh off a loss to the then-winless Falcons. Not only has Cousins thrown 10 interceptions in six games, but the divide between him and Adam Thielen is also becoming more evident by the week.

Fields is an incredibly accurate passer. He completed nearly 68 percent of his passes along with 41 touchdowns and just three interceptions. The Vikings need a fresh start, and so does Cousins. It’s time to hit the reset button and bring in Fields as the future in Minnesota.

The Eagles have been disappointing in 2020, to put it lightly. We can point fingers at the lack of firepower on offense, but the defense hasn’t done them any favors, specifically their linebackers. While they are allowing just under 126 yards on the ground, opposing tight ends have been carving them up. Tyler Higbee had a big day in Week 2, and George Kittle racked up 183 yards on 15 receptions. They need a dominant man in the middle that can help in the run game and contain tight ends.

Dylan Moses missed the 2019 season due to injury but is back as the quarterback of the Crimson Tide defense. He had 86 tackles in 2018, including 10 for loss and 3.5 sacks. He alone wouldn’t fix the Eagles defensive issues, but having an anchor in the middle of the field would be a great start.

The Chargers are not the team that their 1-4 record shows — all five of their games have been decided by a combined 21 points. Derwin James’ injuries have not helped them defensively and are a big reason why Los Angeles ranks 29th in passing yards allowed per game.

Wade would be an excellent option to put at the nickel spot. Desmond King and Casey Hayward are both solid starters, but the same can’t be said about the depth behind them. Wade snagged two interceptions in 2019 and was second in the SEC with three forced fumbles while also breaking up eight passes. Justin Herbert and the offense are putting up points, but the defense has to keep opposing offenses from putting up too many points.