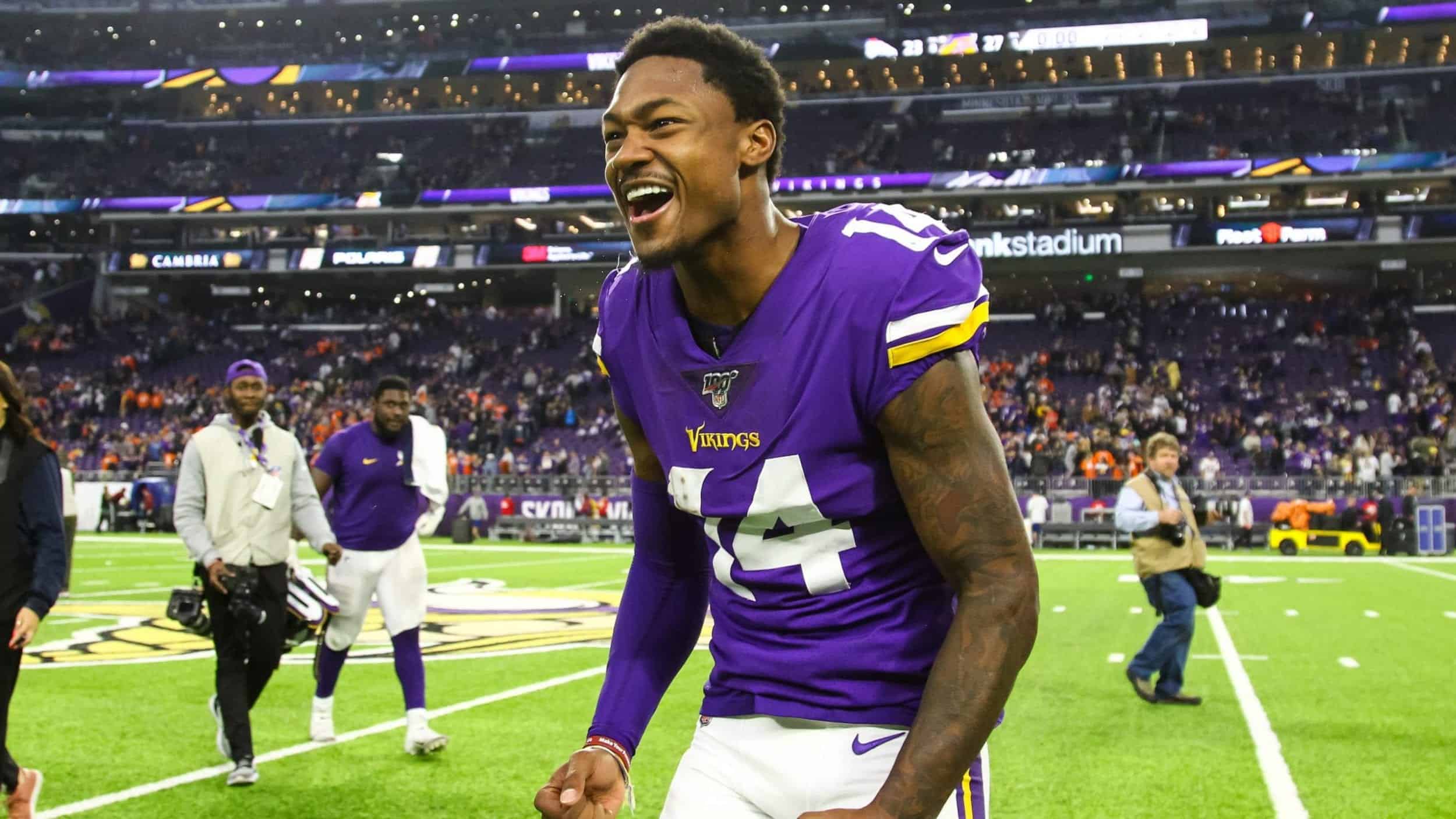 Ok gang, so it’s been a long week — of basically nothing. With no news, there’s nothing to report. With nothing to report, this week’s Two Minute Warning will take a look back at the last two weeks and hand out to teams their 2020 NFL free agency grades.

Let’s not waste time, as this is a long one. The NFL free agency period is over except for those remaining stragglers. Teams know what they want to do and have an idea of what path they’ll go down come next month’s draft. Some teams added loads of talent for a hefty price. Others were a player away and found their gem for the short-term plan.

Any team could contend next season (yes, even you Cleveland!) if they have the right tools. Let’s dive into the Two Minute Warning and see how every team has done thus far, shall we?

Buffalo Bills: Stefon Diggs cost the team a first-round pick, but Brandon Beane chose to add a proven veteran than a risky prospect. Josh Allen will have an actual No.1 weapon in an ever-growing productive offense. The additions of Vernon Butler, Mario Addison, and Josh Norman all add depth to Sean McDermott’s defense.

Buffalo also signed Jordan Poyer to a two-year extension to keep perhaps the best safety tandem in the league together until 2021. The Bills saw their opportunity to win now and went all in. Meet your early AFC East favorites.

Miami Dolphins: Miami had loads of cap space to play with and used it to replace the other version of New England 2.0. Kyle Van Noy should produce under his former defensive coordinator while Shaq Lawson showed growth when he tallied a career-best 6.5 sacks. Jordan Howard is a perfect fit in that offense and came for the right price.

Byron Jones and Xavien Howard should pair as not just two of the top three paid corners in the sport, but also as one of the best duo off the edge. Jones showed excellent form transitioning back to cornerback and deservingly was paid for his efforts last season. All the players must hit, as do their draft picks, but the Dolphins have transformed into a middle-tier team practically overnight.

New England Patriots: They lost a lot this offseason — excluding the six-time Super Bowl winner. Jamie Collins, Danny Shelton, Elandon Roberts, and Van Noy are all gone from the defense. Several players still have a high salary cap and could be cut before the season or following this year.

Then, the team lost Tom Brady. Write it however you want because it’s not good. Granted, Brady struggled down the stretch last year, but now he has the weapons he wanted in Foxborough down in Tampa. If the Pats believe in Jarrett Stidham over Cam Newton or Jameis Winston, that’s all you have to say about their upcoming season.

But at least Devin McCourty is back, right?

New York Jets: Breshad Perriman will be an excellent replacement for Robby Anderson as the speed threat for Sam Darnold. Every other move? Well, psshh… ok, let’s talk. Is George Fant really expected to be paid the same as guys like Bryan Bulaga? No – and he won’t take away a need at offensive tackle early in the draft.

The Jets still have needs at wide receiver, offensive tackle, and a few other areas after a quiet offseason. They could have contended with Miami and Buffalo as the new front-runners in the AFC East. Instead, they’re still on the runway, waiting to take-off.

Baltimore Ravens: Eric DeCosta turned two fifth-round picks into Marcus Peters and Calais Campbell. Both are Pro Bowl-caliber defenders and fill needs on the defense. Throw in the franchise tag for Matthew Judon, who finished with 9.5 sacks last season, and the defense is a safety or linebacker away from being elite.

Plus, DeCosta traded Hayden Hurst away for the 55th pick in April’s draft. Any smart team will build a strong defense for a young quarterback, and the Ravens certainly have that for the reigning MVP.

Cincinnati Bengals: Ahem; what do you mean the Bengals spent money in free agency?!?

Cincinnati will hope to fix their secondary with the additions of Minnesota’s Trae Waynes and Mackensie Alexander, along with safety Vonn Bell. The slot corner is a sure-fire tackler and an upgrade over Darqueze Dennard.

DJ Reader cost the team a massive contract, but he’s turning into one of the top nose tackles. And the Bengals franchise-tagged AJ Green to help with Joe Burrow’s early progression next season. As I said, it could have been much worse.

Cleveland Browns: Please don’t fool us again, Cleveland. Andrew Berry hoped to fix the offense with the additions of Austin Hooper and Jack Conklin. With the tender tag on Kareem Hunt, Baker Mayfield will have six quality weapons to help the offense take sides in 2020.

The Browns made smaller moves on defense that could help them improve. The question now lies on Mayfield to improve. The team’s drafting a future left tackle, so Baker will be hot in the kitchen if he fries the offensive production.

Pittsburgh Steelers: The Steelers could have been in the postseason should the new rules had gone to effect last season. Without Ben Roethlisberger, Pittsburgh relied on their re-vamped defense to take control of the divisional play. Javon Hargrave was their most significant loss this offseason, so a mid-round pick could keep them floating around.

The Steelers added protection at the goal line with Derrick Watt and found a red-zone target in Eric Ebron. Ramon Foster called it a career, so the addition of Stefan Wisniewski should take his place. Overall, it was a quiet month, but Pittsburgh will always count on Big Ben to be their go-to. Addressing needs to help him in his twilight seasons help.

Houston Texans: Bill O’Brien traded DeAndre Hopkins for David Johnson and a second, then pretended that Randall Cobb would fix the problem. That’s after letting DJ Reader walk away without an offer.

Indianapolis Colts: This could work or backfire. Check back in come November. Philip Rivers regressed from one of his best seasons in 2018, looking ready for the retirement home. Indianapolis believed that reuniting him with Frank Reich could benefit all involved. He signed a one-year, $25 million deal.

Chris Ballard went for the Beane approach and traded away the 13th overall pick for DeForest Buckner, signing him to an $84 million deal through the next four years. But let’s say Rivers does just enough to get by and puts the Colts as a middle-tier roster? Indianapolis will be stuck without a shot for one of the top quarterbacks in 2021 when they could have had Jordan Love this April. It’s a great — yet risky move to contend in a terrible division.

Jacksonville Jaguars: The Jags struggled, but that’s more so on 2019 than 2020. The team couldn’t afford to sign many players as the cap space issues cost them trades. The team found a suitable partner for Nick Foles, but also only grabbed a fifth-round pick for  Campbell.

Gardner Minshew will need to hit, and the two first-rounders will hopefully help, but this is a disaster in Duval. Let’s see Doug Marrone fight for his job now.

Tennessee Titans: The Titans’ top two payers were Ryan Tannehill and Derrick Henry. Henry was consistent through the playoffs while Tannehill changed the offense, going 7-3 as a starter. Both will be back next season, but one could sit out if he doesn’t sign the franchise tag this offseason.

The Tannehill move was necessary, but perhaps not at that price. A $114 million deal for an average starter is a huge payday that could backfire in their face. The team also had to let Conklin walk and traded away Jurrell Casey for nothing more than a seventh-round pick. But they kept the offense together so good? Yeah, good.

Denver Broncos: All of Denver’s moves should help, and it cost little for the big ones. A.J. Bouye will hopefully bounce back for a fourth-round pick while Casey, a top-caliber 3-4 defensive end, will join the team for a seventh-round pick. Graham Glasgow will be an upgrade over Connor McGovern at guard and could play center in a pinch.

Melvin Gordon should pair well Phillip Lindsay as a 1-2 punch in the backfield. The team will need to play it smart in the draft and see Drew Lock progress, but hey, not a bad offseason for John Elway overall.

Kansas City Chiefs: So the team let Kendall Fuller walk in free agency. They brought back DeMarcus Robinson on the outside, and franchise-tagged Chris Jones with intentions to sign him. Does the team have any dire needs, then perhaps a future lead running back? Nope? Yeah, Patrick Mahomes is sleeping soundly with the Lombardi Trophy this offseason, so Kansas City is fine.

Grade: B (but they didn’t need much)

Las Vegas Raiders: I might be alone here, but I loved the Raiders offseason. Finally, addressing the needs at linebacker, both Cory Littleton and Nick Kwiatkoski came at team-friendly deals. The additions of Eli Apple, Jeff Heath, Maliek Collins, and Carl Nassib should help the defense only improve.

Perhaps Marcus Mariota will have his own Tannehill time in Sin City. Adding competition for Derek Carr, the former No.2 overall pick should work nicely under Jon Gruden and prove to be a worthy adversary for the starting role. Mike Mayock also has two first-round picks and four in the top 100. They’re setting themselves up for a strong offseason.

Los Angeles Chargers: Austin Ekeler came at a cheaper deal than Melvin Gordon would have and was already taking starting snaps. The offensive line should improve with the additions of Trai Turner and Bulaga. The defense found another gem for their secondary with Chris Harris Jr., perhaps becoming the missing piece on the back end.

Here’s the thing; what’s going on at quarterback? While moving on from Rivers was bound to happen, why not bring in a veteran? Tyrod Taylor has shown glimpses, but is he a franchise guy? And even if they draft a player, is he their future and a good pickup?

You live or die by quarterback play now — and oof, Los Angeles is dying heading into April.