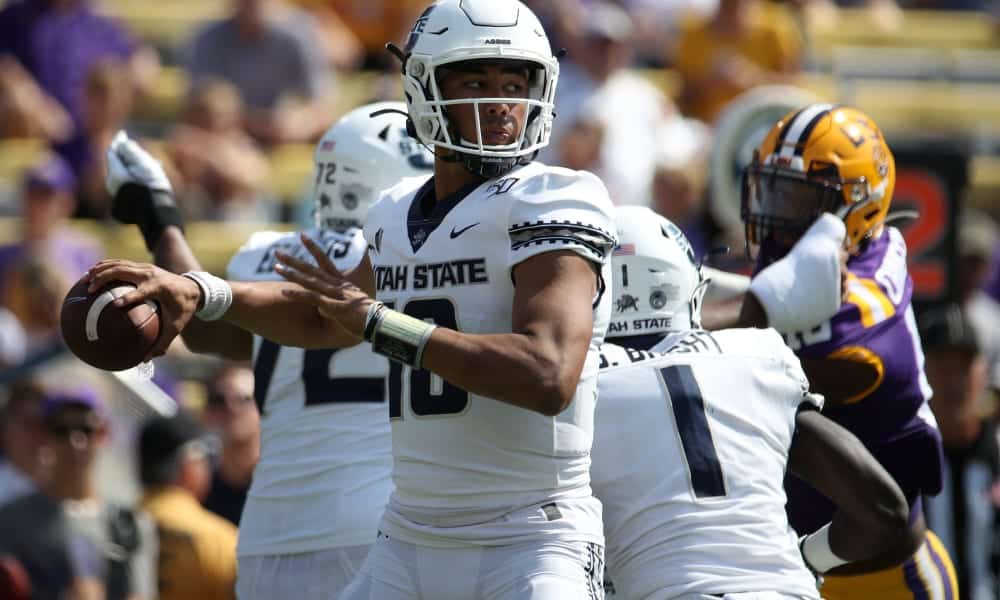 All around the NFL, teams are participating in final draft meetings this week — albeit virtual meetings. Over the course of the next two weeks, we’ll be posting all of the latest 2020 NFL Draft news and rumors as they come in. For previous news and rumors updates, follow the links below, according to date and subject. Be sure to bookmark this page and visit daily.

April 22 (Scroll Down)
Overrated and underrated prospects, Packers’ interest in a linebacker, cornerback rankings, and more

Kickoff of the 2020 NFL Draft is less than 36 hours away. It’s about this time every year I speak with people in the league about who they feel are the most overrated and underrated prospects in this draft class. This is what I’m hearing:

Overrated – Leki Fotu/DT/Utah: Fotu could just as easily fall into the category of “most disappointing” as much as overrated. Despite being an incredible physical specimen who flashed brilliance at times, Fotu is too inconsistent for next-level decision makers who say he never met expectations. League sources talk about a motor that runs hot and cold as well as the inability to shed blocks against lesser opponents. His physical skills and upside could help Fotu find his way into the third round, but many believe he could’ve been a top-20 pick if he played to expectations.

Underrated – Michael Pittman Jr./WR/USC: One team has Pittman graded as a top-15 player on their draft board. He was a terrific pass catcher on the college field, and his Scouting Combine workout surprised everyone. And while Pittman is not expected to land in round one, most feel he’ll be off the board early in the second frame.

Underrated – Ezra Cleveland/OT/Boise State: One scout said Cleveland “doesn’t have great power, but he’s just a sensational pass protector. He possesses great feet and movement skills.” The consensus on Cleveland is that he’s a terrific zone-blocking left tackle who will only get better once he enters an NFL weight-training program.

Enigma – Austin Jackson/OT/USC: Jackson isn’t an enigma based on his talent, rather the wide variety of opinions on his game around the league. Some feel he’s a legitimate mid first-round prospect, while others tell me he’s second-round talent. I took a lot of heat the past few weeks for having Jackson rated so highly, and while I don’t think he’s a top-18 selection in the draft, I firmly believe he’s a first-round talent who will end up as a sensational starting left tackle in the league.

I’m told the Green Bay Packers like linebacker Jordyn Brooks of Texas Tech a great deal. There’s been some talk of Brooks landing with the Packers in round one recently, which is a little too rich for my blood; I gave Brooks to the Packers in the second round in my final mock draft. My history of Packers’ selections in the second round has been pretty solid in recent years (Josh Jackson, Jason Spriggs), and despite likely jinxing that for the future, let’s see how it turns out.

Cornerback draft boards are varied around the league

After Jeffrey Okudah and C.J. Henderson, cornerback rankings are all over the place. A.J. Terrell, Kristian Fulton and Jaylon Johnson are moving up boards, and it looks like all three will land in the first round.

Trevon Diggs and Jeff Gladney are moving in the other direction for a variety of reasons, while Noah Igbinoghene of Auburn is sneaking up boards and could be selected earlier in the second round than most people think.

In speaking with several agents, there is a concern as to the financial well-being of many of the players who will be selected outside the top 60 and those who agree to terms as undrafted free agents.

Those contracts come with a signing bonus, and that money is needed to hold most of the last-day picks and free agents over until camp starts. With an expected delay until contracts are signed and the start of rookie camp and summer camp up in the air due to the pandemic, agents may have to front money for their players until the situation is settled.

Thurmon is an explosive three-technique type who plays bigger than his listed size. He’s incredibly explosive and easily moves about the field. Besides speaking with coaches and scouts from the Cowboys, Dolphins and Cardinals via teleconference, those franchises had their team doctors speak with Thurmon and administer a tele-exam.