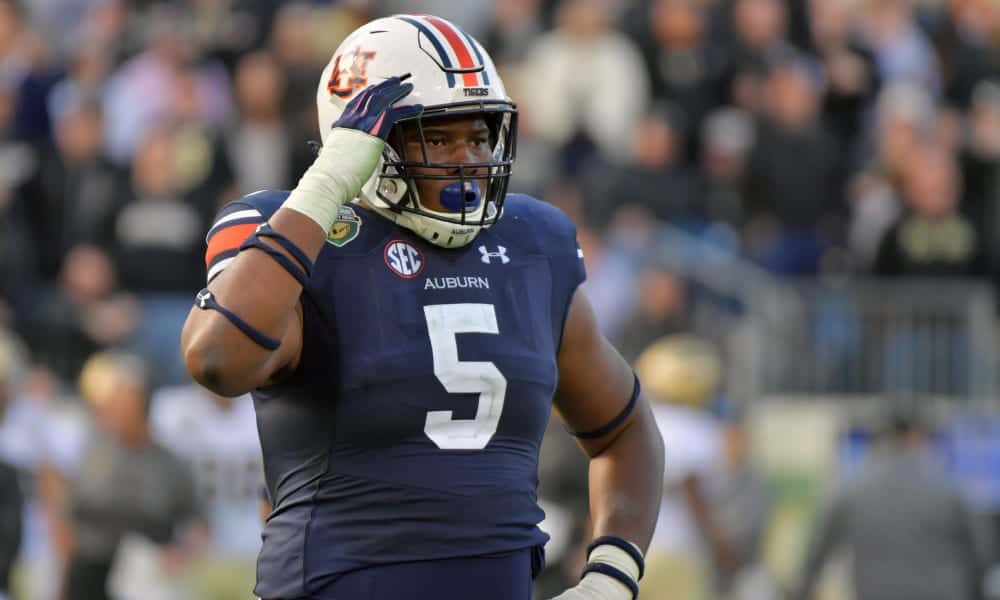 There will be plenty of people grading the results of this past weekend’s draft despite the fact that the picks are nothing more than names on a piece of paper at this point. Eventually, I will take part in that exercise as well. But for now, I’ll look at the picks that I thought were steals and reaches while identifying the players who could determine the outcome of each team’s overall draft. I’ll start my 2020 NFL Draft evaluations with the NFC today.

Steal: The Cardinals had several steals in this draft, but I’ll go with Eno Benjamin in round 7. Moderately athletic, Benjamin is a terrific football player and a great fit for the Arizona system.

Draft Hinges On: Isaiah Simmons. The expectations for him are insane, but he’s not a plug-and-play type player; think Haason Reddick.

Steal: Marlon Davidson and Matt Hennessy are both terrific linemen with position versatility.

Draft Hinges On: A.J. Terrell. They wanted C.J. Henderson, but they couldn’t make a trade. I liked Terrell, but more at the bottom of round 1.

Steal: Derrick Brown. Getting a top-three talent with the eighth pick is always a steal.

Draft Hinges On: Derrick Brown, and I believe it will be a success.

Steal: Jaylon Johnson was getting first-round grades; he was a bargain late in round 2.

Reach: Arlington Hambright and Lachavious Simmons are players I have reports on and graded — as free agents. Yes, it’s the seventh round; but why draft a guy you can sign as a free agent (unless they were forced into it)?

Draft Hinges On: Tight end Cole Kmet played at Notre Dame and fills a need. Much will be expected from him.

Steal: Dallas stole four players in the draft, but I’m going to go with Bradlee Anae. He’s not the greatest athlete and has to focus on football 24/7, but getting this type of player in round 5 was a bargain.

Draft Hinges On: CeeDee Lamb’s play and production will always be compared to K’Lavon Chaisson, the player Cowboy fans expected them to take.

Steal: The Lions came away with several steals, none more than D’Andre Swift.

Reach: Few teams had a draftable grade on Jashon Cornell.

Draft Hinges On: Jeffrey Okudah’s play will be compared to Derrick Brown’s, plus he plays the all-important cornerback position, which has a high bust factor.

Steal: Some Packers fans are apoplectic over the selection of Jordan Love, but getting a quarterback of this caliber late in round 1 is unheard of these days.

Reach: Too many to list, but I’ll go with Vernon Scott, a player few had given a draftable grade.

Draft Hinges On: Packers fans wanted a receiver with their first-round selection, and once Jordan Love lines up behind center, his play will be compared to Tee Higgins, Michael Pittman and Denzel Mims.

Reach: Cam Akers should not have been selected ahead of J.K. Dobbins.

Draft Hinges On: Considering they cut Todd Gurley despite limited depth at running back, the pressure will be on Cam Akers from the get-go.

Steal: The Vikings considered selecting Ezra Cleveland in the first round. They ended up getting him late in round 2.

Draft Hinges On: There were several cornerbacks graded much higher than Jeff Gladney, who was a surprise first-round pick.

Steal: While many will contend Zack Baun was a steal, my preference is Adam Trautman.

Reach: Tommy Stevens was not very accurate throwing the ball in college. I don’t expect that to change in the NFL.

Draft Hinges On: The Saints had their hearts set on Kenneth Murray, but he was taken off the board one pick earlier by the Los Angeles Chargers, who moved up to select him. I like Cesar Ruiz a lot, but his play will be compared to many of the receivers New Orleans passed on.

Steal: The Giants swiped a number of players off the board who were steals, but I’m going with Matt Peart. Getting a tackle of this caliber, who I expect to be starting by 2021, late in round 3 was manna from heaven.

Draft Hinges On: Andrew Thomas will be counted on early to improve the all-important left tackle spot.

Steal: Both of the Eagles’ second-day picks were steals, but I’m going with my favorite from day 3. Shaun Bradley is a smart, athletic linebacker who was never properly appreciated in the scouting community.

Reach: K’Von Wallace is a good player with average size and speed. There were better safeties available when the Eagles selected him.

Draft Hinges On: Jalen Reagor was a slight surprise. He will be compared to Justin Jefferson over time.

Steal: Though he wasn’t selected with any of their picks, Trent Williams was a factor in this draft, and getting him for a song sets up the Niners nicely.

Reach: Receiver Jauan Jennings is slow and inconsistent catching the ball. He would’ve been available as a UDFA.

Draft Hinges On: Trading away DeForest Buckner and replacing him with Javon Kinlaw puts the South Carolina defensive tackle in the spotlight.

Steal: Alton Robinson was considered by most to be a potential late day 2 pick; the Seahawks got him in round 5. Stephen Sullivan was a mid-round talent that the team swiped off the board in the final frame.

Reach: The Seahawks do things their way and are successful at it. They select the best player for their system rather than the best player available. That being said, I still fail to see how Jordyn Brooks was a first-round talent.

Draft Hinges On: Considering the offensive and defensive linemen available to Seattle late in round 1 as well as some of the receivers, and the fact that inside linebacker was not a big need, Brooks better play well.

Steal: Many will claim it’s Tyler Johnson, but I’m going with Tristan Wirfs, who was a legitimate top-eight value.

Draft Hinges On: Big things are expected from the Bucs this year, and much of the offensive success hinges on Wirfs protecting Brady’s right side.

Steal: Center Keith Ismael was a fourth-round talent at worst, though I’ll be interested to see what the Redskins do with him. James-Smith Williams was also good value in the final frame.

Draft Hinges On: Obviously Chase Young’s career will be matched against Tua Tagovailoa’s, but the Redskins made the right choice.