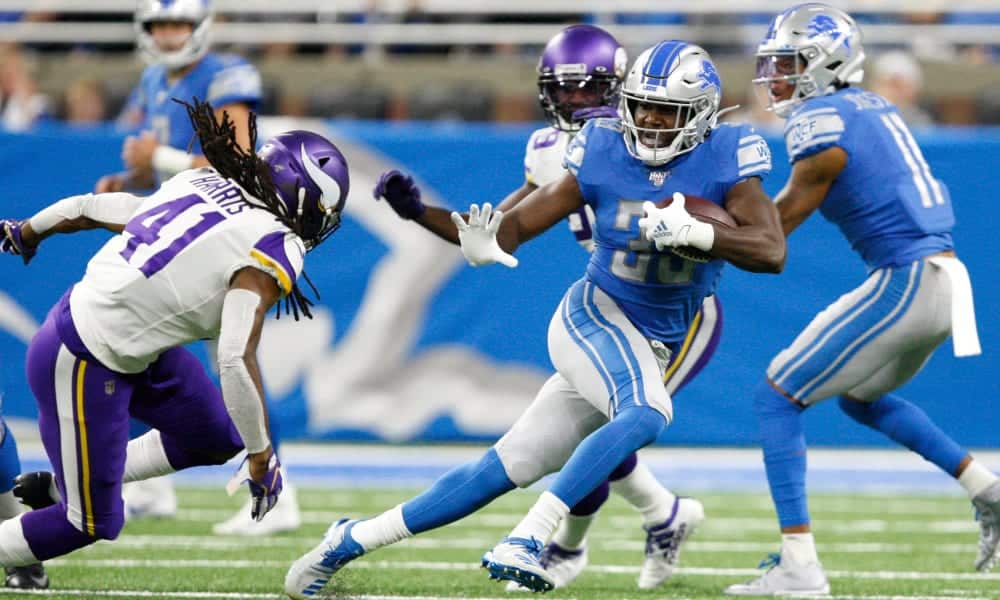 The Detroit Lions are perhaps the NFL’s most complex team. Matthew Stafford and crew will look to bounce back following a 3-12-1 season during 2019, garnering them the third overall pick in the NFL Draft. Now that the offseason is in full effect and we have an idea of what the roster will look like, how do we feel about 2020’s version of the Lions?

After a productive offseason, general manager Bob Quinn and head coach Matt Patrica are entering “now or never” mode.  Every year, we see an overhyped team become an overnight sensation after an active offseason. Last year, the Browns were dubbed Super Bowl champions before a snap thanks to some impressive trades and quality signings. Expect the Arizona Cardinals to receive similar treatment after pulling off a heist for DeAndre Hopkins‘ services.

Then, there’s always a team that could succeed, but never live up to their full potential. Injuries, poor coaching, and inadequate development of players are all factors that could force a promising year into one that ends in disappointment. The Indianapolis Colts felt that sting during the regular season last year.

One roll of the dice could dictate the season outlook for an organization — leading to either postseason play or a change of command. As facilities slowly but inevitably begin to open for what is hopefully a full season, expect the Lions to be waiting for that dice to roll in their favor.

On paper, Detroit is better than the three-win roster of last season and should look to double that number with a healthy Stafford. Before suffering a season-ending injury, Stafford was on his way to an impressive 2019 campaign — ranking second in touchdown passes (19), fourth in passing yards (2,499), and fifth in passer rating (106.0) through nine weeks of play.

Back under center, Stafford is set to pick up the pieces and thrive under second-year offensive coordinator Darrell Bevell. He’ll need to, as the 32-year-old faces pressure to continue to be the driving force and one consistent within the organization.

“We want to be a great offense, and the first step to it is making sure everyone is on the same page, pulling in the same direction,” Stafford said, via Tim Twentyman of the team website. “I think we’ve got that. Hopefully, we can continue to grow and get better in year two.”

Stafford’s offensive arsenal isn’t flashy but has the fire-power to contend among the NFC North’s limited targets. Both Marvin Jones and Kenny Golladay tallied at least nine touchdowns last year, with the latter accumulating his second 1,000-yard season. The team will also expect development from second-year tight end, and former top 10 pick T.J. Hockenson, who finished with an unproductive 32 catches for 367 yards.

Come September, the veteran presence of Danny Amendola could play an integral role in this offense. The two-time Super Bowl winner might not have been effective in the red zone, but he did finish 15 of 16 games with at least one catch on the way to a 678-yard season.

The focus of the offseason should be on the defensive side of the ball. Detroit added former Patriots players like Danny Shelton and Jamie Collins in the front seven and traded for Duron Harmon in the secondary. After electing to trade All-Pro cornerback Darius Slay, the Lions found his immediate replacement in Pro Bowler Desmond Trufant and added the long-term answer in Ohio State’s Jeff Okudah.

“Corners come in all shapes and sizes, and he kind of fits the mold of a top-flight corner that can cover big guys, he can cover small guys, he can support the run,” Quinn said last month on Okudah. “He plays the ball well, very well, in the air. He’s instinctive. He’s very much a student of the game.”

Will the offensive line continue to struggle?

The offseason moves could be the push Detroit needs to contend for their division. However, there is a lingering concern that could come into play.

Detroit allowed 43 sacks in 2019, even with players such as Rick Wagner and Graham Glasgow still on the roster. With the duo gone, that number may skyrocket should free agent Halapoulivaati Vaitai fail to live up to his $50 million deal.

Perhaps best known for his run as the backup left tackle for the Super Bowl-winning Philadelphia Eagles in 2017, Vaitai should be better suited for the right side. A swing-tackle last season, the former TCU pass-protector excels against the run and has the skills to win battles against lesser edge rushers.

This could also be the season where Tyrell Crosby is given a chance to make the starting five.

No matter the outcome, two holes on the offensive line will be filled by players who have barely started in their careers. If neither pan out, the Lions could be forced to start rookie Logan Stenberg or Jonah Jackson, both of whom are viewed as projects for the future.

There’s also the nagging nuisance of a limited run game — a lingering issue since the departure of Barry Sanders. Kerryon Johnson seemed to be the right fit when drafted out of Auburn in 2018. When healthy, the third-year runner has a bruiser-like mentality to pile forward and gain the first down. As the injuries continue to pile up, so do the concerns of Johnson’s longevity, who’s played in 18 games through two seasons.

The team will also turn to second-round selection D’Andre Swift to make magic in a “running back by committee” approach. Perhaps the most talented back in the draft, Detroit had more pressing needs, but couldn’t pass on the chance to complete their offense. A home-run threat in the open field with both his hands and feet, expect Swift to lead the room in all-purpose yards.

The question is, will the line hold up long enough for breakaway plays? Keep in mind, the former Bulldog was playing behind the NCAA’s top unit last season, which provided ample running lanes for success. That likely won’t be the case during his rookie season.

Detroit’s pieces make for a sweet recipe entering the offseason. However, will all the ingredients be able to stay in the mix? Johnson’s role could slowly diminish as he begins the back end of his rookie deal, while one big hit on Stafford could place him back on the IR. The same could be said for Trufant, who, despite being a shutdown corner at one point, missed seven games last season.

Their regular-season schedule could be seen as a coin flip as well. The Jacksonville Jaguars, Washington Redskins, and Carolina Panthers all could be trap games. On the other end, matchups against the Arizona Cardinals, Atlanta Falcons, Houston Texans, Indianapolis Colts, and a dual set against the Chicago Bears, could be decided within the closing minutes.

On CB Desmond Trufant to #Lions…

Should the stars remain healthy, young talent develop, and players on lucrative deals live up to expectation, Detroit could impress as legitimate postseason contenders in the NFC. If injuries expand, rookies such as Okudah and Swift struggle, and names like Hockenson, Vaitai, and Trey Flowers continue to underwhelm, expect changes to come at Ford Field.

The Lions are the epitome of a .500 roster, and the pendulum will lean either direction every week. One big win could transform Detroit into a must-see team — just as one slip up could have them heading back to the shop for permanent repairs.