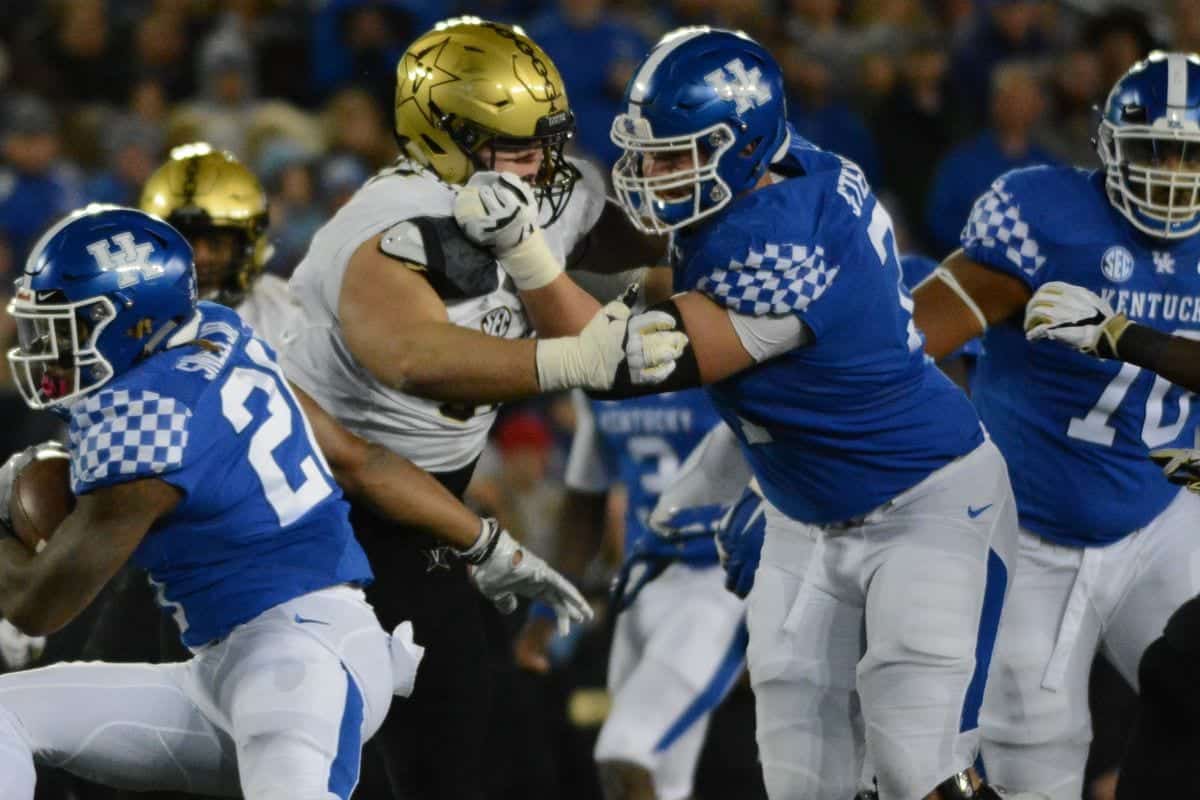 Last April was a banner year for the Kentucky Wildcats, who had players selected in each of the opening four rounds — starting with Josh Allen, the seventh pick of the draft. In the 2020 NFL Draft, the first Kentucky prospect off the board may not come until the fourth round.

The Wildcats will open the season against Toledo before taking on Eastern Michigan. As we head into the season, the only two ranked teams on their schedule include Florida on September 14 and Georgia on October 19. While they aren’t scheduled in many high-profile games, there is still ample opportunity for their prospects to put their play on tape. One guy who will be looking to do a lot of that is Logan Stenberg.

Kentucky offensive lineman Logan Stenberg has athletic and space limitations, but if you are looking for a nasty blocker who consistently dominates defenders, he’s your man. Stenberg is large and powerful and annihilates opponents, drives them from the line of scrimmage and works to finish blocks, which he usually accomplishes. He’s marginally effective in motion and isn’t the type of lineman you’d line up in a zone-blocking scheme, but Stenberg will flourish at the next level in the proper system.

My affection for Mike Edwards was well known last year, and with the former Wildcats safety now in the NFL, a bit of that affection has been transferred to Davonte Robinson after watching the film.

The Kentucky safety isn’t as quick or explosive as Edwards, Robinson is still a legitimate next-level prospect with excellent length, solid speed, and a developing game. I like the toughness Robinson displays against the run, and his ball skills also show promise.

Note: This table has already been filtered for the Kentucky Wildcats prospects. To view other prospects that I have graded, use the drop-down lists below to filter the table.