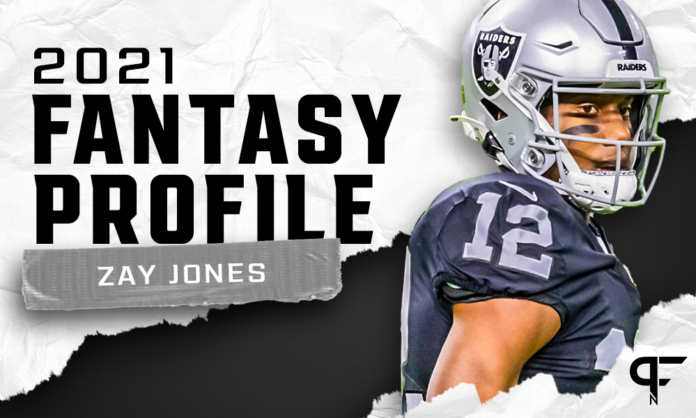 Las Vegas Raiders WR Zay Jones is having a solid preseason, but what is Jones' fantasy football outlook and ADP for 2021?

After signing a one-year contract to return to the Las Vegas Raiders, what is wide receiver Zay Jones’ fantasy football outlook? Head coach Jon Gruden has been touting the receiver publicly during the preseason. Is Jones someone to target at his current ADP late in your fantasy draft?

Jones is clicking with third-string quarterback Nathan Peterman. As a reminder, this duo played together back in Buffalo. Jones has also shown chemistry with starting quarterback Derek Carr.

Since 2019, Jones has only played 44% of the Raiders’ offensive snaps. Furthermore, Henry Ruggs, Bryan Edwards, and Hunter Renfrow are locks to make the final roster.

Zay Jones has competition for targets

Ruggs is expected to take a huge step forward in his second NFL season after a rookie year that started off slow due to lower-body injuries. The former first-round pick’s season was underwhelming overall. Ruggs only caught 26 of 43 targets for 452 receiving yards and 2 touchdowns. But the word from camp implies he’s had a masterful offseason.

Jones will also be competing for targets with Edwards. Edwards was drafted in Round 3 last year and also dealt with injuries. As a result, he caught just 11 of 15 targets for 193 receiving yards and 1 touchdown in 2020.

Edwards has the potential to do so much more in 2021. He had a prolific college career at South Carolina. He holds the program record for the most consecutive games (48) with a reception. Additionally, his career receptions (234) and receiving yards (3,045) rank third in school history.

These two receivers are serious competition for Jones. They are likely to absorb the vacated targets from receiver Nelson Agholor. Moreover, Renfrow should continue to dominate from the slot while tight end Darren Waller projects to lead the Raiders in targets.

Las Vegas also added veteran receivers John Brown and Willie Snead during free agency. Thus, Jones has several hurdles to overcome. How do all of these changes translate into his fantasy projection?

Jones projects for around 10 targets, 5 receptions, and 70 receiving yards in 2021. This is not the fantasy production you’re looking for.

Jones is undrafted, according to Fleaflicker. He has an ADP of 281.57 as the WR128 overall in pay-to-play fantasy formats such as the National Fantasy Championship. On Sleeper, he is also undrafted.

Nope. Carr’s play has been solid over the last two seasons. In fact, he’s averaged 19 fantasy points per game since 2019. Nevertheless, Carr isn’t projected to have enough pass attempts to support more than two fantasy-relevant receivers on the Raiders.

Waller and Ruggs are projected to finish with the largest target share in Las Vegas. Moreover, Edwards, Brown, and Renfrow are all ahead of Jones on the pecking order.