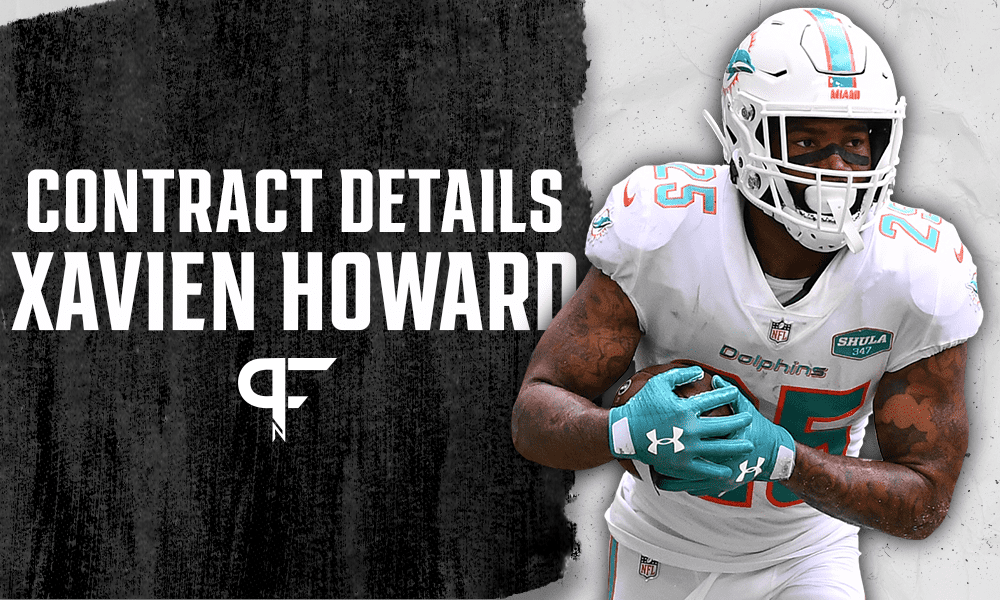 Following the Xavien Howard contract restructure, what is his salary situation, and what choices do the Dolphins have next offseason?

During the 2019 offseason, Howard signed a five-year contract extension. The extension was worth $75.3 million in total and contained $27.2 million in full guarantees. Howard’s contract contained a $7 million signing bonus and a $7 million roster bonus for 2019. The remaining guarantees were in the form of his 2019 and 2020 salaries.

As part of the contract restructure, Howard can now earn a further $3.5 million in incentives in 2021. That means Howard can now earn up to $16.3 million in 2021. Additionally, Howard’s per-game roster bonus of $500,000 and his $100,000 workout bonus in 2022 have been converted to base salary and the entire salary is guaranteed for injury. Of his base salary in 2022, $6.775 million is fully guaranteed at the time of signing this restructure.

Howard still has four years remaining on his contract

What impact does Howard’s deal have on the Dolphins’ salary cap?

In 2021, Howard was due to count for $13.5 million against the Dolphins’ salary cap. That cap number was made up of a $1.4 million prorated signing bonus with $12.1 million in base salary and a $25,000 workout bonus. However, those cap numbers will increase if any of the new incentives for 2021 are considered likely to be earned.

What options do the Dolphins have with Howard’s contract?

This contract restructure makes interesting reading for Howard and the Dolphins. Having his full salary for 2022 guaranteed for injury will be some peace of mind for Howard given his injury history. Additionally, having $6.775 million fully guaranteed means that even if he struggles in 2021, the Dolphins have a reasonably tough decision to make in terms of any release.

As part of this contract restructure, the Dolphins have provided assurances that they will renegotiate a deal next March. On the first day of the 2022 league year, Howard’s $12.975 million salary becomes fully guaranteed. Therefore, that acts as a de facto deadline for the Dolphins to complete any negotiations.