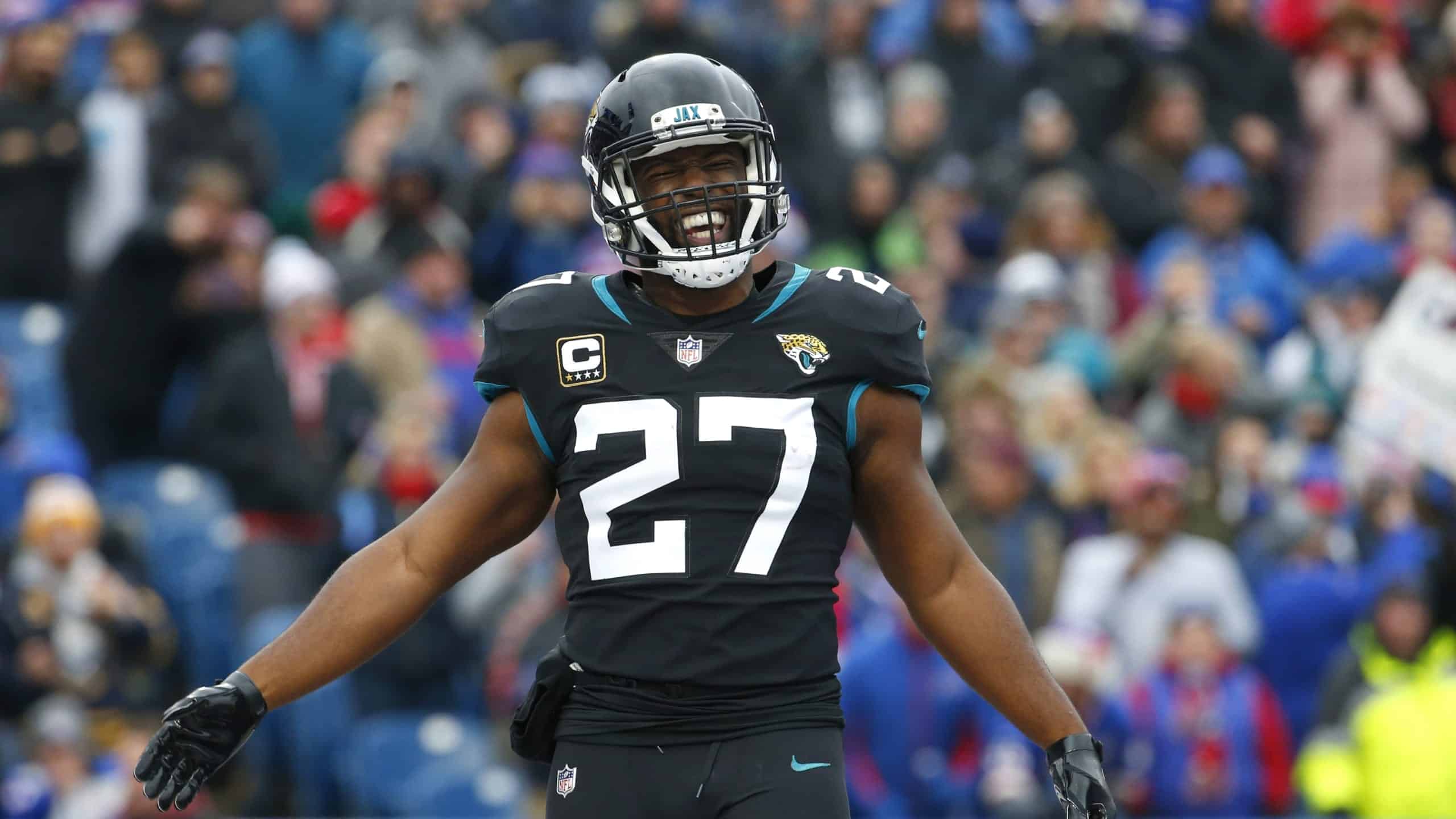 Image Source: Jaguars.com
What's in this article? Click to show
Leonard Fournette and the Offensive Share Metric
What contributed to his success?
Fournette in 2020

If the Buccaneers offense didn’t already look scary enough to the rest of the NFC South, their newest weapon has brought some thrill to Tampa Bay. Earlier this week, the Buccaneers front office added running back Leonard Fournette to the roster. Fournette rushed for over 1000-yards last season in Jacksonville and was a top-10 back in the league for individual production. With Tampa Bay building their high-octane roster for 2020, let’s look at what his production can add to the Buccaneers offense.

The 2020 season will be Fournette’s fourth year in the NFL. He has spent the last three seasons building up quite an impressive resume. Since 2017, Fournette has amassed 2,631 total rushing yards, 1,009 receiving yards, 19 touchdowns, and averaged 4.00 yards per attempt. And when graded on the amount of production that he brought to the Jacksonville offense, he has been stellar.

What contributed to his success?

So what causes these consistently high-value grades for Fournette? In 2019, Fournette was one of the most defended against running backs in the NFL last season. On almost 32% of all his touches, he was running up against at least eight defenders stacked against him in the box. That is a very aggressive number — the 10th highest for the season.

But that didn’t stop Fournette. He was still able to provide for his offensive against the heavy opposition. He ended the year with 1,152 rushing yards, the sixth-highest rushing total among all backs. He also averaged 4.3 yards per attempt, which was in the top third.

Because of his strength and talent, his number can be called in almost any situation and his consistency equals reliability for his quarterback. He can also be a threat in the passing game as well. Remember, he has over a thousand receiving yards on his stat sheet alongside his rushing numbers. His name on the roster has the potential to change the dynamic of an offense.

The Tampa Bay Buccaneers offense was already starting to look pretty stout. The team of Ronald Jones, LeSean McCoy, Mike Evans, and Chris Godwin has a combined average OSM grade of 24.10 — a solid production grade for an offensive unit. But by replacing McCoy on the depth charts with Fournette, the value of the offense improves to 25.68.

For now, Jones is still listed as the RB1 for Tampa Bay. As the season progresses, I would expect Fournette to be utilized as more of the primary back in this offense. Fournette does a better job of creating more offense for himself without the direct input of other players on the field — something that should be a major deciding factor in who is the primary running back.

The Bucs should be exciting to watch this season. Godwin and Evans are both playing at high levels right now and get to play with Tom Brady. And with this newest addition at running back in Fournette, this offensive team is looking more well-rounded than it has been in years.