The tight end position has seen a rise in value over the past decade, and both George Kittle and Travis Kelce received massive extensions this off-season. Unfortunately for Washington, the tight ends are the team’s weakest position group in 2020. The only player currently on the roster to surpass 300 receiving yards in an NFL season is Richard Rodgers, back in 2015.

They added some pieces this year in hopes of making it a more competitive group, but there is still a strong case to be made for them as the worst unit in the NFL. With that being said, there is some hope for the position. A highly touted rookie free agent and an athletic former quarterback make up most of the off-season hype, but who else is on the roster and what can you expect from the Washington tight ends in 2020?

How many tight ends will Washington carry in 2020?

If we look at what the Carolina Panthers have done in the past under head coach Ron Rivera, we know he has never emphasized being deep at the tight end position. Carolina was often content moving into a season with only three tight ends on the active roster, which makes it difficult to imagine Rivera’s Washington keeps more than four heading into the 2020 season. So of the six tight ends currently on the roster, which four will stick for the coming season?

A clear top option stands above the pack

The only “lock” for the 53 man roster in my eyes is Logan Thomas. The former Virginia Tech quarterback, Thomas is an excellent athlete who gained the fancy of the coaching staff before the team ever hit the field for training camp.

The way coaches have expressed their plan for him this season, it’s hard to imagine he won’t be on the team. After Thomas though it is a toss-up as far as who else makes the team.

The rest of the depth chart

If I was forming the roster myself, my selections would be Thaddeus Moss, Richard Rodgers, and Jeremy Sprinkle. Moss was a productive player for the top offense in the nation last year at LSU. He’s comfortably the best blocker Washington has to offer and his hands are as sure as they come. Although he lacks even average athletic ability and he’s small for the position, his skill-set fits perfectly as a TE2 in Scott Turner’s scheme.

Related | Back to the Future: Thaddeus Moss brings the heat for the NFL Draft

Rodgers is the only tight end Washington has in 2020 that has produced any quality production in the NFL. His experience in the league will be useful, and he’s a well-rounded player. Sprinkle, still on a rookie contract, is the longest-tenured TE on the team and has a well-rounded skill-set. Unfortunately, a case of the drops has plagued his career.

Who will be left out in the cold?

The two men left out would be Hale Hentges and Marcus Baugh. Hentges was actually a bit of a surprise last year starting four games and producing over 100 yards receiving on the season. However, he does not possess the necessary quality to warrant roster consideration over any of the other players listed. Baugh hasn’t seen any NFL field time yet but had a few productive seasons at Ohio State.

The 2020 Washington tight ends are an uninspiring group and will be one of the weakest positions on the team this season. Washington will be hoping for production from a unit that has never proven that they can produce. Ideally, Thomas’ athletic ability can shine in a system that will give him opportunities he hasn’t yet seen in the NFL. However, entering his fifth year a massive breakout seems unlikely. Do not expect much upside from this group, but the floor of the unit could be better than you expect with a number of good blockers on the roster. 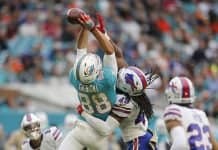 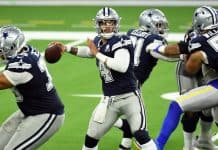