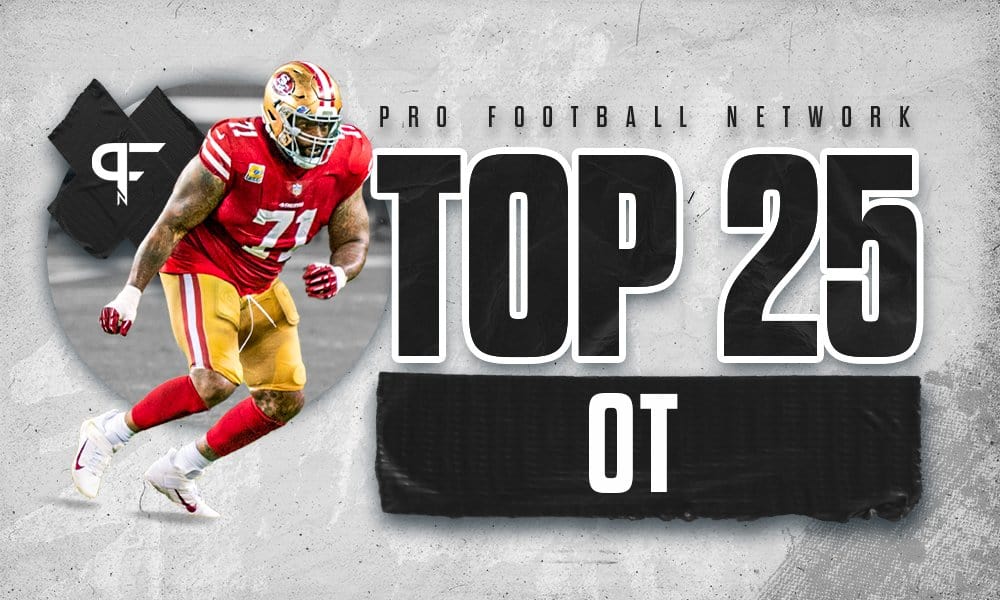 Who are the top offensive tackles in the NFL going into the 2021 season?

La’el Collins gave Dallas zero snaps in 2020 because of injury. Collins entered the league under strange circumstances, but he has really improved and stood out before missing last year. He can be a dominant right tackle and showed that in a big way a year ago on one of the NFL’s best offenses. Dallas could again be near the top of the league on this side of the ball, and Collins could be a big reason why.

The Chiefs traded for Orlando Brown after he wanted out of Baltimore because he was blocked from playing left tackle (rather than the right side) by Ronnie Stanley’s return from injury. Brown is just more comfortable on the left, even though he looks and moves more like a right tackle, although such lines are blurrier now than ever.

Kansas City paid a premium for Brown, who just recently turned 25 years old, as they have totally rebuilt their offensive line going into the 2021 season. That being said, Kansas City’s offensive scheme could not be any more different than the one Brown excelled in with the run-heavy Ravens.

After being selected in the first round, the beginning of D.J. Humphries’ career was rather rocky. But he has really put it together as of late. He’s not the biggest or most powerful player on this list, but Humphries has become an effective run blocker, particularly in space. At 27 years old, Humphries is still an ascending player.

Taylor Moton doesn’t get a lot of recognition, but he keeps improving every year. He is clearly the Panthers’ best lineman and will be instrumental in Sam Darnold’s future in Carolina. Moton is still only 26 years old but highly accomplished.

Duane Brown has been playing at a high level now for a long time. He’s one of the NFL’s best offensive tackles over the last 20 years and has solidified the Seahawks’ left tackle spot after Seattle traded for him to protect Russell Wilson’s blindside. Even at 35 years old, he isn’t showing any signs of slowing down.

A former first-round pick, Garett Bolles’ career started out poorly as a penalty-taking machine. Then the Broncos hired Mike Munchak as their offensive line coach, and Bolles’ career made a 180-degree turn. He is now one of the league’s better left tackles, and the Broncos have invested in him as a foundational player.

As was the case with many of Philadelphia’s offensive linemen last year, injuries were a big problem again for Lane Johnson, who recently turned 31 years old. He only played 405 snaps in 2020. A great athlete, Johnson is one of the top pass-blocking right tackles of this generation. Reliability is a problem, and slotting Johnson in these rankings wasn’t easy. But when he is right, he can be borderline elite.

At his best, Tyron Smith is near the top of this list, and the high points of his career might surpass anyone at this position over the last decade. But Smith is hard to count on right now, and injuries have taken their toll. After playing just two games last year, this is a pivotal point of his great career, and it isn’t easy to slot him properly on this list. This ranking might be a little generous compared to what Smith was in the past.

With Marshal Yanda retiring before the season and Ronnie Stanley falling to injury in Week 8, Baltimore’s offensive line lost its two best players in a short span. Orlando Brown ably replaced Stanley at left tackle, but the cumulative effect of losing Yanda and Stanley, a prototypical left tackle, was huge. Baltimore will welcome him back.

Offensive linemen never get consideration for Rookie of the Year honors, but Tristan Wirfs’ rookie year was at least on par with what Justin Herbert did for the Chargers. Furthermore, Wirfs got himself a Super Bowl ring in his first NFL season. He also played more snaps than any offensive tackle in the league in 2020. If you were building an NFL team from scratch and got to pick one offensive lineman to build around, that pick should be Wirfs.

Ryan Ramczyk came into the league as a first-round pick and has owned New Orleans’ starting right tackle spot ever since. There might not be a more consistent player on this list than Ramczyk, who has excelled week after week for each of his four seasons in the league. Few players begin their career in such an impressive fashion.

The Texans gave up a ton to acquire him, but don’t hold that against Laremy Tunsil. This guy is a natural left tackle. He has great feet and overall athletic ability with excellent size and length for the position. There are tough times ahead in Houston, but left tackle is one spot that the Texans need not worry about.

Terron Armstead is gifted. He is a great athlete that can recover better than most tackles. Armstead plays with excellent bend and a blend of power and change of direction that you rarely see. He has been an exceptional performer for the Saints over a long stretch of time now and is putting together a potential Hall of Fame résumé.

This is probably the gold standard for pass blocking in the NFL right now, and David Bakhtiari does it exceptionally year after year for the Packers. His consistency is unmatched. What is crazy is that Bakhtiari might actually be improving in the run game. He’s a great one.

Trent Williams is a special player. He took a year off and then changed teams to join the 49ers in 2020. And he was better than ever.

This is a dominant player that has rare traits for the position and dominates in both phases. San Francisco rewarded Williams handsomely for his services to ensure that he didn’t take his great play elsewhere. However, Williams will be 33 years old soon.

Keep Reading! Top 25 guards and centers in the 2021 NFL season