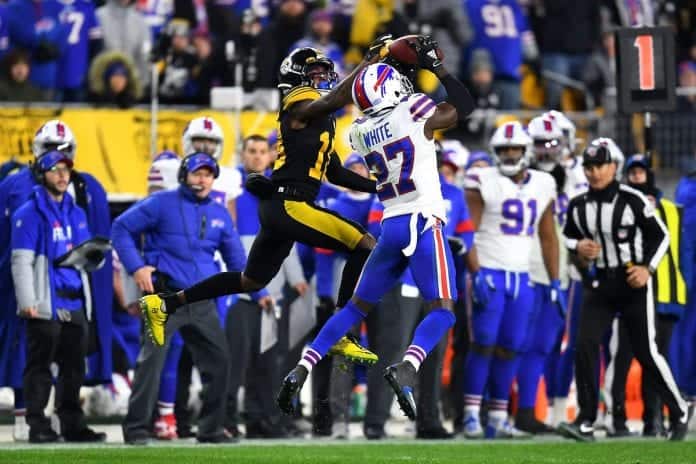 The top 25 NFL cornerbacks heading into the 2020 season

For one reason or another, I’ve always been drawn to the cornerback position. While I was certainly captivated by the bravado they carry, I was more so fascinated by their ability to handle individual battles, often on an island, against some of the best athletes in the world week in and week out.

As the athletes at the wide receiver position continue to evolve, so do the players tasked with slowing them down. This list below features many familiar names that have remained among the elite for the better part of the past decade, but it also includes a plethora of the immensely talented new wave of cover men poised to make strides in 2020. So, without further ado, let’s look at the top cornerbacks in the NFL.

Disclaimer: The list below is my opinion, based on the information I’ve gathered from the 2019 season.

Top 25 cornerbacks in the NFL

Despite a productive three-year run with the Atlanta Falcons, Poole’s one-year, $3.5 million free-agent deal with the New York Jets last offseason was met with little fanfare. While Gang Green endured a turbulent 2019, Poole was one of the team’s top performers week in and week out. In fact, aside from safety Jamal Adams, Poole was the Jets’ most consistent defensive back on the roster. Poole is a versatile, hard-nosed defender, lauded for his intelligence and ability to diagnose plays. He re-signed with the Jets in the early stages of free agency, keeping him in East Rutherford for at least another season.

When Kenny Moore entered the NFL as an undrafted free agent from Division II’s Valdosta State three seasons ago, to say the odds were stacked against him would be an understatement. The 5-foot-9, 179-pound defensive back not only made the Colts’ final roster — he went on to start five games as a rookie. Moore has become a mainstay in the Indianapolis secondary, establishing himself as one of the premier nickel cornerbacks in the game.

Bouye had his moments with the Jacksonville Jaguars, but never quite lived up to the sizeable free-agent contract he commanded three years ago. Following the October trade that sent Jalen Ramsey to the Rams, however, Bouye had a chance to assume the role of a top cornerback. While he showed flashes, he ultimately wasn’t consistent enough and was traded to the cornerback-needy Denver Broncos for a fourth-round pick. Still just 28 years old, Bouye has the physical tools to resurface among the upper echelon at his position under defensive-minded head coach Vic Fangio.

Shaquill Griffin’s steady improvement over the past three seasons culminated with Pro Bowl honors in 2019. An aggressive, physical defender, Griffin was thrust into the starting lineup as a rookie and has become the centerpiece of a Seattle secondary looking to piece together the modern-day version of the Legion of Boom. Griffin offers an All-Pro upside in 2020.

After spending time with the Bengals and Patriots as a rookie, Troy Hill, an undrafted cornerback from Oregon, eventually caught on with the Rams. Mostly serving as a depth piece and core special teams member early in his career, Hill went on to start a combined 16 games over the past two seasons, including nine last season. Though he possesses average size for the position, Hill is an extremely fluid, instinctual defender with exceptional click-and-close ability. He’ll get his chances to make plays in 2020, lining up opposite Jalen Ramsey for a full season.

Knee injuries have plagued Xavien Howard over the past two seasons, so some may forget just how dominant he was when at the top of his game. Howard, who turns 27 in July, will be part of a new-look Dolphins defense that added Byron Jones, Noah Igbinoghene, Raekwon Davis, and others as part of their offseason revamp. Now healthy, I expect the physical perimeter defender to return to his All-Pro ways in 2020.

The Giants signed James Bradberry to a lucrative three-year, $45 million free-agent contract with hopes of slowing NFC East aerial attacks. While not nearly as proficient as a man defender, Bradberry is a terrific zone cornerback and should thrive in defensive coordinator Patrick Graham’s system. As high as his ceiling may be, however, time will tell if the signing was a wise allocation of resources.

I could have easily gone with his teammate Steven Nelson here, but there is something to be said for Joe Haden’s continued high level of play at 31 years old. The savvy veteran has proved to be remarkably durable over the past two seasons, missing just one game, and has accounted for 29 passes defended and seven interceptions during that span.

The Chargers have an immensely talented secondary (more on that later), and one of the unit’s key components is Desmond King. Primarily the Chargers’ nickel cornerback, King offers the versatility to line up anywhere on the back end. In addition to his versatility, King possesses plus ball skills, an astute football IQ, and a strong coverage acumen. With Chris Harris Jr. coming over from the Broncos and Casey Hayward holding it down at the other cornerback spot, King should be in for a breakout year.

Quinton Dunbar, who has quietly been playing at a high level for multiple seasons now, often gets overlooked when highlighting the top cornerbacks in the NFL. The lengthy defender began his career as an undrafted free agent, before working his way to the top of the cornerback ranks. This season, Dunbar will team with Shaquill Griffin in Seattle, giving the Seahawks one of the top cornerback tandems in football.